By Shoebat Foundation on August 10, 2017 in Featured, General 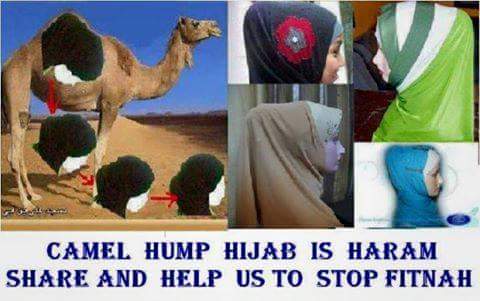 If you are an American and still do not understand the meaning of ‘Hijab‘ and ‘Bakhshish‘ then you get an ‘f’ on your middle-east studies. So here is a crash-course from a story that will blow your mind on how Arabs buy U.S. politicians. When a trove of diplomatic correspondence pilfered from an email account of UAE Ambassador to the U.S. Yousef Al Otaiba it revealed that the UAE was on pace to contribute $20 million worth over the course of 2016 and 2017 to the Middle East Institute, one of Washington’s leading think tanks. This is what it costs to buy U.S. politicians and public opinion to turn everything Middle East in accordance to Arab (not U.S.) foreign policy.

So now you know what ‘Bakhshish‘ means, right? This ‘bribe’ must also have a cover. ‘Hijab’ literally means a covering of a shame which is why Muslim women dress up in one and in America it can be colorful and deceptive.

This is why on Shoebat.com we always said to never trust analysts and ‘think tanks’ since the funder (the one who is paying the bakhshish) dictates the outcome. This time its UAE Arab money and its all covered up with a Hijab, which completely blocks off the shame from being seen by the naked eye.

The outsized contribution, which the UAE concealed was to have the institute (according to the agreement) to “augment its scholar roster with world class experts in order to counter the more egregious misperceptions about the region, inform U.S. government policy makers” and “to convene regional [U.S] leaders for discreet dialogue on pressing issues.”

In other words, money will buy U.S. Policy in the Middle East.

Founded in 1946 MEI is a major influential player in Washington foreign policy circles. These then of course regularly appear on cable news, author papers, host private briefings and appear on panels in between stints in government. Washington itself is awash in money from both foreign corporations and foreign governments.

To put it more bluntly, if you do not mind that the UAE runs U.S. Middle East foreign policy, then the MEI is for you. After all, the UAE bends U.S. policy in a more militant direction toward UAE’s foes, Iran and Qatar whom you might hate. But keep in mind this also boosts Saudi Arabian influence who is a main causer of the crisis in the Middle East. Who cares after all about all the people who are dying since money talks, right? But the crucial issue is that you, as a U.S. citizen, should not trust much of what comes out of the mouths of ‘experts’ and are better off trusting what comes “out of the mouth of babes” on things ‘middle east’.

And this is not the first time that MEI was hunting Arab petrodollars. In April 2008, Mac McClelland Jr., then a UAE-based consultant, reached out on behalf of MEI president Wendy Chamberlin to tell Otaiba he had committed to raising $50 million from the UAE for the MEI institute.

And what was this $50,000,000 for? “I suspect that now is the right time to approach the respective leaders [of the UAE] given the huge liquidity in the country as well as the obvious need to promote Arab/Muslim awareness in the US,” offered McClelland in one of the leaked emails.

Well, am sure that you as an ‘American’ still do not mind, right? After all, the UAE is a U.S. ally and ‘loving Muslims’ is a biblical mandate after all. So why not get paid for it, right?

But hey, even a Muslim bakhshish (bribes) has room to maneuver, Otaiba responded to McClelland telling him that he was asking for an awful lot since petrodollars do not grow on trees in the treeless deserts of Arabia. Otaiba negotiates back: “I’m aware of MEI’s fundraising drive and I’ll do what I can to help support it but I feel its important to manage expectations. I think the numbers you’re mentioning are a little far off our original estimates.”

The chairman of MEI’s board, Richard Clarke (former top national security adviser to both Bill Clinton and George W. Bush) was cheeper to buy in the past when he has been particularly openly critical of the Saudi government, until of course he received his last ‘bakhshish’, a miserable $500,000 check when Clarke once walked out of the Saudi embassy meeting with al-Jubeir.

Its bakhshish talks and camel dung walks, all dressed up in a Hijab. For more of the juicy details on this story, see Ryan Grim at The Intercept. So this time its Arabs bribing Americans to keep the prices of Hijabi camels up. Who do we blame this one on? Lets see … the Jews.