You are here: Home › BREAKING: 400 More ISIS Terrorist Infiltrated Europe. Trump Was Right. Learn Why It Is Impossible To Stop The Bombings Unless We Ban Muslim Immigration Completely

This is huge. The bombing story in Brussels is nothing. It is simply one classic story for hundreds more to come. The two of the suicide bombers who targeted Brussels Airport and the city’s subway system are simply 3 out of 400. The 3 who were identified Wednesday as Belgian brothers Khalid and Ibrahim Bakraoui, and one who has been apprehended are simply the tip of the dung pile stemming from Muslim immigration. In this we will journey with you into the impossibility and the complexity of fighting this epidemic unless as Trump suggested, the West stops all Muslims from entering. Most do not understand the capabilities of these terrorists are enormous and will cripple an entire society.

First of all, there was no information available about the man seen on the left-hand side of an image from an airport security camera released Tuesday. Ibrahim Bakraoui appears in the middle of the image (seen above), and Belgian and other European media have said the man on the right is believed to be Najm Laachraoui (They don’t even get the name right, the correct spelling is Najm Alashrawi) who was apprehended in the city of Anderlecht, not far from Brussels.

The media hypes it up trying to tell us that these guys were sophisticated:

“the fact the suspects used it without accidentally blowing themselves up is a testament to their skill in building home-made explosive devices. The same explosive was used in the Paris attack and the 2005 London transit bombings. Triacetone triperoxide (TATP), the explosive used in the attacks, can be made from products available at drug stores and acid, requiring the distillation of hydrogen peroxide in large quantities. “To make an effective bomb from it requires so much material that it isn’t often used,” European terrorism expert Duncan  Gardham said. “It also requires an electronic detonator that is not easy to come across.”

Nonsense. Everything you hear about sophistication, better screening, or improving security at airports is utter nonsense. Muslim terrorists are in the hundreds of thousands and they can penetrate the West as easy as cutting through butter.

“an electronic detonator that is not easy to come across“?

Just how easy it is to get in the West, make and detonate bombs, suicide belts, launch rockets … its a breeze.

First lets look at Alashrawi. Alashrawi is accused of involvement in the terrorist bombings at the airport yesterday. The police found the material used in the explosive, simple chemicals one can purchase at the local store, which was used in the terrorist attacks in Paris last November as well.

Alashrawi was being monitored since December 4 2015 and it didn’t work since it is easy to escape any detection by simply buying a new ID. The police had found his false identification under the name “Sofyan Kayal” accompanied by one named Saleh Abdel-Salam on the border between Hungary and Austria. Looking up the name “Kayal” in police databases yields nothing.

Alashrawi is from Belgium, was born on 18 May 1991 and was the first Belgian group that joined the terrorists in Syria and is code-named Abu Idris. This makes it impossible to detect unless intelligence has spies within ISIS. What agent wants such risk for his wife to watch him beheaded on Youtube? 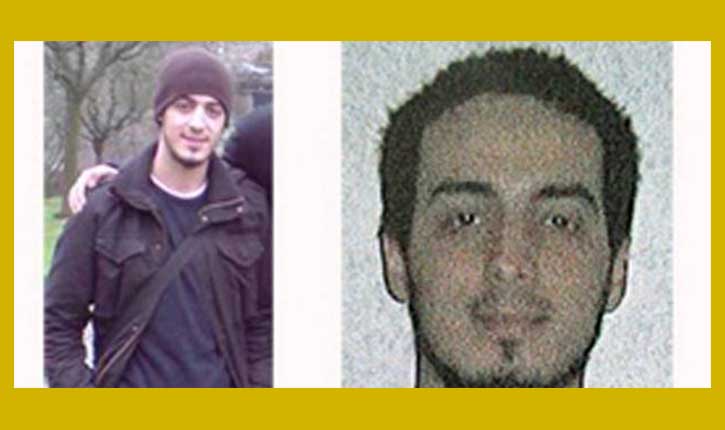 Over a year ago, Shoebat.com explained in detail how the FBI were not cracking down on Google and Youtube allowing terror networks to download thousands of training material on videos and websites showing lone wolves how to construct explosives (see here).  Any ISIS lone wolf can find detailed instructions on a step-by-step manuals some even in English but the bulk is in Arabic where homegrown terrorists can feast their eyes on an assortment of websites that give detailed instructions on how to make TATP and even C4. That including mechanisms, detonators, igniters …rockets rocket launchers … the works. Just click on the links I provided. None of these have been closed by homeland security.

Youtube is busy removing us for speaking against homosexuality since it is offensive to expose why its wrong for men to penetrate other men while its okay to publish how to penetrate the entire West to carry out massacres. The instructions even have background songs “slit their throats where you find them and behead them …”

As far as making the explosives in high volume, one can find videos by Muslims on how to convert a ranch, collect manure and make the best top quality explosives by the ton without ever being detected. Material to make rockets.

All these are only the recognized terrorist groups.

These are not even on the terror list and they transfer to ISIS in a heart beat by the droves since the goal is martyrdom.

How is that for a suppository for any screening officer at the airport, border or immigration office who does not even know how to pronounce or spell these organizations or the different varieties of spelling Muslim names?

Keep in mind that no Muslim who applies will ever state on his application that he is part of any of these groups.

Anyone who thinks that the U.S.  or Europe are properly vetting or can vet these terrorists they are dreaming. They cannot even monitor a few terrorists. What happened in Belgium was connected to the first mastermind Abu Umar Al-Susi. Prior to the attacks in Paris, the Syrians published about the mastermind Abdul Hamid Abu Oud also known as Abu Umar al-Baljiki (the Belgian). What is not known in the west is that he used the ISIS codename Abu Umar Al-Susi “أبو عمر سوسي” and that this sick puppy mastered the art of beheading and there are thousands of Muslims who behead. He stems from an entire culture that beheading has become a norm. Muslim hardliners are taught since childhood how to be cunning, bratty, racist, outwitting and downright bully and have no remorse for others not of the same religious persuation. These bratty children have seen ample beheadings as casual and as normal as American children went fishing and watched the fish suffocate.

Abu Umar Al-Susi. Unlike me who is rude, Al-Susi is a very nice guy. Westerners love nice people who enjoy fishing. How would you like to invite someone like Al-Susi to a fishing trip?

This is Abu Umar The Belgian (Abu Oud). Do you want this guy fishing with your kids?

I have watched thousands of beheadings and I am numb to the process. Abu Oud easily escaped scrutiny, joined ISIS and also has videos of him dragging bodies behind his vehicle yet he with all this sick  experience slipped through the cracks into Europe because these can easily obtain a genuine ID of a dead martyred terrorist or an assortment of thousands of IDs collected from their victim.

It was easy for this sick puppy (out of millions of sick puppies) to mastermind the Paris attacks that killed at least 129 people just like Brussels 34 victims. The Belgian was very known and his photo was made public and was a leader of an Islamic State (Isis) cell who was sought by police and he slipped through the cracks. After all Middle Easterners all look alike and they either shave or grow a beard and with a valid ID no one can catch them.

The success in the last few years in catching some terrorists has been due to amateur local lone-wolves in which they were able to set them up in sting operations. When it comes to Muslim migrants, this will not be the case. These do not have to solicit for guns or ask for explosives. They already know exactly what to do.

Abu Oud is considered “Belgian” but in reality, he is Moroccan by origin and had quite the wrap sheet. He was first named by police as a wanted extremist after a gun battle in eastern Belgium in January during a raid on an Isis cell. Asked by the ISIS magazine Dabiq why he became a suspect, Abu Oud said: “The intelligence [services] knew me from before as I had been previously imprisoned by them. After the raid on the safe house, they figured out that I had been with the brothers and that we had been planning operations together. So they gathered intelligence agents from all over the world – from Europe and America – in order to detain me.”

Did they succeed in catching this guy? No.

Muslim terrorists have the ability to “go dark”. U.S. intelligence agencies are finding it nearly impossible to track communication among the terrorist organization’s members. Many officials have blamed the group’s adoption of sophisticated encryption software, such as the web browser Tor or the messaging app Telegram, for the inability to identify potential threats. Security now has a tougher job, to avoid being monitored, they’ve shifted to encrypted chatting platforms becoming increasingly careful to secure their communications. A member’s ability to encrypt is an important factor in how the organization values him or her as an operative. As a result, members are learning different tools faster, creating a much bigger problem for intelligence agencies trying to track their communications. Then you have group chats on Telegram that are specifically dedicated to propaganda can have up to 16,000 members, and are growing by the thousands every day.

And for Americans who might think that technology is their specialty, that this would not be a tough nut to crack, think again. Security agents monitoring a Telegram group (which has tens of thousands) requires each  agent to participate in a series of discussions intended to vet your beliefs in order to be fully accepted. In other words, in the U.S. terrorism task forces that moved from drug busting into terror busting now must be like myself and know Islam inside out and speak fluent Arabic. Good luck with that.

And its not only knowing Islam, they must know how to conduct such discussion in Arabic knowing about the various religious edicts to terrorist incidents to specific battles.

This requires a ton of Arabic speaking Islamophobes like myself. And the way western government officials treat us in the media appears for speaking out, they instantly support Islam in order to please the devil whom they do not believe even exists.

What more can we do? In a nutshell, all you westerners, unless you completely ban Islam, your’e screwed.

Muslims Go To Christian Man And Stab Him To Death, They Then Send Out This Message To All Christians: Let The Killing Of This Man Be A Warning For All Christians
ARIZONA: Black police officer tells what it’s really like to attend a Donald Trump rally
Follow