You are here: Home › Three American Servicemen Shot Dead In An ISIS Infested Southern Jordan While Obama-Hillary Administration Increase Aid To Muslim Rebels There From $660m to A Whopping $1 Billion Of Your Tax Dollars (Its Time To Save American Lives By Voting TRUMP)

By Walid Shoebat on November 4, 2016 in Featured, General

Why the U.S. sends these American servicemen to southern Jordan, a pro Muslim Salafi area should raise an eyebrow to Americans coming close to the presidential election next week. Pentagon now confirms 3 (not two as previously reported) US military trainers killed in Al Jafr, Jordan, says they came under fire entering military base while US Embassy in Jordan calls it ‘a security incident’.

Yet last November 9, 2015 when a Jordanian police captain sympathetic to ISIS opened fire killing two Americans, a South African and two Jordanians there which the story had a contradiction. According to the BBC: “The Jordanian government subsequently said the police captain had been a troubled individual but security sources said he was an ISIS supporter.”

So which of the two must we believe?

In today’s incident, we are told by the same Jordanian government sources that there was in exchange fire between the American servicemen and the shooter which security claims that the car they were in failed to stop at the gate of the military base. If so, why would the Americans return fire instead of simply stopping? It makes no sense unless they knew they were being shot at unjustly.

“There was an exchange of fire at the entrance to the base after an attempt by the trainers’ vehicle to enter the gate without heeding orders of the guards to stop,” the military source told Reuters news agency. 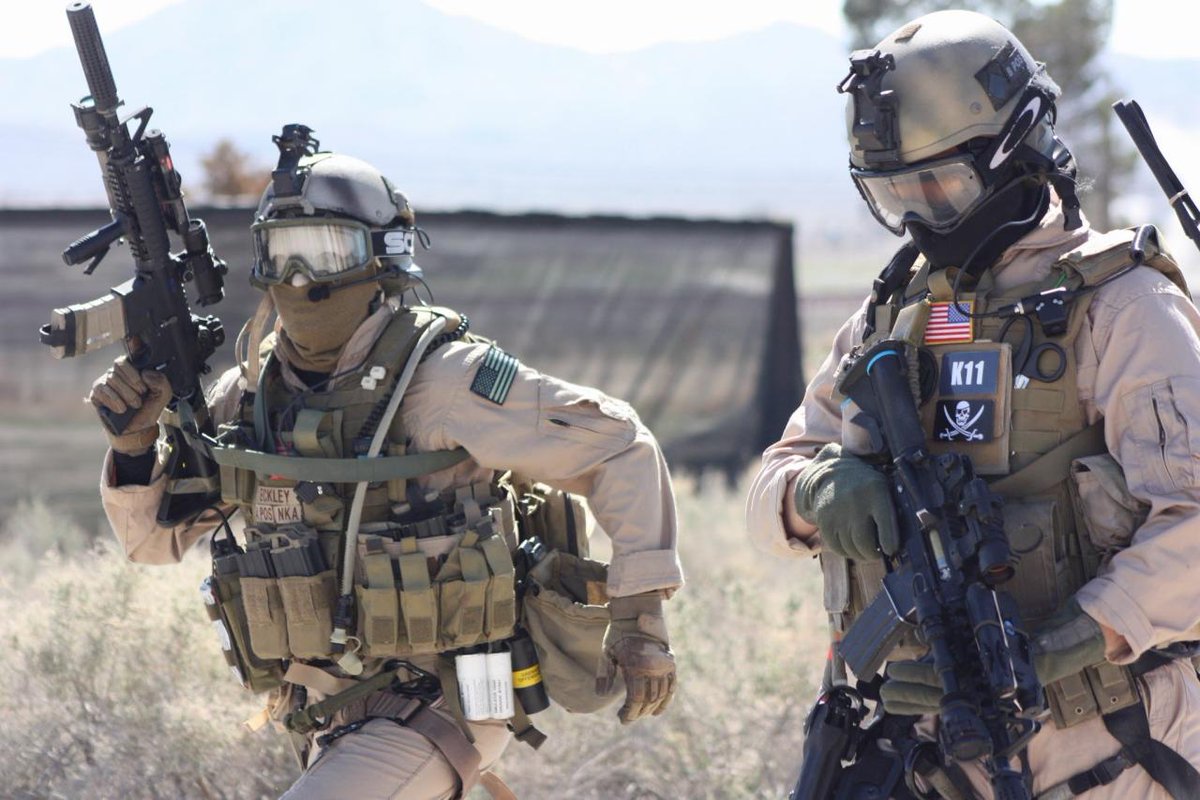 But here is what the news media is not telling you. The incident which occurred at the Prince Faisal airbase in al-Jafr, southern Jordan near Ma’an should raise an eyebrow. This is an area heavily infested by the largest ISIS support community in Jordan. This is a typical scene from Ma’an next door to Jafr which can be confirmed from Middle East sources:

In the report from Al-Jazeera, even the Jordanian government reveals the danger where ISIS there rose from 4,000 to 7,000 strong, many of whom are armed and dangerous.  That is besides Al-Nusra supporters:

Why would the U.S. send trainers to such a heavily terror infested place is madness. US forces have been training what the government deems as “vetted Syrian rebels” in Jordan, and American instructors have trained Iraqi and Palestinian security forces in Jordan as well over the past few years.

Last year, the US announced its intention to increase overall assistance to Jordan from $660m to $1bn annually for the 2015-2017 period.

So lets summarize the logic from the perspective of a falafel vendor. All this waste of lives and money is necessary to fight ISIS, while the American trained Free Syrian Army is known to be Jihadists? In essence, American servicemen are put in harms way training the very elements that wants them dead, while the American taxpayer funds the killing of their own children who join the military. Does the Hillary-Obama Administration have Hummus brains? Thats what the dumb-American right thinks. I would bet a thousand falafels they are not as dumb as you believe Mr. Right Winger. A revolutionist mindset does not mind aiding other revolutionaries, even if they are Islamists. Revolutionaries always want a “change” in how things are normally done for centuries. This was Obama’s slogan after all “change”.

The latter makes falafel sense. Jihadists and revolutionaries are not stupid and the American mediocre minds (both right and left) are no match to a millennia of Islamic deception were these can flip falafels much faster than you can flip burgers:

SHOCK: Wikileaks Emails Reveal Hillary Clinton Campaign Chairman Invited To Participate In Satanic Blood And Sex Magic Rituals With Devil Worshipping Artist
Leaked Email Reveals That Hillary Clinton Was A Major Figure Behind The Creation Of ISIS And The Slaughter Of Christians, And That There Is A Very Organized Conspiracy To Prevent Donald Trump From Becoming President
Follow