You are here: Home › The Antichrist Of Turkey Seeks To Create An Islamic Alliance Of Both Sunnis And Shiites Which Includes IRAN

By Shoebat Foundation on April 13, 2015 in Featured, General

“We have no religion called ‘Sunni’ or ‘Shiite'” said Erdogan reminding the Muslim world that Turkey will  not join a Sunni alliance with Saudi Arabia, but an Islamic alliance of both Sunnis and Shiites which also includes Iran and wants to become the guardian of this new coalition (Ezekiel 38:7)

Erdogan’s true colors are showing, especially after his latest visit to Iran. It was just the other day when Sunni Pakistan and Sunni Turkey were supposed to join Sunni Saudi Arabia and confront the Shiite Iranian expansion. Pakistan was supposed to put  boots on the ground to aid Saudi Arabia in its fight against the Iranian backed Houthis in Yemen. And while Turkey cyber rattled behind Saudi Arabia’s Sunni coalition against Iran, we stated that this ‘coalition’ will not hold together and that there is another arising coalition (explained here and here) where we stated that a different type of alliance with Shiites and Sunnis will arise:

“There is no doubt that a shift and confederacy buildup has happened, but for it to be the final culmination,  Persia, its enemy must ally with Turkey despite the Shiite Sunni divide …”

Things quickly began to fall apart as Pakistan’s parliament rejected Saudi Arabia’s call for Pakistan to “put boots on the ground” which greatly angered the Arabs. Now Iran asked Pakistan, not just to abandon Arabia, but had the nerve to ask Pakistan to join Iran against Arabia:  “Pakistan rejected Iran offer to join anti-Saudi coalition in Yemen” as Israeli Ynet News disclosed. 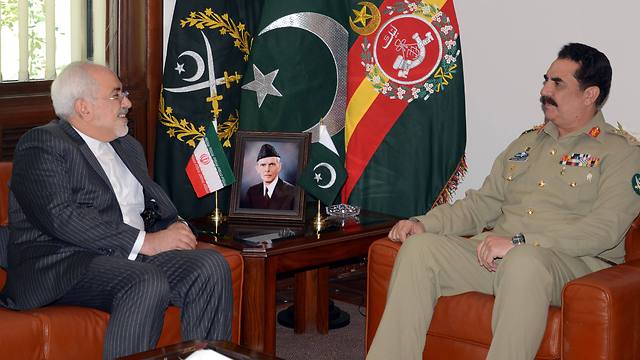 And it even gets worse for the Wahhabists as we predicted in countless articles, that Turkey with its Sufi brand of Islam will advance a union of both Shiite and Sunni states. Turkish President Recep Tayyip Erdogan of Turkey, according to the agency Anatolia, in his speech which was held on Sunday in Istanbul to commemorate the birth of Islam’s prophet Muhammad said this to the Muslim world:

“There is no religion named Sunni or Shiite but there is only one religion called Islam“.

In other words, Turkey is telling Saudi Arabia that it will not back the Wahhbists divisiveness against the Shiites. He also pointed out: “the devastation done by ISIS is very difficult to comprehend that even the enemies of Islam won’t carry such atrocities” adding that “what was done by ISIS surpassed all limits, including the aggression by our enemies. What ISIS did is not in the interest of Islam but quite the contrary, they greatly harm Islam”.

Who these “enemies” are has now become obvious, Turkey has no current enemies and the Kurds can hardly be labeled as “enemies of Islam”. This definitely means Israel.

Erdogan wants to unify all Islamic sects under the banner of the Turkish Model of Islamic democracy and by this he pleases not only the West, but every Muslim who is sick and tired of ISIS and sectarian divides to unite them against Israel.

As we explained countless times, it is a myth to say that the Middle East is complex. In a nutshell, here is how it works:

The ticket then, playing the devil, in order to have all Muslims stop their “death slogans” against each other and direct them at Israel, all Erdogan has to do is to establish “a covenant of peace with many” factions in order to bring the different factions within the Humpty Dumpty of Islam together even including Israel, which later on God calls “a covenant with death” (Isaiah 28:15) which will happen in Egypt.

For this, Erdogan explained yesterday that:

“sectarianism is what caused Muslims to divide in Iraq, Yemen, Syria and Palestine where Muslims are killing Muslims without mercy nor pity.”

Erdogan called Nawaz Sharif of Pakistan to further support Pakistan’s decision not to back Saudi Arabia but to give lip service that the two nations will defend Saudi Arabia only in case of aggression against its territory. 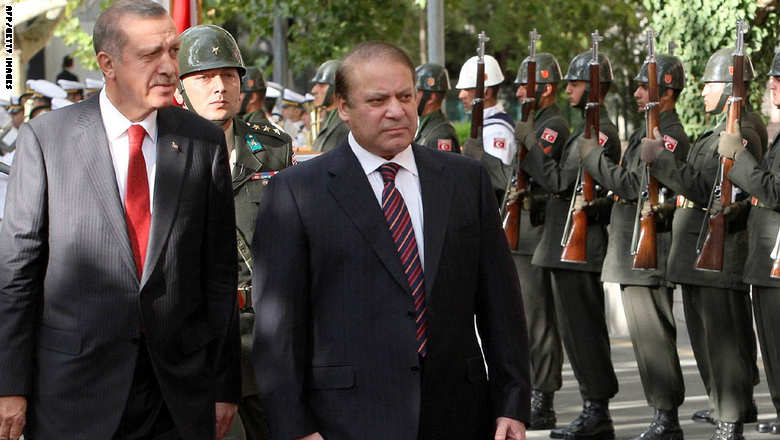 We have been saying this all along. In August 2014 we wrote that:

“Erdogan will not enter any party in the sectarian conflict but intends to use his Sufi brand of Islam to unite the entire Muslim world.”

Far from Wahhabism, Sufism is the most dangerous, not only that because it teaches tremendous violence since it was the Sufis who are the muscle and sinew of the faith advancing it to become the world’s second-largest religion. Sufis are not simply a sect of Islam, but rather heirs of an ancient mystical tradition within both the Sunni and Shia branches of the faith combining their inward quest with war and expansion worldwide. Sufism is also the ecumenical force in which it is the best uniting factor between Shiite and Sunni Muslims.

“This ‘Islamized shamanism’, covering the geographic areas of modern-day Turkey, Kazakhstan, Uzbekistan, Tajikistan, Kirghizstan, northern Afghanistan, the Turkoman province of Iran and the Uygur district of Xinjian province of China will play a major role in the end times and we predict that the Antichrist is likely to be Sufi.”

Indeed, this is what is happening and as we have been saying years ago: Saudi Arabia is being abandoned, so expect the news headlines for the next couple years to be shock to the world, but not to you.

Erdogan, single-handedly was able to do several things as of late. He was able to revive an Islamic theology which enables himself to be declared as God (here, here, here). He seeks to change set laws in Turkey. He seeks now to unite Shiites and Sunnis to be the guardian of the Muslim world:

“Be you prepared, and prepare for yourself, you, and all your company that are assembled to you, and be you a guard to them.” (Ezekiel 38:7)

The “you” is “Gog” “chief prince of Meshech and Tubal,” that is Turkey. And the “them” are “Persia, Ethiopia, and Libya …” (Ezekiel 38:5). Persia is Iran. This verse alone got us to conclude all of our previous reports that Shiites and Sunnis will be the subject of unity and false peace as Erdogan will attempt to be their guardian. Few verses from the Bible could take a library to explain. And in order to stop Libya and Egypt calling “death to Turkey,” Turkey will invade both Egypt and Libya (Daniel 11:42-43) while Arabia (Sheba and Dedan) will take a sideline when Turkey unites the Muslim world with Turkey’s and Iran’s unifying slogan “death to Israel”.

Everything fits, like a glove, and all the misunderstandings should now be put aside.

Most of the wrong views on prophecy stems from a handful of misunderstood verses where anytime we show how the scenario is unfolding they say “but Antichrist rules the entire earth, not just Turkey”. They say this by providing few verses which they can hardly comprehend while they ignore the rest of Scripture and is why limited knowledge is dangerous.

So, have you read your Bible lately? Better yet, reading is not enough, have you thoroughly studied it?

To learn more, get your copy of God’s War on Terror, Islam Prophecy and The Bible.

The Turkish Government Just Said: We Will Make A Response Against Pope Francis
Watch Video Of Grand Mufti of Turkey Sitting In The Temple Of God Announcing Allah To Be God
Follow