You are here: Home › The Sufi Muslim Nation Of Turkey And The Shiite Nation Of Iran Are Now United Against Mecca While Turkish Television Just Announced That Erdogan Must Become Caliph Of The Muslim World

By Shoebat Foundation on June 13, 2017 in Featured, General, Highlight

Years ago you normally read our alarmist headlines as if Armageddon was just around the corner. Sure, we did this to get your attention, but reality is that a verse could take decades or even centuries to be fulfilled. For example, in Ezekiel 38, when one reads “Persia, Ethiopia, and Libya with them.” While this “them” is Turkey, the question is how will Persia (Iran) unite with Turkey and go against Arabia?

This is especially the case when we read later on that the Arabs (Sheba and Dedan) refuses to enter this Islamic alliance. (Ezekiel 38:13)

When it came to Sunni Saudi Arabia versus Shiite Iran, Turkey, officially has always taken the side of Saudi Arabia over Iran. Therefore there is much to consider here in just that one little verse. This doesn’t happen overnight.

But not anymore. This verse is being fulfilled by the day.

Today much of the Islamic newspapers suddenly changed direction to start talking about a “conspiracy by Saudi Arabia to conquer Qatar and Iran.”

Amazingly, even Iran turned its pages from saying that Erdogan is “criminal supporting the killing of Syrians and Iraqis” to “victim of an American conspiracy” as Yeni Shafq Ibrahim Qara Gul writes.

And even in Turkey, the pro-Erdogan Turkish newspapers began to switch its position and defend Iran (biblical Persia) referring to the attacks in the heart of the Iranian capital Tehran, targeting the shrine of Khomeini and the Iranian parliament as a Saudi plan.

Years ago you would never read any newspaper in Turkey taking Iran’s side over Saudi Arabia or in Iran taking sides with Turkey like we are seeing.
But this week it all switched. Erdogan’s Yeni Safak condemned Saudi Arabia claiming that Saudi Arabia seeks to mobilize all Arab countries against Iran:

“Saudi Arabia is seeking to mobilize all Arab countries against Iran. The crisis between the two parties turns into an opportunity for polarization. Iran is close to Qatar to strengthen its relationship with it, to ignite the Gulf differences.”

Erdogan’s Aksham newspaper in its editorial blamed Saudi Arabia as being behind “the latest campaign  and mastermind in the Middle East: a siege in Qatar and a bomb in Iran,” and then quoted the Iranian Revolutionary Guards vowing revenge from Saudi Arabia.

The newspaper “Milad” close to Erdogan also described the United States of America, Saudi Arabia and Egypt as “global war gangs” and claimed that they hit Iran using a preacher, in an editorial entitled “A conspiracy against the nation!”.

A month ago if you told the best of political analysts that Turkey will take the side of Iran over Saudi Arabia they would laugh you off. But show these analysts our decades old reports predicting exactly that this will happen and they would still ignore you for this proves the existence of a God Who draws the destiny of nations in advance and Him giving the keys to unlock all this is only given for a handful few.

For years we told you that sooner or later Turkey will turn on Saudi Arabia and will unite with Iran against Saudi Arabia. To the analyst this was an impossibility since Saudi Arabia is Sunni.

It was two years ago that Erdogan during his trip to Iran said:

The Islamic world is at risk of “disintegration” due to the current conflicts in the region between the Sunni and Shiite strands of the Muslim faith.

First we have to come to the point where Iran unites with Turkey. Turkey to go against Saudi Arabia is not something that will happen overnight.

Only two weeks ago can we say that we have come to this point where Turkey is siding with Iran over Saudi Arabia. Weeks ago it was impossible for any analyst to predict this much fathom this scenario.

It is impossible to understand how the hatred develops for Arabia to be destroyed by her spiritual offspring unless she is hated by them. This means a unity between Shiites and non-Wahhabi Sunnis against Arabia including wanting Mecca out of Al-Saud’s control. This is what Iran this week called on all Muslims to do; to abandon Saudi Arabia. This complete abandonment will not happen unless it is coupled by Turkey’s abandonment of Arabia as well. While all Muslims honor Mecca, this Turkish abandonment is not far-fetched, as we shall examine …The most common misconception by westerners is this Sunni-Shiite divide. Fact is, there is a certain Shiite-Sunni alliance and not a divide. It is from Ali, Shiism’s icon, that stems the progenitor of nearly all Sunni Sufi orders. This is huge. This will encompass Turkey and several central Asian nations leaving Wahhabi Saudi Arabia out. It is truly a Wahhabi-Excommunicated divide and not a Shiite-Sunni divide.

Do you see “This will encompass Turkey and several central Asian nations leaving Wahhabi Saudi Arabia out”?

And what analyst last year would even consider what we have been writing for two decades about such happenings? None would entertain it but it was all true. Now we must wait for all others to completely abandon Saudi Arabia which will take a few years.

And in Qatar they are already adoring Erdogan. Posters and stickers of Erdogan with Sheikh Tamim on cars and walls is seen all throughout the country. Turkey is also sending food stuffs to Qatar to ease the boycott. 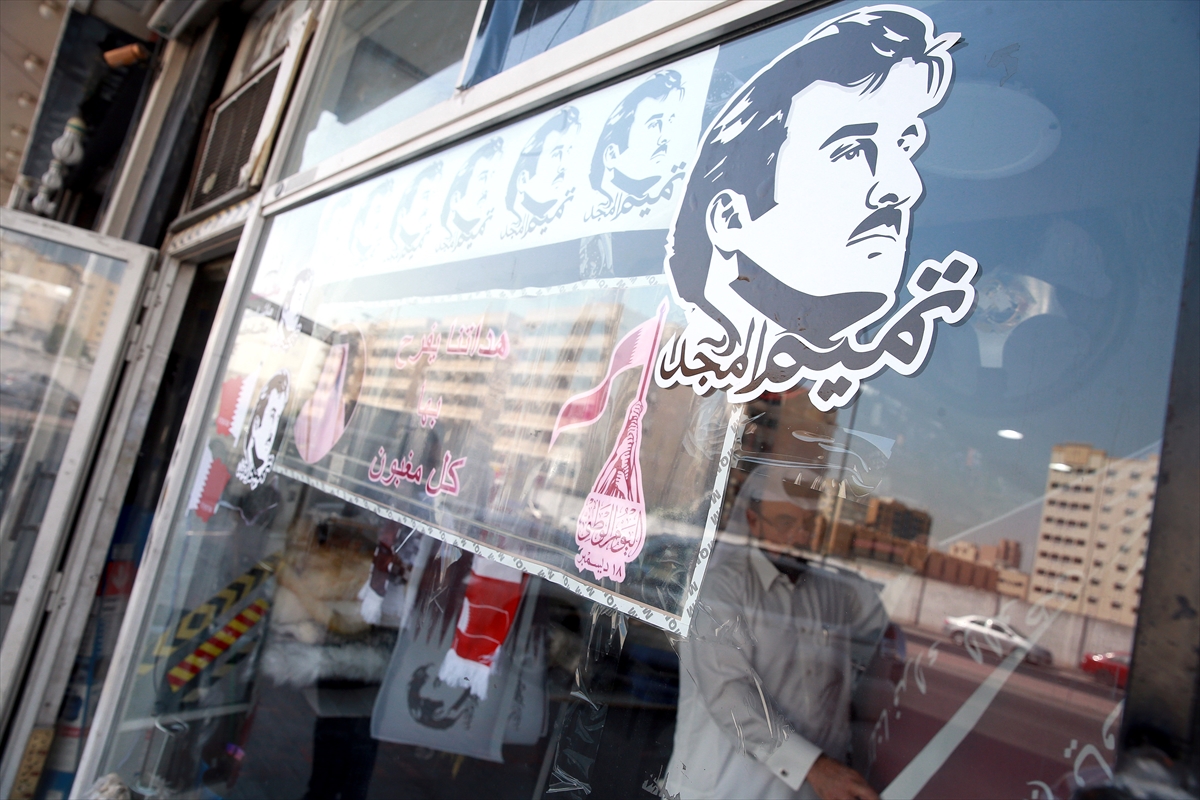 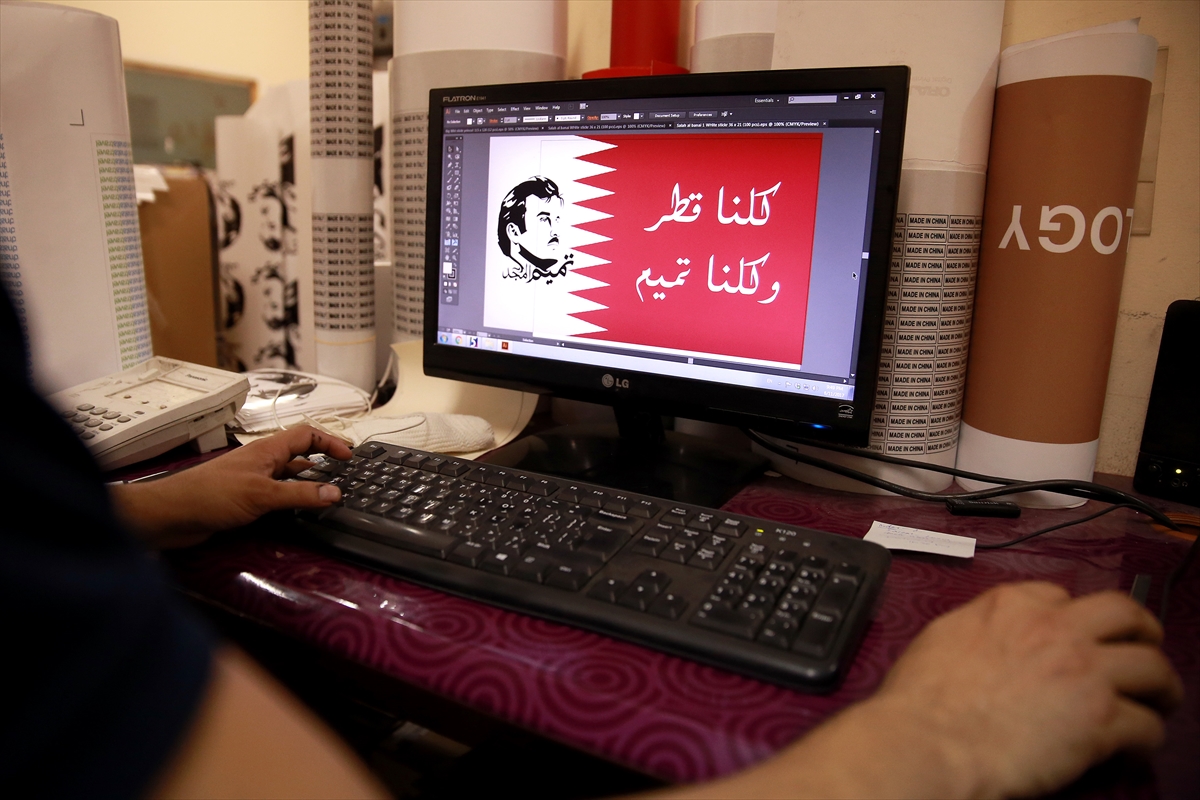 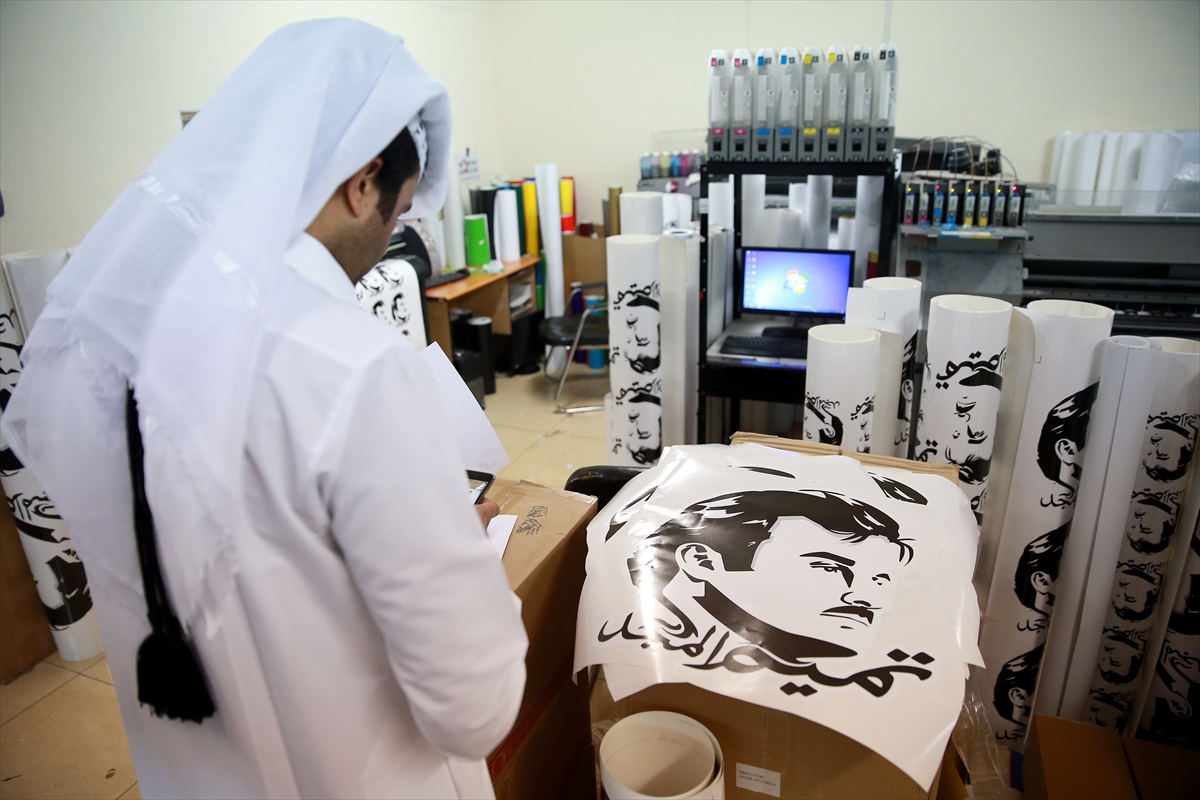 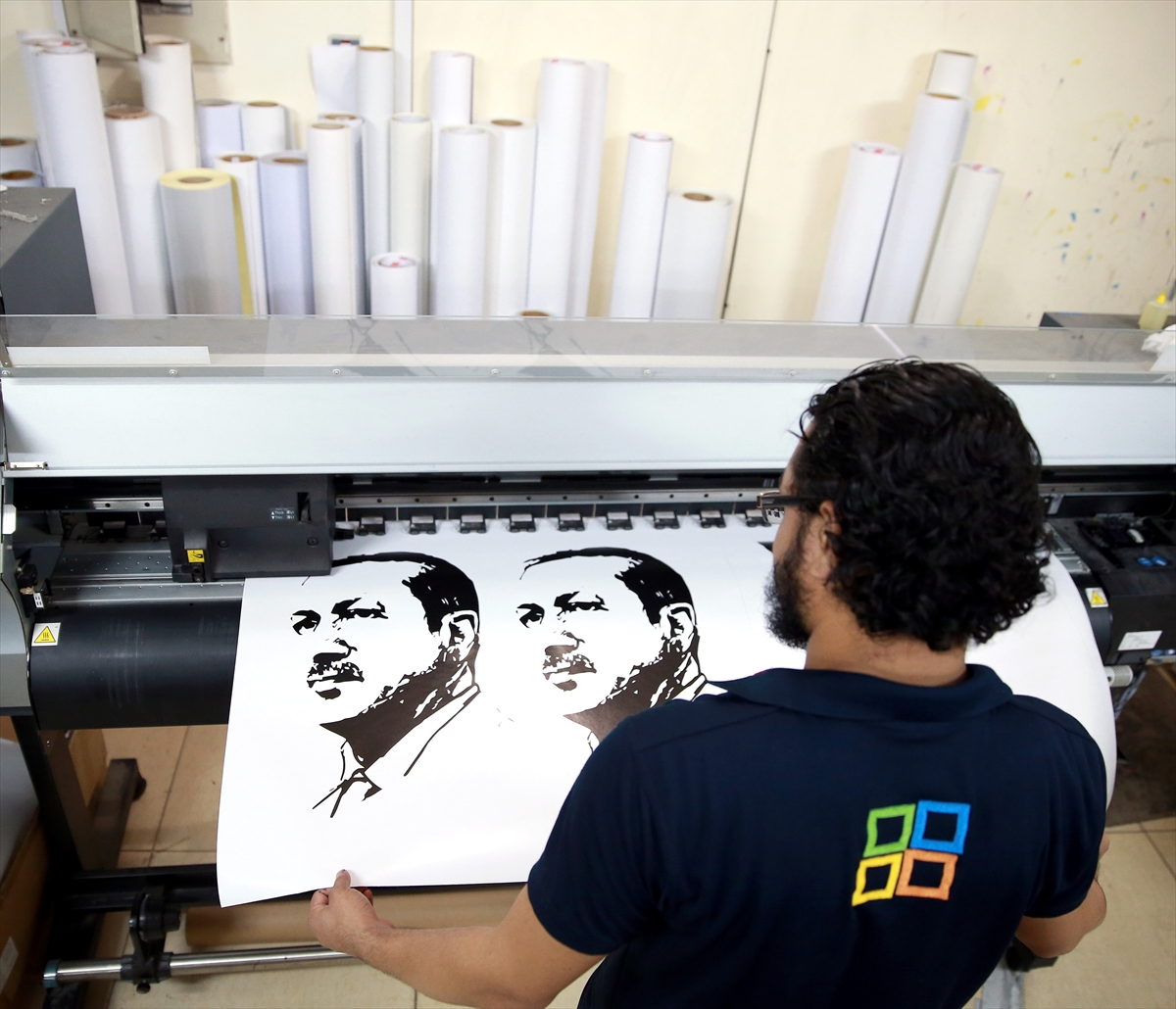 But its not only this. In Turkey itself the media is now openly talking about appointing Erdogan as Caliph. Here, check this out for yourself:

Pro-government Star daily Editor-in-Chief Nuh Albayrak said during a TV show on Sunday that he has been raising the issue of reinstating the institution of the caliphate and suggested President Recep Tayyip Erdoğan become the caliph, saying “Will you find a better caliph than Erdoğan?”

Then there is this ora spreading the notion that conspiracies are being cooked-up to silence the pro-Erdogan movement. He said he has been targeted by government critics for repeatedly raising the “caliphate issue” in his columns in the Star newspaper:

“They [Western powers] removed the institution of the caliphate, which had united the entire Islamic world. Now they have a free hand [in the Islamic world]. I have been targeted for raising this issue in my columns. Someone has to raise it. [Government critics ask] ‘Do you want to make Erdoğan a caliph?’ Yes. Let him be [caliph]. What will happen? Will you find a better caliph than Erdoğan?”

Do you see “I have been targeted for raising this issue in my columns”?

To claim you are being “targeted” has been a tactic by many armchair revolutionaries from east to west playing victimhood. We could write an article every week how we are being persecuted and targeted but we don’t. But it is always the persecutors who claim persecution while the victims have no one to cry out to. From “Robert Spencer being poisoned” (when all he did was consume drugs) to the sodomite “Milo Yiannopoulos is being targeted” today its a tactic to draw much attention.

And all these claim to ‘combat Islam’. Reality is that these are advancing a different agenda: eugenics.

The wise does not pay any attention to everything they read. All manifestations of evil must take their part in the scheme of things. Never listen to anyone who uses “alone” and “all” as a habit in all conversations. Example, you will always hear “if we only get rid of all Muslims” or “all Muslims must die” or “if we only get rid of Islam”. No. Sodom is also evil, eugenics and paganism also play a role in the scheme of things… never focus on a single evil for Christ came to “destroy all the works of the devil”.