You are here: Home › UK Parliament Under Siege One Year Exactly After Brussels Attack And Today A Terrorist Attacks Civilian And Police Officers Killing At Least One

By Shoebat Foundation on March 22, 2017 in Featured, Media

Why we think this is a Muslim ISIS Lone Wolf is that today, March 22nd is the anniversary of the Brussels attack where on March 22nd 32 were killed and over 300 injured.

A policeman has been stabbed and his attacker shot by officers after a major terrorist attack at the Houses of Parliament that saw up to a dozen pedestrians hit by a car, leaving at least one woman dead.

London police said they are treating the attack “as terrorist incident until we know otherwise.”

Witnesses reported at least two bodies on the ground on Westminster Bridge and “one in the water”. St Thomas’ Hospital confirmed one woman has died and a number of others have been hurt – including some with “catastrophic” injuries.

Witnesses said the attacker was shot by police as he approached a second officer clutching his knife during the incident at about 2.45pm. 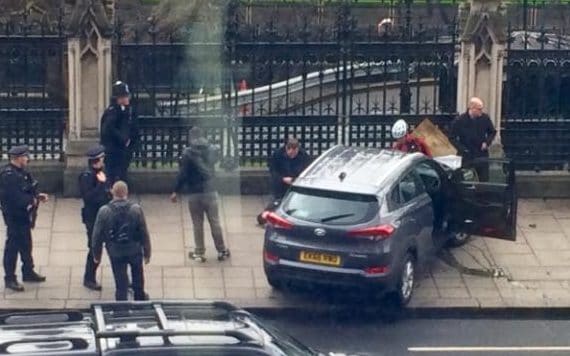 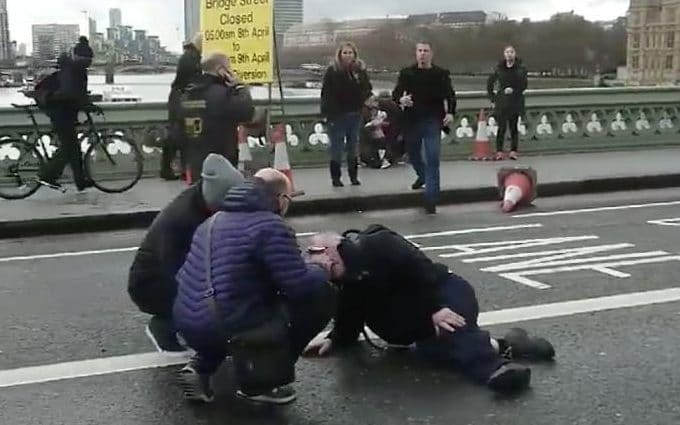 “Asian Guy” Stabs Police Officer And Mows People Down With Vehicle Outside The UK Parliament. Police Officer Shoots Him Down
Multitudes Of Americans Are Going To See The Homosexual Film ‘Beauty And The Beast’ Made By Disney, The Film Has Made Hundreds Of Millions Of Dollars Already. This Is A Sign That America Has Been Conquered By Homosexuals
Follow