You are here: Home › New AI Technology Able To Find What Faces A Man Likes Just By Looking At Brain Waves 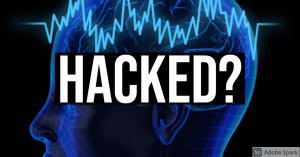 The human mind is the physical side-physical processing unit of the body that connects to the soul The brain is material, and passes away, but the soul, that which gives consciousness, does not. As a result of this, body and soul work together. Thus while the concept of ‘human cloning’ has been around for a long time, it can never work, because only God can give a soul, not man.

While this is a problem that scientists cannot and never will be able to overcome, there have been attempts to work around it by ‘hacking’ the physical side. Hence why ‘brain hacking’ and ‘biohacking’ has become so popular in recent years- it is not just about health, but about establishing control to try and use indirect means to read men’s minds. According to Science Direct, and interesting technique has been developed related to this, where AI systems are able to predict what faces a man finds attractive in a woman simply by reading brain waves.

They say beauty lies in the eye of the beholder, but in actuality, it goes far deeper than that.

The concept of physical beauty resides in the mind, defined by whatever features we find attractive in other people’s faces. These subtle preferences represent some of our most private inner thoughts – but that doesn’t mean they can’t be monitored, and perhaps even predicted.

In a new study, researchers used electroencephalography (EEG) measurements to identify what kind of facial features people found to be attractive, and then fed the results to an artificial intelligence (AI) program.

The machine learning system – termed a generative adversarial neural network (GAN) – was first able to familiarise itself with what sorts of faces individual people found desirable, and then fabricate entirely new ones specifically designed to please: tailored visions of synthesised beauty, as unattainable as they were perfect.

The experiment, run by a team of psychologists and computer scientists at the University of Helsinki in Finland, was sort of like a massive Tinder session for the 30 volunteers who took part.

Except for a few big differences.

As the participants sat in front of a computer screen showing them a series of faces, none of the faces displayed were real people, but were realistic-looking artificial portraits generated from a dataset of around 200,000 images of celebrities.

Unlike regular Tinder usage, the participants were also wearing elastic caps fitted with electrodes designed to measure their brain activity as they looked at the faces. They also didn’t have to swipe right when they saw someone they liked the look of – that was all taken care of.

“They did not have to do anything but look at the images,” explains cognitive neuroscientist Michiel Spapé. “We measured their immediate brain response to the images.”

Those individual measurements of neural activity were then assessed by the GAN, which was able to interpret the brain responses in terms of how attractive each artificial face was deemed by the viewer.

Using that data, the GAN was then able to generate new faces informed by people’s EEG attraction identifiers.

In a second experiment, these newly invented faces were then displayed back to the volunteers, who rated them in terms of attractiveness, alongside other images of randomly generated faces.

Ultimately, the results validated the researchers’ test, with participants rating the tailored-to-be-attractive images as attractive in around 80 percent of cases, while the other faces were only selected 20 percent of the time.

While this is only a small study, it’s just another example of how refined AI systems are becoming in their understanding of what makes us tick – even in intimate and often unspoken notions, such as the domain of personal attraction. (source)

This is not about what a man finds attractive, for as noted above, this is ultimately about power and trying to take control over a mans’ thoughts and to be able to ‘read his mind’. This is an extension of the ‘war on privacy’ that has been going on for a long time, but took a significant turn with the development of the Internet. Likewise, now instead of just following a man’s actions, there are attempts to translate natural, biological signals that while not being able to directly see a man’s thoughts, are attempting to ‘hack’ his brain in order to see inside.

It will be important to see, just as with robotics and other forms of technology, how this develops and affects surveillance trends and technology as well as how they influence what is considered an “acceptable” collection of data- for example, using possibly in the future, ‘brain patterns’ to assess the ’employability’ of a man.

People say it can’t happen? One only needs to look at so many other things, where the unexpected not only became expected, but a requirement. Such is often the pattern in America, and it is only in retrospect that people look back and wonder how it came to pass, when the same patterns repeat with deadly precision.

The Vaccine Passports Are Coming
Biden is the Antichrist!
Follow