You are here: Home › Comedian John Cleese Declares that Comedy Is No Longer Funny 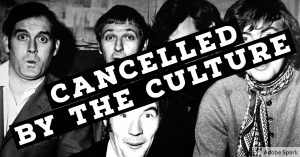 Since the 1960s, the British comedy troupe Monty Python has made millions- probably billions -of people laugh as the arguable geniuses of comedy, with their silly antics, weird costumes, avant-garde style, and very British mannerisms stormed the world of entertainment making movies and films that for a twentieth century context set a standard of humor for the English-speaking work. While some members have passed away and the others are very old, they still continue to laugh at themselves and society as millions more laugh along with them to their criticisms and witticisms.

But not everything they say they mean for laughs. Contrary to popular view, comedy is a serious thing, and the creators of Monty Python have made many serious comments about the nature of comedy, society, and their philosophies on life and how men should relate to each other. The most outspoken member of the troupe, actor John Cleese (also of the cult TV series fame Fawlty Towers) has made many comments that have attracted public attention, including several years ago when commenting on the rise of nationalism, he said that based on his experiences living in London from his youngest years, the migration and changes to that city have made it so that London “no longer feels English”, and that it is something he does not like, and makes him concerned for the future of the UK.

Cleese may be humorous and the “stick-in-the-mud” character in his acting, but when he speaks, he does so sincerely, and while he is an agnostic and generally a “liberal” type as it concerns politics, he is no fool, for while one may disagree with him, his words seems to be said with much care and thought. Thus it is of interest that recently, the Daily Beast reported how Cleese spoke about the future of comedy, saying that he was concerned about “woke” culture and how it is destroying comedy, adding that comedy today in a “woke” context is not poking fun at human frailties, which he says the Python troupe intended to do, but rather is a way of mocking people’s vulnerabilities as a way of hurting them that is not funny.

“It’s changed so completely, because, for example, we were never allowed to say ‘fuck.’ I mean, that was absolutely unacceptable. Now nobody turns a head. That’s a huge difference. But you could make jokes. There’s plenty of people who are PC now who have absolutely zero sense of humor. I would love to debate, in a friendly way, a couple of ‘woke’ people in front of an audience. And I think the first thing I would say is, please tell me a good ‘woke’ joke. What they don’t understand is that there’s two types of teasing. There’s really nasty teasing, which is horrible, and we shouldn’t do it, full stop. But the other type of teasing is affectionate. You can tease people hugely affectionately and it’s a bonding mechanism. All humor is critical. You cannot get laughs out of perfect human beings. If you’ve got someone up on the screen who is perfect, intelligent and kind and flexible and a good person, there’s nothing funny about that. So we only laugh at people’s frailties, but that’s not cruel. You can laugh at people’s frailties in very funny and generous ways.” (source)

The Jewish American comedian Jerry Seinfeld has also expressed similar comments in years past. Like Cleese, Seinfeld may be known for his archetypal characters that he plays, but he is a serious person with, even if one disagrees with him a lot of genuine insights. Entertainment weekly talked about this, when in 2015 Seinfeld said that he does not do college campuses any more because students are so “PC” they cannot laugh at themselves or others, they all become offended, and their actions ruin the show.

“I hear that all the time,” Seinfeld said on The Herd with Colin Cowherd. “I don’t play colleges, but I hear a lot of people tell me, ‘Don’t go near colleges. They’re so PC.’”

Seinfeld says teens and college-aged kids don’t understand what it means to throw around certain politically-correct terms. “They just want to use these words: ‘That’s racist;’ ‘That’s sexist;’ ‘That’s prejudice,’” he said. “They don’t know what the hell they’re talking about.”(source)

Now it is true that comedy is political, going back to ancient times, as Ted discussed. Often times, comedy serves as a reflection of what a society gauges to be “acceptable” or not, and it can be used to push boundaries. Hence this is the reason why comedy traditionally attracts many revolutionary types, or those with unorthodox views, since the humor becomes an avenue for them to advance their ideas. It is also why humor tends to be censored highly in very centrally controlled societies, since the humor is a direct threat to those in power as it can be weaponized against their rule.

Likewise, the change in the nature of comedy can also indicate the direction a society is going. For example, laughing at certain groups, or certain demographics can eventually lead to violence against said mentioned demographics for any number of reasons, but it was the comedy that caused it to happen.

Take Cleese’s commentary at face value and think about it. What Cleese is seeing, but without saying it from a political view is a revolution in progress, and with that, a trend to look for will be different forms of “comedy” that emerge targeting new groups because they are considered to be “undesirable”, and ultimately with the intention of likely causing them harm.

One can already begin to see this in some of the newer comedy shows, as well as with what is considered “inappropriate” for comedy. Watch this trend, because as the comedians move the audiences to laugh, so may also turn the wheels of politics and social acceptability for many years to come.