You are here: Home › Price Of Metals Forecasted To Increase 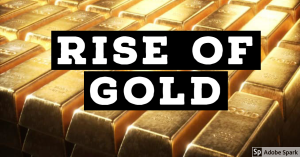 According to CNBC, people who purchased gold (and by extension, silver) may be in for good times, as some analysts are predicting the metal will go up to $4000 per ounce.

Gold prices could forge ahead to $4,000 per ounce in the next three years, but factors such as the development of a coronavirus vaccine and the November U.S. elections could change the fortunes of the precious metal, analysts say.

This year, gold prices have shot to record highs not seen since September 2011. Investors have been fleeing to “safe haven” assets as the pandemic shows no signs of abating. Last week, gold prices surged above $2,000 per ounce for the first time.

He pointed to the trillions of dollars needed in stimulus to tide the U.S. economy during the coronavirus pandemic, and added that G-20 finance ministers and central banks are “working together like a cartel and they’re all printing trillions of dollars.”

A looser monetary policy generally means investors are more likely to seek out gold as an asset. When real yields go down, gold prices will go up, and vice versa. In such a scenario, the opportunity cost of holding gold, a non-yielding asset, is lower as investors are not foregoing interest that would be otherwise earned in yielding assets. (source)

It is possible this will happen. I have noted before there is a strong chance that one will see a “spike”- and increase fast -that after which will come a decrease. However, this is a short-term measure caused by market manipulation. The long-term trend of increasing value in precious metals is going to happen not because the metal is worth more, but because the dollar is weakening.

For those who want such prices to appreciate, the best thing is for the federal government to keep printing stimulus checks, which they likely will because the job situation is not going to improve. It is possible that so much stimulus will have to be printed that eventually, the value of the currency will be destroyed because of it, at which time metal prices will explode. This is likely to happen not because of the inability to solve problems, but because of political reasons tied to economic decisions of which America is not an exception, but bound by the same laws as all others are.

Now is likely also a very bad time to buy precious metals because the price appreciation may trigger a “market stampede”. One does not “run with the herd”, lest one be trampled, but moves before the herd is there. If one has metals, it is likely a good time to hold, but not to buy, and if one does not have them, just save money and wait for the price to drop, which it likely will following another round of money-printing and the illusion that “things are getting better”, which triggers another “stampede” in the opposite direction.

Remember that one is not looking at “short term” decisions, but long-term fundamentals, of which the assumption is based on the historical pattern of a declining US dollar due to its status as a loaned currency that can never be paid back fully, and that the dollar has been devalued since the 1970s and is in its death throes because of this.

What this means is not to worry. It is better at this point just to monitor the fundamentals and act with the most beneficial trends, of which as the world leans closer to war, as more money is printed, as more people become poor, will eventually either return the prices to normal and higher, or just push them even higher than what they are expected to go now.

In both cases, the ancient “golden rule” applies- those who have the gold rule, and when the opportunity comes, it would be worth looking into as long as the price is good and it’s value is for the time somewhat stable.