You are here: Home › Biden Declares He Will “Unite America” Against “Darkness” 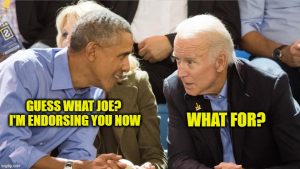 President Biden, in his recent speech, said that he would “unite America” against “darkness”.

“Over the last week, the Democrats held the darkest and angriest and gloomiest convention in American history,” Trump said at a gathering of the conservative Council for National Policy in Arlington, Va.. “They spent four straight days attacking America as racist and a horrible country that must be redeemed. Joe Biden grimly declared a season of American darkness.”

In his speech accepting the Democratic presidential nomination Thursday night, Biden talked about how Americans “can and will overcome this season of darkness” from the Trump presidency.

Trump touted what he has accomplished during his first term and praised his administration’s response to the coronavirus pandemic. He then claimed that the former vice president didn’t talk about China, where the coronavirus is believed to have originated, although Biden did mention the country in his speech Thursday night.

A lot of people seem to like this. The reality is, this speech is a show. If this is reality, then Biden’s mental faculties are completely OK, and he has no signs of dementia, and all those comments he made about “corn pop”, “lying dog faced pony soldier”, and “hairy legs” were just intentional.

The fact is that Biden is old and sick. All respect to him, the man needs to be in a retirement home watching “The Price Is Right” and going to dinner at 3 PM with his fellow residents. Biden should not be on the national political stage- his health is not there, and neither is his mind.

All it will take to destroy Biden is a single debate against Trump. Again, objectively speaking, Trump will not even have to talk about anything he did or did not do (something that is another issue into itself), but just has to harass Biden and insult him, and Biden will fall apart. Biden’s image right now is so carefully crafted, and with much effort, that like a house of cards, it will be a single breeze that causes it to fall.

I said for a while now that it appears that Biden was chosen in order to fail. This would mean a Trump victory, but given Truump’s behavior, it almost guarantees a Democrat 2024 victory for the White House, and with a candidate far more radical than Obama but with the same or more energy than either Obama or Trump had in years past.

What we are seeing, it seems, is just another part of the “presidential reality television show” which all Americans must partake of and yet have the image of “having a say” when there really is very little that can be influenced. Right now, it is clear that Trump is the favorite and will likely win, and Biden is just playing his role out until after Election Day.

What will really be to watch out for is after Election Day. Expect a major purge of the Democrat party and a “new face” that emerges over the next year that will shock the world when it does.

Japan Now Wants To Have The Ability To Do Preemptive Attacks On Its Enemies. If The United States Frees Japan From American Control, Japanese Imperialism Will Be Revived
Virginia Plans Mandatory COVID-19 Vaccines
Follow