You are here: Home › The Netflix “Cuties” Show Promotes Pedophilia As Much As It Also Targets Religion 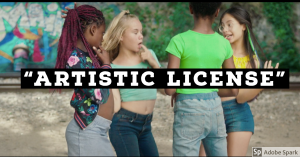 Right now, there is a lot of controversy about a new Netflix series called “Cuties”, which features a bunch of scantily-clad ten-to-twelve year olds who ‘twerk’ their way to fame online and in the real world.

Netflix has made changes to the images used to promote a French film called “Cuties” after an online petition urged the streaming service to remove the movie from its platform.

The movie, which won a directing award at the Sundance Film Festival, follows an 11-year-old who wants to join a dance crew.

“Amy, through an ignited awareness of her burgeoning femininity, propels the group to enthusiastically embrace an increasingly sensual dance routine, sparking the girls’ hope to twerk their way to stardom at a local dance contest,” the synopsis from Sundance reads.

The images used to promote the film, which will premiere on Netflix in September, featured scantily clad young girls vamping for the camera, which many felt were inappropriate.

In a Change.org petition, creator Allison Mitchell called it “disgusting as it sexualizes an ELEVEN year old.”

“There is no need for this kind of content in that age group, especially when sex trafficking and pedophilia are so rampant! There is no excuse, this is dangerous content!” Mitchell writes. The petition has nearly reached its 200,000-signature goal.

In a statement to CBS News on Friday, a Netflix spokesperson said, “We’re deeply sorry for the inappropriate artwork that we used for Mignonnes/Cuties,” referring to the film by both its French and English titles. “It was not OK, nor was it representative of this French film which won an award at Sundance. We’ve now updated the pictures and description.” The statement was also shared on the company’s Twitter.

It appears the promotional image for the film on the streaming platform has been replaced by a solo shot actress Fathia Youssouf, who plays Amy.

In another update, she said she won’t stop campaign for the removal of “Cuties” from Netflix. “Don’t let the picture and description change be enough, they slipped up and showed us the true intentions of the movie, these changes don’t change the movie itself which is about TWERKING children!” she wrote.

Many people shared their support for the petition in the comments section. Others took to Twitter to express their feelings on the issue.

“It is so revealing that the first major @netflix original to centre young Black girls hinges on explicitly sexualising 11 year old children,” the writer Claire Heuchan tweeted. “Whether it’s acting or music, a sexualised image is too often the price of mainstream success for Black women & girls. Disgraceful.” (source)

One can see the trailer below. I do NOT recommend it for children, even though it is publicly accessible on YouTube.

The pedophilia promotion is obvious, as pedophiles tend to gather where there are children dressed with few clothes on. This can be seen from the “pizzagate” scandal, many of the online forums such as Reddit or 4Chan where people will post such material, or in public areas where children would be in such a situation. According to a friend and head of security for a mall who I have known for years, he said the best way to spot pedos in the mall was to look for the single men staring at the child play areas, usually from a flight or two above such places (as an additional note, he always said he enjoyed intimidating and banning them from the mall).

The pedophilia has been thoroughly discussed online. It is obvious what the intentions are- as I have warned, working with groups such as the “Free Speech Coalition”, to eventually normalize child-adult sexual relations to permit for the production of legal child sexual abuse materials in time.

However, there is a second point that I have NOT heard discussed from the trailer, which is the obvious attack on religion, but in the context of Islam.

Christianity has been under attack for a long time in the US, and one might say that as far as Millennials and Zoomers are concerned, Christianity has been reduced to an irrelevant cultural and social force that will pass away with the Boomer generation. This is not to say that Christianity is irrelevant, but that her power in society, politically speaking, has been completely stripped, mostly due to the bad actions of Christians who refuse to act properly.

If one looks at the show, the focus is on that of an African Muslim girl who is with a cadre of multi-ethnic girls also “twerking” their way to fame. In the trailer, one sees how the girl is attacked, like Christians were in the twentieth century, by her elders for promoting a sinful lifestyle, and the focus is on sympathizing with the deviant girl and her morally disordered behavior, and making one dislike her well-meaning Muslim parents.

I have said many times before that I have NO love for Islam, yet the issue of morality and the law of God, which is written on the hearts of all men, is something for all to be concerned about. Muslim though she may be, if she is acting in a moral way that aligns with Christian morality, what is wrong with such actions? Likewise, if a Muslim is objectively speaking, more moral than a Christian, what is wrong with acknowledging that? Indeed, Jesus said that it was a pagan Roman soldier who had more faith than all the people in Israel He had met. Is his good will and actions to be disposed of because he was not a Jew? If not, then why would one dispose of a Muslim attempting to live a genuinely moral life?

The pedophilia is the obvious evil being promoted by the show, but this second one is more insidious and arguably, possibly more dangerous than the pedophilia because people see the pedophilia and recognize it as wrong, which is always the first step to solving any problem- the fact of admitting that a problem exists. However, the lack of attention paid to how this is a Muslim girl in question shows that people are not seeing how religion itself is being attacked here as something that “holds one back” and promotes bad choices or “restricts” what a girl can do, and that somehow a preteen or younger girl shaking her buttocks on camera in clothing that a stripper, prostitute, or pornographic film whore would wear is a nobler choice.

First they came for the Christians, and after much concentrated effort and possibly the largest psychological warfare campaign waged in history against Christians, with unlimited monies and resources, and likely other things as well, Christians have been compromised largely. Now they are coming for the Muslims, and because the Muslims have neither the grace nor the beliefs that Christians have, it is likely they will fall much faster and harder than the Christians have.

If there is only one laudable thing that can come from this show, it is that it shows, rather in an obvious way, what the plans for the future are. It is a vision of a dystopian, neo-Hindu world where children are reduced to sexual objects for the pleasure of older men, one’s worth does not come from dignity but from the ability to peddle one’s own flesh as a product for others to consume, and where there is no truth, no god, and no morality except that which is dictated from those who control society and live apart from the mess they created for their own benefit and for the loss of the many.