You are here: Home › It’s Not Christianity’s Fault That A Lot Of Millennials And Zoomers Don’t Care About Truth 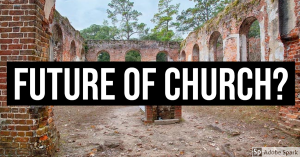 Christianity among the Millennials and Zoomers has dropped significantly. In response to this, the Christian Post has put together a list of things which they believe that ‘churches’ need to do in order to reach out to these generations for evangelization.

Millennials and Generation Z are facing some of the greatest challenges at this moment thanks to the disruption and uncertainty caused by the COVID-19 pandemic and the ongoing demonstrations for racial justice. Engaging with and discipling teens and young adults can be equally challenging. Here are five trends about these generations, according to a Barna analysis.

While young people are questioning their place in the new reality they are living in, half of the pastors say they are struggling in their ministry to kids and youth right now, says the evangelical Christian polling firm Barna Group, which looked at how the Church has come alongside emerging generations and helped them navigate change, based on decades’ worth of its research.

Two: The Church must integrate its response to injustice into student ministry

Three: The Church must address issues of loneliness and anxiety in young adults.

Four: The Church must support and encourage resilient disciples to grow their faith

Five: The Church must reframe the notion of outreach and faith-sharing with the next generation (source)

I significantly shortened the details in the list, because one can read them if one wants to. Overall I have found them to be pointless for the purpose of discussion.

I have criticized the Boomer generation before. I will continue to criticize them because they are worthy of it. However, just like the same criticisms I give of police, there is another side that must also be presented in order to ensure a proper balance, as often times when there is an imbalance on one side, it is also on the other, for radical pendulum swings of stored potential energy carry almost the same potential for the reverse.

In this case, it is the issue of the Millennial and Zoomer generations apathy towards truth.

It is very true that the Millennials and now Zoomers are starting to suffer severely from the economic and social fallout of the decisions of those in power since World War II. There is much that they are being forced to bear that they should not have to. Likewise, it is not entirely their fault that for many, they were not taught about religion properly by their families, and so were left to seek after what they believed to be right or wrong on their own.

However, as with all things, there comes a point when one cannot blame another for their problems and to take responsibility for their actions. I want to be careful when I say this, because this is not to remove blame from other parties involved, but rather to emphasize that all people have their own issues that they need to work through, and while one cannot help what has happened, one also has the power to make better decisions. This is a fact of life, for if all men were bound to their past decisions or consequences that were forced upon them, there could be no hope for the future.

For this reason it is why Millennials and Zoomers do not need any sort of ‘modified’ Christianity preached to them. Rather, they need to be evangelized, and they need to hear truth for what it is because it is true.

If one wants to strike at the heart of the issue, at least as it seems for many, simply press on the sodomite issue by saying it is a sin. This will cause many people to fly into a fit of rage, because they are ‘offended’ at the prospect of saying that such things are evil. One can also try this with abortion, as it has a similar effect, but not as strong as the one which the former will generate for the absolute majority of them.

The Millennials and Zoomers don’t care about religion or God. They are not even interested in basic truth, but rather are idle, absorbed into themselves, and want to be left alone to their own entertainments. If there is a religion that many have, it is identity politics, be it the extreme international socialism of the left or the extreme national socialism of the right. Regardless of what side one likes, the rule is imbalance and increasingly, violence is being presented as the answer.

Christianity for a lot of American history has been caught between two issues- the separation of identity from apostolicity, and then the identification of religion with nationalism and patriotism. All churches have been affected, and while the most visible damage is to the Catholic Church, she is also the strongest and the only church that is going to remain in time because of Matthew 16:18. The other churches, while they are well meaning and many do good deeds, will be ripped apart by the lack of apostolicity and then the poison of nationalistic, identity politics just like with that which happened in Europe and still does today.

Why would a Millennial or Zoomer want to associate with a social club of people they do not like, that plays questionable music, and meets once a week when one can be good person in society on one’s own terms? This is what one sees taking place. It existed with the Boomers and previous generations, but it is now with the Millennials and Zoomers who are bringing this to the logical conclusion it was always destined for.

If one truly want to help the Millennials and Zoomers, give them the Gospel in truth and without any filter. It is what they do not want to hear, and may legally or physically attack one for doing this, but what one wants is often not what one needs. Additionally, since there are so many who do not want to hear the truth, because one cannot make a man listen, it is for people to properly, succinctly, and genuinely tell the truth, and then leave it for men to accept or reject.

God does not favor any race, but only the one that chooses to embrace and persist in His grace. With the world being engulfed by the sins of gomorrah and religion becoming a difficult thing to follow in, it is inevitable that aside from persecution, a major war is also very likely to happen in the future, something indicated also by economic and political trends taking place.

To be a Christian right now is not to “run to the front of the lines”, but rather to being the long march back to the Catacombs where Christianity was for centuries as a hated, persecuted, despised religion held in silence but burning brightly in the hearts of many believers.

There is not a place where the Gospel has not gone on earth, and most of the world has rejected and continues to reject it. If the world before Christ came was ready for Him, then when Christ returns, the world will also be ready by descending into such as wretched state for his return.

I’m not saying that the return of Christ is going to happen right now. I am saying that the world is in a historically unprecedented state, and that because of this situation, it is likely that big things could happen.

Reach out to those who are lost and need help, but also be prepared for what is coming. Ignore the hate, and instead focus on what one can do while there is still time.

Fires Burn One Million Acres In One Week In California
No Surprise- After Being Transferred To A German Hospital, Tests Show Signs Of Poisoning
Follow