You are here: Home › Oregon May Legalize Most Drugs 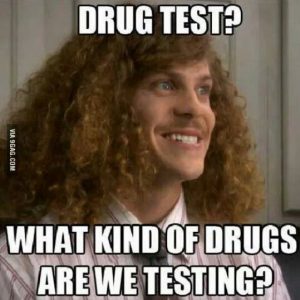 The situation of the ‘drug war’ in the US has always been tied to politics and money manipulation, but in recent years, there has been a strong trend towards the legalization of drugs, beginning with marijuana. regardless of what one thinks of this, the fact is the trend is likely going to continue. According to
Zero Hedge, there is a new development in that the state of Oregon may legalize almost all drugs and reduce the severity of most charges, including those of minor possession from misdemeanors or felonies to that equivalent to a parking ticket.

Under the proposed Measure 110, or the Drug Addiction Treatment and Recovery Act, the low-level possession of illegal substances would be reclassified from a misdemeanor to a violation, punishable by either a $100 fine or a health assessment.

Drug trafficking would remain a felony offense, while substantial possession of drugs would be reduced to a felony. Rehabilitation services would be expanded under the measure, and 24-hour Addiction Recovery Centers would also be opened.

According to the Oregon Criminal Justice Commission, the reclassifications proposed by the measure would see roughly 1,800 fewer Oregon residents facing conviction for felony possession of a controlled substance annually – leading to a mammoth 95-percent drop from current conviction rates.

The state would fund Measure 110’s addiction programs, which are expected to cost $57 million yearly, entirely through excess taxes collected on cannabis sales. Current tax revenue from cannabis sales are expected to yield $182.4 million from 2021 to 2023. And as tax revenues increase and decriminalization incurs further savings for the state, petitioners for the Yes for 110 Campaign predict that even more funds can be reallocated to help treat and rehabilitate drug addicts.

As governments become hungrier for new taxes, the idea of a “drug tax” may be appealing to many, which would further bolster efforts towards legalization.

The opposition to drugs in the past was based on a certain social and philosophical paradigm. As that changes with the passing of the Boomer generation, it is natural that one will see a new paradigm come in, especially as there are significant differences between the two generations in what they believe and how they view life and their place in the world. What we are seeing is not so much an adaptation of something new, but a continuation of established behaviors just carried out further to their natural conclusions that have been growing for years.

No Surprise- After Being Transferred To A German Hospital, Tests Show Signs Of Poisoning
Erdogan Orders Historic Church Turned Into A Mosque
Follow