You are here: Home › While The US Talks A Lot About Chinese Threats, She Ignores The Ranting Of The Hindu Madmen In Government On The Subcontinent

By Andrew Bieszad on March 6, 2021 in Featured, General 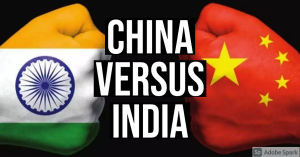 The US has spend much time talking about China abusing ‘freedom of speech’ and talking about their problems. However, one nation that the US has curiously ignored is India. From everything from Christian persecution that gets worse by the day to the proliferation of scammers destroying elderly America people’s life savings to just some of the outright racism and disgusting behavior, India and the masses of Hindu supporters of Hindu nationalism get a curious pass in ways that would not be tolerated by the US if it was in China. Now one can add another category to this of tech censorship, as the Wall Street Journal is reporting that the Hindu giant is threatening jail time for employees of Facebook, Twitter, and WhatsApp for being associated with policies that the government does not like.

India’s government has threatened to jail employees of Facebook Inc., its WhatsApp unit and Twitter Inc. as it seeks to quash political protests and gain far-reaching powers over discourse on foreign-owned tech platforms, people familiar with the warnings say.

The warnings are in direct response to the tech companies’ reluctance to comply with data and takedown requests from the government related to protests by Indian farmers that have made international headlines, the people say. At least some of the written warnings cite specific, India-based employees at risk of arrest if the companies don’t comply, according to some of the people.

The threats mark an escalation of India’s efforts to pressure U.S. tech companies at a moment when those companies are looking to the world’s second-most-populous nation for growth in the coming years.

Some of the government’s requests for data involve WhatsApp, which is hugely popular in India and promises users encrypted communication, unable to be read by outside parties.

Twitter “will continue to advocate for the fundamental principles of the Open Internet,” a company spokesman said, adding: “Threats to these principles are on the rise around the world, which is of deep concern.”

A spokeswoman for India’s Ministry of Electronics and Information Technology didn’t respond to requests for comment.

India has been making new rules that grant its leaders power over online discourse to a degree unmatched elsewhere among open societies, legal analysts say.

The rules require the tech companies to appoint executives who are resident in India to deal with government requests, including a contact person for “24×7 coordination with law-enforcement agencies and officers to ensure compliance” with orders, the rules say.

The rules would also compel companies to remove content that undermines national security, public order and “decency or morality.” (source)

If one looks at what is happening here, it is just as bad as what is going on in China, and perhaps even worse.

The point to be noted here is that while the Chinese social credit system is evil, what India is doing is also evil, and it is going to yield the same consequences, and it seems India wants even more than what China is doing and is more aggressive. However, expect no criticisms from the US, because this is not about principle- it is about power, and setting up for a major global war

In a conflict between China and India, there is no winner, because while the Chinese may be oppressive, this is absolutely no surprise, and while people suspect that India will be the “good guys”, they may find out that India, the original home of National Socialism (for it was out of India that the concept, thousands of years ago, was derived beginning with the Aryan migration and subjugation of the Dravidians), will be worse than the Chinese.

Professor Says Every White American Should Pay $25,000 in Reparations For Slavery
Report; 69% Of US Plans To Get COVID Vaccine
Follow