You are here: Home › In A Complete Non-Surprise, Suddenly Waves Of Migrants Are Flooding The US Border 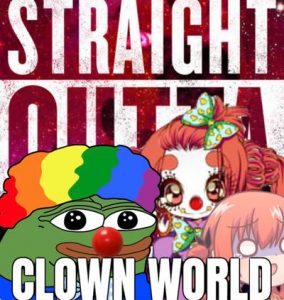 One of my favorite political campaign ads was when Tennessee representative Marsha Blackburn, a Republican, won by attacking her Democrat opponent, Phil Bredesen, during the time of the “migrant caravan” from Central America to the US- which also is something that happens multiple times a year -as being filled with GANG MEMBERS, PEOPLE FROM THE MIDDLE EAST, AND POSSIBLY EVEN TERRORISTS.

Let’s not forget that many people she is appealing to also worship a certain person from the Middle East.

But as I have said for a long time, the border is a poltiical issue. It has nothing to do with helping US citizen or migrant, but abusing both for power. Now according to Dnyuz, there has been a massive increase in migrants suddenly arriving to and piling up at the US border.

Thousands of migrant children are backed up in United States detention facilities along the border with Mexico, part of a surge of immigration from Central Americans fleeing poverty and violence that could overwhelm President Biden’s attempt to create a more humane approach to those seeking entry into the country.

The number of migrant children in custody along the border has tripled in the past two weeks to more than 3,250, according to federal immigration agency documents obtained by The New York Times, and many of them are being held in jail-like facilities for longer than the three days allowed by law.

The problem for the administration is both the number of children crossing the border and what to do with them once they are in custody. Under the law, the children are supposed to be moved to shelters run by the Health and Human Services Department, but because of the pandemic the shelters until last week were limiting how many children they could accommodate.

The growing number of unaccompanied children is just one element of an escalating problem at the border. Border agents encountered a migrant at the border about 78,000 times in January — more than double the rate at the same time a year ago and higher than in any January in a decade.

Immigration authorities are expected to announce this week that there were close to 100,000 apprehensions, including encounters at port entries, in February, according to people familiar with the agency’s latest data. An additional 19,000 migrants, including adults and children, have been caught by border agents since March 1. (source)

If people want to be mad at Biden about “the migrants”, they really should be mad at Trump.

Trump ran his campaign on a highly anti-immigrant position. He had four years- love him or hate him -to do something to realize his campaign promises, yet he did nothing at all to address the issues.

Think about it. If Trump did something- which he had the full power to do and chose not to do or to delay to such a point that his actions lost ability to have force -this situation would not exist. It was know what the political left would try to do, because they do not really hide their intentions- they are generally speaking clear, consistent, and honest for good or for evil about what they want to do, as is demonstrated by their actions. Meanwhile, the right wing is consistently bamboozled by people to talk a great deal about good things but then refuse to follow through, or just do so in such a minor way they might as well be considered “Democrat-lite”.

Trump had a real chance to break this pattern. He chose not to. That is strictly on him.

I’m not saying that Biden is doing something good. I am saying that the ultimate responsibility for creating the current situation is Trump, because even if a situation did come up, if he actually did something other than to put up a prototype of a wall only to tear it down, and then talk about as a campaign slogan later “Finish The Wall” when he never started it, he would be able to absolve himself. But Trump did not, and therefore, he must not be allowed to avoid responsibility for a situation he helped directly to create and could have prevented if he acted after promising to act.

This isn’t about migrants. It’s about honesty to what one says, for good or for bad, and if Republicans refuse to see this, they will continue their trend of being tricked by those who claim to stand for them when they do not care about them at all and use them for their own benefit before abandoning them.

Biden Brain Bust On Television, Forgets The Name Of The Pentagon And Secretary Of Defense Name
The Vaccine Passports Are Coming
Follow