You are here: Home › Three Muslim Terrorists Strike Walmart In Amarillo Texas And Are Shooting And Taking Hostages

Amarillo (Texas) police on scene of active shooting with hostage situation where 1 to 3 Muslim Somalis dressed in Walmrt uniforms are holding hostages at Walmart in Amarillo TX and SWAT is responding. The number of Somali terrorists is unconfirmed. 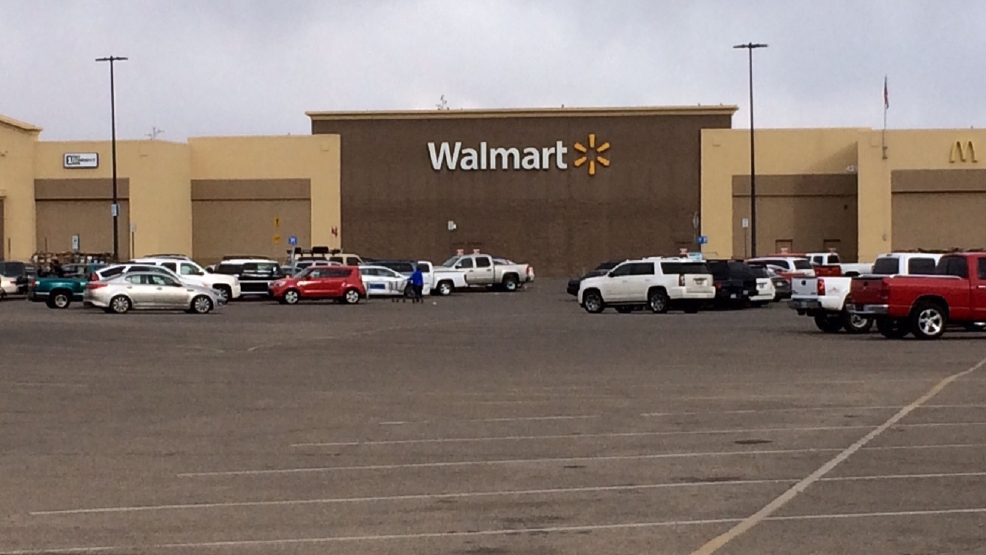 “The Amarillo Police Department is reporting an active situation at the Amarillo Walmart at 4215 Canyon Drive. Early reports indicate an armed man is inside the store.

APD and several other agencies including DPS, Amarillo Emergency Management and Randall County are on scene. There are unconfirmed reports of a possible hostage situation. Police are searching for a Somalian man wearing Kakhi pants.”

Police are shutting down I-27 & Georgia Northbound frontage road. Police are asking motorists to please avoid the area so that officers can focus on the scene and not traffic.

NewsChannel10 has multiple crews on the scene and will report details as they become available.

ABC 7 news team have confirmed the Amarillo Police Department are evacuating people out of the West side of the building. The shooter is believed to have taken hostages.

A citizen tweeted that he heard on police scanner that it was 3 Somalis who were the hostage takers. The number is conflicting since “Police on scene asked for interpreter and said suspect was a Somali.”

This is a developing story. Please check back for updates below.

Police scanner:12:18PM Amarillo time: “There are no injuries inside the store.”

Police scanner: 12:27 “suspect has a colored shirt on top of his Walmart shirt is identified to be male, black”.

Police scanner 12:33: Arabic writing and some notes found on shooter who is down and contained.

Police scanner 12:45 Shooter’s name is Mohammed Khalid (keep in mind the spelling in English could have varieties)

Police scanner 12:48 Suspect have been shot by SWAT team and is DEAD per Randall County Sheriff’s Office

NOW THE B.S: ITS CATEGORIZED AS “WORKPLACE VIOLENCE”

It has been confirmed that there is one person armed with a gun inside Walmart and at least one hostage.

We do consider this a work-place violence situation at this point.

All agencies are on scene, including Amarillo SWAT, APD, RCSO, PCSO and DPS. The SWAT robot is currently being utilized.

Although there were reports of shots fired when officers arrived on scene, there have been no confirmed injuries.

Conclusion: a Muslim Somali takes hostages, is gunned down, leaves a note in Arabic and they concluded quickly minutes after saying it was “workplace violence” before even getting an interpreter or even obtaining more data.

NOTE TO ALL WHO WANT TO DISPUTE OUR REPORT:

We had a number of nasty people who commented trying to state this is a “work place violence” and tried to dispute what we related from the police communication. Some tried to say the man was not Muslim. Others said he was not killed while many dished out police version and other media versions. We know that it was not 3 terrorists and was only one. We simply sent out the report live as we heard testimonies from others. The police were looking for a man (possibly another). We corrected in the article that it was not 3. We transcribed the police communication to the best of our ability as we listened to the police communication. Some dispute that we monitored the communication. However, another reputable blog that monitored the police scan is The Right Scoop. They too monitored the police communication and what they have pretty much matches our account. So anyone disputing what we wrote please do not comment. Your comments will be in the trash where they belong (there is no freedom of speech on Shoebat.com we run our blog in dictatorship form). Westerners who are not Muslim or were never Muslim and did not listen to the police scanner need to SHUT UP. They know nothing about how Muslims behave. Insisting on “workplace violence” is nonsense. In Florida, Omar Mateen was disgruntled too because he was a faggot and Muslim. He was rejected by other faggots and killed them because he wanted to kill infidels. A Muslim can kill out of personal and religious reasons combined as in the case of Omar Mateen where it was terrorism and personal. It was Muslim LGBT on infidel LGBT and no one is saying this truth. Stupid people want to simply listen to stupid western version of the truth. The West which has not decided if Islam or fundamental Islam or radical Islam is the problem should get a life. Soon they will be mowed down at malls and shopping centers while they argue “workplace violence”. Give us a break.

Here is the Right Scoop’s version:

WE TOLD YOU SO: Orlando Muslim Terrorist’s Ex-Wife Says Omar Mateen Was GAY And Used To Troll For Casual Sex With Random Men
The Biggest Mass Shooting In American History, Was Done By A Homosexual
Follow