You are here: Home › Putin Is Going to Go For Another Presidential Term 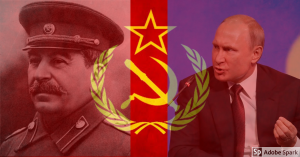 Reuters reports that current president of Russia Vladimir Putin is ‘considering’ another term as president.

ladimir Putin is considering running for a new term as Russia’s president if voters approve constitutional changes that would enable him to do so, Russian news agencies quoted him as saying in an interview on Sunday.

Russia will hold a nationwide vote from June 25 to July 1 on proposed changes to the constitution, including an amendment that would allow Putin to seek two more six-year terms as president when his current mandate ends in 2024.

Opponents say the reforms are designed to allow Putin to keep power until 2036 and amount to a constitutional coup. The Kremlin says they are needed to strengthen the role of parliament and improve social policy and public administration.

“I do not rule out the possibility of running for office, if this (option) comes up in the constitution. We’ll see,” Putin was quoted as saying in an interview with state TV that was shown in Russia’s far east before airing in western Russia. “I have not decided anything for myself yet.” (source)

Let’s not waste time. Putin is not ‘considering’ if he should go. He is going to go, plain and simple, because he is a dictator attempting to, in classic Russian form, pretend that something is not when it is such and do a very bad job of it.

This is the reason for all of the “Constitutional reforms” taking place right now in Russia for months. Many have said that Putin is doing this to ‘protect’ Russia, but this is not true. Putin does not care at all about Russia as evidenced by the fact that Russia has no economy and none is allowed to develop as those who create companies have their wealth stolen by oligarchs no different than gangsters. Russia is the Africa of Europe and Asia- resource rich but the people are dirt poor and run by leaders who care nothing about them and take all for themselves and do not develop anything save for their interests.

The only reason he is doing this is to solidify his own power. That is all, especially about term limits. There is no question if Putin will ‘run’ again because he is fully intending to model himself after another Ivan the Terrible, Peter the Great, and Stalin, the last of which I have said Putin has openly praised and modeled his rule after.

Putin one can assume will be in power until he dies. After he dies, however, will be very interesting, since he is essentially acting as a “strong man” trying to hold Russia together. If he goes, and he will, who will take his place, and will he be able to hold Russia, a nation that is falling apart due to a multiplicity of reasons far more serious than anything in the US, as a single nation such as she has been since the 16th century? That is the real question.