You are here: Home › India Is Rapidly Purchasing Russian-Made Fighter Jets In The Face Of Tensions With China 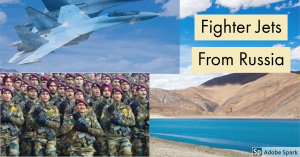 While Americans have been occupied with domestic issues, Central Asia has been on fire as China and India have come dangerously close to an open war following a conflict in a contested border region over what appears to have been (but is still yet to be confirmed) an attempt by the Chinese to move a boundary that resulted in twenty Indian and forty Chinese soldiers dead. Now as the nations are in tensions with each other, ANI news reports that India has now moved to purchase Russian-made fighter jets.

Amid the ongoing row with China in Eastern Ladakh, the Indian Air Force (IAF) has pushed a proposal to the government for acquiring 33 new fighter aircraft, including 21 MiG-29s and 12 Su-30MKIs from Russia.

“The Air Force has been working on this plan for some time but they have now fast-tracked the process and the proposals expected to be worth over Rs 6,000 crore would be placed before the Defence Ministry for its final approval next week at a high-level meeting,” government sources told ANI here.

The proposal includes the acquisition of 12 Su-30 MKIs that would be required for replacing the number of aircraft lost by the Air Force in different accidents, they said.

India had placed orders for 272 Su-30 fighter jets over a period of 10 to 15 years in different batches and senior officers feel that the number of planes acquired so far would be enough for the service’s heavy-weight aircraft requirement.

The 21 MiG 29s that the IAF is planning to acquire are from Russia which has offered to sell these planes to help the Air Force to meet its requirement of new fighters.

The Air Force has also carried out a study to check if the airframe of the MiG-29s on offer are good enough for it to operate for a long time and they have been found to be in almost new condition.

MiG-29s are flown by the Air Force and the pilots are familiar with it but the ones offered by the Russians are different from the ones in the Indian inventory. (source)

Just think about this- Russia claims that she is such a ‘close friend’ with China and that she cares so much about her. Why then would she sell weapons to an enemy of China?

The reason is, if you have been reading my articles here at Shoebat.com, I have noted before that Russia hates China. She is a master of bluffing that she likes China, but really cannot stand her, and is working against her. Russia is afraid of China because the fact is Russia is extremely weak and since all her power comes from Siberia and there are about ten Chinese for every one Russian, China could walk into Siberia and claim her if she wanted without a war. Russia is desperate to keep China out and has done so by appeasement of economic policies, but will support conflict against China and in the event of a war will not help her.

Russia trusts India more because while there are also a billion Indians, there is all of Central Asia between India and Russia as well as a lot of mountains and very difficult places in which to live, plus India is the largest by size competitor to China. The US recognizes this as well, which is why as soon as the COVID-19 crisis began, Trump immediately visited Indian President Modi.

India is being made into the next China. Major companies have been and continue to relocate their operations to India from China, especially in eastern India, and all of Asia neither likes nor trusts China. Russia benefits from the fighting by keeping India against China and China out of Siberia, as well as having a purchaser for her weapons, since this is not only a main pillar of what little exists of what is called Russia’s ‘economy’, but she will need all of the money she can get as she knows there is a strong chance she will have to fight the US, Germany, or both in a coming war, and she is weaker now than she was even before World War I and II.

Federal Reserve Bank Is Now Rationing Coins In New Order
We Should Build A Statue Of Santa Anna In Front Of The Alamo, For Historical Reasons
Follow