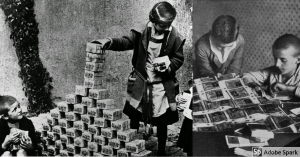 The Federal Reserve is working on several fronts to mitigate the effects of low coin inventories. This includes managing the allocation of existing Fed inventories, working with the Mint, as issuing authority, to minimize coin supply constraints and maximize coin production capacity, and encouraging depository institutions to order only the coin they need to meet near‐term customer demand. Depository institutions also can help replenish inventories by removing barriers to consumer deposits of loose and rolled coins. Although the Federal Reserve is confident that the coin inventory issues will resolve once the economy opens more broadly and the coin supply chain returns to normal circulation patterns, we recognize that these measures alone will not be enough to resolve near‐term issues.

Consequently, effective Monday, June 15, Reserve Banks and Federal Reserve coin distribution locations began allocating coin inventories. To ensure a fair and equitable distribution of existing coin inventory to all depository institutions, effective June 15, the Federal Reserve Banks and their coin distribution locations began to allocate available supplies of pennies, nickels, dimes, and quarters to depository institutions as a temporary measure. The temporary coin allocation methodology is based on historical order volume by coin denomination and depository institution endpoint, and current U.S. Mint production levels. Order limits are unique by coin denomination and are the same across all Federal Reserve coin distribution locations. Limits will be reviewed and potentially revised based on national receipt levels, inventories, and Mint production. (source)

This is not good.

We have already seen allusions to ban cash transactions in favor of the universal use of credit cards on the basis that handling cash may spread COVID-19.

Will cash money become another death from COVID-19?

Remember that cash can be saved, and while it may be paper, real money is always linked to the physical, of which cash is a reminder of this connection as well as a legal and just way to invest in real assets such as metals, land, or another form of value. Whether it is gold, silver, gems, metals, or even things such as shells (for some tribes), real physical money cannot be counterfeited or corrupted easily. By comparison, almost all credit is inherently fiat and not only can be reduced to nothing, but in a dishonest society it allows those in charge of the currency to secretly steal money by way of the destruction of value.

What is next? A war on people who use case in the context of fighting “speculators,” or “hoarders”? What will come after it?

One has already seen the start of the war on cash.

For many people in the world gold, silver, gems, land, another assets have allowed the less fortunate to survive or escape when their government became too oppressive or a war happened and the local fiat money became worthless.

History does not repeat but is a song that rhymes. If that is so, remember that for a long time, gold was illegal in the US.