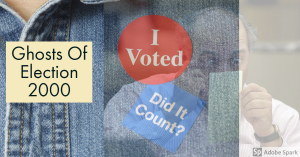 RealClearPolitics gives an interesting report into a situation taking place in New Jersey, where a voter fraud scandal is rocking the state in which twenty percent of ballots have been rejected as a result.

Following accusations of widespread fraud, voter intimidation, and ballot theft in the May 12 municipal elections in Paterson, N.J., state Attorney General Gurbir S. Grewal (pictured) announced Thursday he is charging four men with voter fraud – including the vice president of the City Council and a candidate for that body.

With races still undecided, control of the council hangs in the balance. Paterson is New Jersey’s third largest city and the election will decide the fate of a municipal budget in excess of $300 million, in addition to hundreds of millions more in education spending and state aid.

In the City Council election, 16,747 vote-by-mail ballots were received, but only 13,557 votes were counted. More than 3,190 votes, 19% of the total ballots cast, were disqualified by the board of elections. Due to the pandemic, Paterson’s election was done through vote-by-mail. Community organizations, such as the city’s NAACP chapter, are calling for the entire election to be invalidated.

Mail-in ballots have long been acknowledged by voting experts to be more susceptible to fraud and irregularities than in-person voting. This has raised concerns from President Trump and other Republicans about the integrity of national elections in November, which are expected to include a dramatic increase in mail-in ballots. If Paterson is any guide, it ought to concern Democrats as well.

Over 800 ballots in Paterson were invalidated for appearing in mailboxes improperly bundled together – including a one mailbox where hundreds of ballots were in a single packet. The bundles were turned over to law enforcement to investigate potential criminal activity related to the collection of the ballots. (source)

I suspect this may be a foretaste of what is to come this fall.

For those old enough to remember the Bush/Gore election in 2000, Bush’s victory was at best questionable. Gore clearly won the popular vote, and the only reason why Bush won was because of a highly contested Florida election involving several counties in which there were numerous ballot recounts that lead to a slew of sayings- “pregnant chads”, “dimpled chads”, “hanging chads”, “tri-chads”, and more -to describe the various ballots in question. Eventually the election was given to Bush, but not without much controversy that still is a matter of discussion for some in as much as a historical capacity it still interests people.

Trump is, arguably, the “king of controversy” for his presidency. There is scarcely a day that goes by without some sort of scandal or nonsense that takes place which is more fit for reality TV than public discourse. Yet this is what political life in the US 2020 has become.

Given the chaos caused by the virus, the crumbling global markets, the emerging global tensions, and all of the internal problems taking place, it is an ideal situation that in the name of said chaos, massive voter fraud might take place that could give Trump the votes he needs to get elected.

Trump needs all the votes he can get. His poll numbers keep dropping, and the racialist talk is not helping him because people are in general sick of the nonsense and want a return to normal. This is not 2016- this is 2020, and the world is a very different place.

What will happen this fall? Will there be a repeat of Florida 2000? One cannot say for sure, but given Trump’s weakness in key areas, the potential political fallout, and the state of the nation, one cannot wonder if in key battleground states such as Michigan, Pennsylvania, Ohio, and Wisconsin, there may be a lot of interesting things that take place at the ballot box.

If so, it would be reality TV at its absolute best, because it is really real and also, completely fake.

Netanyahu Is Eying The West Bank And Wants To Annex 30% Of Palestinian Land For Israel. Expect Hatred For Jews To Horrifically Increase Globally
DC Statehood Bill Passes In House
Follow