You are here: Home › AirBNB Founder Declares That Travel Will Never Be The Same Again 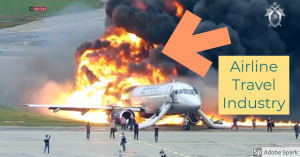 Travel has changed a lot as a result of the COVID-19 coronavirus. Some might say that a major change was already in progress, but the virus simply expedited what was going to be inevitable. As such, AirBNB CEO Brian Chesky has said that not only has this happened, but that air travel will “never, ever” be the same again and that one should expect to see a large increase in regional or national tourism by car as well as a decline in business travel due to the rise of Internet conferencing.

Airbnb co-founder and CEO Brian Chesky told Axios in an interview that global travel may never fully recover, and that he sees a future where people travel much more within their own countries, possibly for longer stays.

Driving the news: “I will go on the record to say that travel will never, ever go back to the way it was pre-COVID; it just won’t,” Chesky told us by Zoom from his home in San Francisco. “There are sometimes months when decades of transformation happen.”

Chesky, who said travel has changed more tectonically than during the Great Recession of 2008, said Airbnb data shows these trends:

Airbnb says business within countries has recovered to previous levels. But international travel remains off in a way that’s devastating to the platform.

‘People will, one day, get back on planes,” Chesky said. “But one of the things that I do think is a fairly permanent shift is … a redistribution of where travelers go.”

In the past, with what he called “mass tourism,” travelers limited themselves “to like 50 or 100 cities. You know, everyone goes to Rome, Paris, London, they stay in the hotel district, they get on the double-decker bus. They wait in line to get a selfie in front of a landmark.”

“I think that’s going to get smaller as a percentage of travel in the future, and I think it’s going to get somewhat displaced, or at least balanced, by people visiting smaller communities.”

Chesky said he sees a potential boom for National Parks.

“Most people haven’t gone to them,” he said. “And it’s pretty cheap … You don’t need to buy an airplane ticket. You can usually drive because most people live within 200 miles of a park.”

“So, I think you’re going to start to see travel becoming more intimate, more local, to smaller communities.”
Chesky said he thinks business and convention travel will hurt for some time.

“I think a lot of people are going to realize they don’t need to get on an airplane to have a meeting. I mean, I met you in an office, but now we’re on Zoom.” (source)

This seems to be an accurate assessment. The airline travel industry has suffered severely and its situation is not improving. Even after the virus passes, it’s still going to be a lot less common that it was before, and as businesses shift to telecommuting, the hit from the business travel sector will have a major impact on profits.

Long-term, one may expect to see some ticket prices increase, and as nationalism grows around the world, people will be a lot less interested in traveling, and governments will see to this by making travel harder in the name of ‘security’ and ‘national policy’.

He is also correct that the national parks, as well as other regional attractions, may see a large increase in interest. People will still want to travel and enjoy themselves, but rather what one is witnessing is a change in form from what things used to be.

Prepare For Wave 2.0 As COVID-19 Situation And Infections Get A Lot Worse
Coronavirus Cases ‘Keep Surging’ Across California
Follow