You are here: Home › Prospects Of A Second Stimulus Check Grow 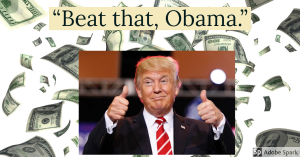 Many people were very happy to receive a stimulus check earlier this year from the government. Now as the economy has not improved and many people are looking for work but none can be found and with bills to be paid, the government is considering another check, and the possibilities of it being issues are closer than ever.

The devastation caused by COVID-19 is absolutely unprecedented, and this is true whether we’re talking about lives lost or the economic impact.

Fortunately, the federal government took some bold steps on both fronts. Lockdowns were put in place in order to “flatten the curve” of coronavirus, which we have managed to do with relative success.

This act came with an array of benefits that included forgivable loans for small businesses through the Paycheck Protection Program (PPP) as well as tax credits for businesses who were able to retain employees.

Economic stimulus payments were another largely popular component of the CARES Act. Americans whose incomes fell under generous thresholds ($75,000 for individuals and $150,000 for couples) were targeted for this relief, which was built to offer $3,400 for an average family of four.

But, was the first round of stimulus checks enough? It may have been at the time, but some believe it’s time to roll out more financial help for American families.

The CARES Act passed on March 27, 2020, after all, and most people received their stimulus checks in April or May. June has come and gone since then and many states are reporting a rapid surge in cases of COVID-19. Some areas of the country are even having to roll back their reopenings, potentially leaving more people out of work or dealing with limited hours and pay.

Is Another Stimulus Check On Its Way?
Interestingly, the already proposed Health and Economic Recovery Omnibus Emergency Solutions (HEROES Act) would provide more financial payments to Americans in addition to other types of economic relief. This act was already passed by the Democrat-controlled house, but it must get through the Republican-controlled Senate when a vote comes around.

If the HEROES Act were to ever pass, families could receive up to $6,000 in payments per household. Individuals earning up to $75,000 would get a $1,200 check, and couples who earn up to $150,000 would get double that amount. Families could then receive another $1,200 per dependent for up to three dependents.

Unfortunately, Republicans have described the bill as “dead on arrival” due to other components of the bill, including a provision that would extend stimulus payments to undocumented immigrants.

Unfortunately, no one can say for sure if another stimulus is coming or what it might look like. However, The Washington Post reports that President Trump has told his aides he is “largely supportive of sending Americans another round of stimulus checks, expressing the belief that the payments will boost the economy and help his chances at reelection in November.” (source)

Now he describes another stimulus check as being ‘dead on arrival’ by Republicans, but I would not be so sure.

There are ‘unwritten’ rules in American politics, and one of those rules is that in an election year, everything is about the election. Nothing gets done that year because of this.

Right now, millions of Americans are suffering badly with job loss and economic-related problems. People need money, and they can’t get it, and they are upset and angry. It is that simple.

What would happen if Republicans actually opposed another stimulus check?

The answer is easy- the Democrats would scream “look at the evil Republicans hurting innocent Americans”, and there is no good political response to his. Even “solid” Republicans would be angry and may vote Democrat or stay home out of spite because of it.

Trump is already doing terrible in the polls, and barring serious voter manipulation at the ballot box, there is a good chance he would under natural circumstances lose. This is not a “hatred” of Trump, but a reality check based on fundamentals.

Put simply, if another check doesn’t get passed, there is a strong chance that the Republicans will get massacred in the fall, and they know it.

The idea is being floated, and the Republicans know these facts. Therefore, the chance that they will pass as second check, while still not yet confirmed, is very high.

At what point will the money printing stop? It will likely not happen in 2021, and people should prepare for this, but then again, one does not know, for anything can happen at this point as economic fundamentals have shown that almost anything at this point is possible.

What we can say is that we are in economically uncharted waters, and that the devaluation of a currency that is not attached to any direct standard of value outside of itself (such as a metal), always returns to its intrinsic value, which is nothing.

Coronavirus Cases ‘Keep Surging’ Across California
The Zoomer Generation And Generation Alpha Are Heading Towards A World Of Fascism, Nationalism And Militarism
Follow