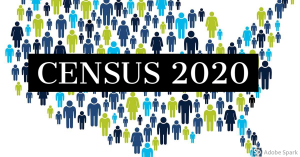 Since the year 1790, the US government designates that a census be taken of her population every decade. The Census, which is administered by the Department of Commerce (formerly under the Department of the Interior) is an all-inclusive look at the country, and while it has changed forms over the years, it is basically about knowing who-lives-where so that resources can be distributed, and while some can argue if this is for good or for ill, the fact is that all people are legally required to complete it, and the Census is very aggressive in seeing that said Census is filled out.

But what happens if the Census takes place in the middle of a crisis, such as COVID-19? Naturally it has to get done, but it also can cause any kind of disruptions, and disruptions to the Census naturally could have political consequences. AP News reports on this, saying that there are concerns about the accuracy of the 2020 Census because of the virus.

The Census Bureau said late Monday that the door-knocking and ability for households to respond either online, by phone or by mail to the questionnaire will stop at the end of September instead of the end of October so that it can meet an end-of-the-year deadline to turn in numbers used for redrawing congressional districts.

Census experts and civil rights activists worry the sped-up count could hurt its thoroughness and produce inaccurate data that will have lasting effects through the next decade since it determines how $1.5 trillion in federal spending is distributed and how many congressional districts each state gets.

“This move will rush the enumeration process, result in inadequate follow-up, and undercount immigrant communities and communities of color who are historically undercounted,” U.S. Rep. Carolyn Maloney, chairwoman of the House Committee on Oversight and Reform, wrote Census Bureau director Steven Dillingham in a letter on Tuesday.

In the letter, Maloney, a Democrat from New York, requested interviews before her committee with eight Census Bureau officials, including two recent additions to the bureau’s leadership whose appointments by the Trump administration have been sharply criticized as politically driven.

But Dillingham said the agency aimed to have the same level of responses as past censuses. The bureau will hold extra training sessions and will reward door-knockers who work the maximum hours possible.

“We will improve the speed of our count without sacrificing completeness,” Dillingham said.

As of Sunday, 37% of U.S. households hadn’t yet responded to the census questionnaire. Some of the 500,000 door knockers hired by the Census Bureau have started visiting those households, but they weren’t expected to go out in force until next week. (source)

Since we are dealing with the government here, and the US is notorious for “enforcement” of all types, good or bad, this is going to get done. But how will this affect political races in the upcoming 2020 election? I noted there could be a lot of “funny business” that takes place, and we have already seen some of that with local races and mail-in ballots, as well as talk coming from the White House about mail-in ballots and possibly a second wave of COVID-19 that may disrupt normal election procedures, and as the saying goes, “never put a crisis to waste”, the potential for exploitation in the current elections is arguably one of the highest it has ever been in American history.

Another interesting thing to come from the Census is the data itself. As I have pointed out repeatedly, the US is undergoing a fundamental transformation as regards to its demographics. What is considered “minority” is statistically becoming a majority among all groups- a “majority of a series of minorities” if one would consider it that -and that the distribution of resources to said groups may also change. Since communities are formed not by animals, trees, or machines but by the people who inhabit them, a change to the demographic constitution of any given people, no matter who they are or where they are, can result in a change of living philosophy, political allegiances, or even the influence of government in an area if a group regardless of ethnicity, gender, age, or even the a larger concentration of people into the same area. This can have serious political consequences, if not for the current election, than for the future, and most definitely when it pertains to policy making and the nature of what is considered to be acceptable laws.

The Census is a reflection of the changes that are taking place in her, for there is never a better measure of oneself than to look at that which makes up oneself, just as the saying goes that a man is what he eats.

Will this Census be considered “accurate”? What changes will it show? How will it influence society?

It usually takes at least six to nine months before serious date from any of the varied and truly diverse Census publications begin to come out because one is dealing with compiling detailed information from about 350 million people. All Census data, while boring it may seem on the surface to read, is actually a truck full of intimate knowledge to anybody wanting to understand the US. It will be interesting to see the changes, the discussion of accuracy, how COVID-19 affects the taking of the current Census, and what the Census data will say or perhaps, not say about the future direction of the country, and for the immediate future, it will be interesting to see if perhaps an “accident” or as the phrase is often used, a “mistake that was made” resulting in unexpected political consequences for the 2020 election cycle, both on a national as well as statewide/local level.

Tens Of Millions Of People May Be Evicted In The Coming Months
What Is Going On With Microsoft And TikTok?
Follow