You are here: Home › It Is Very Difficult To Believe That Navalny’s Illness Was Not An Assassination Attempt 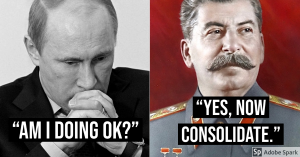 Right now, there is a lot of talk about Aleksy Navalny, the largest anti-Putin politician in Russia, following claims that he may have been poisoned, a claim which Russian authorities have denied.

Navalny remains in a coma in a hospital in Siberia after his supporters say he was poisoned. They are urging authorities to allow him to be transferred to Germany for medical treatment.

“Poisoning as a diagnosis remains on the back burner, but we don’t believe that the patient suffered from poisoning,” deputy chief doctor Anatoly Kalinichenko at the hospital in Omsk told reporters Friday.

Alexander Murakhovsky, head doctor at the hospital, later said Navalny had been diagnosed with a metabolic disease that may have been caused by low blood sugar, adding that traces of industrial chemical substances had been found on his clothes and fingers.

Navalny’s wife, Yulia Navalnaya, published a letter to Russian President Vladimir Putin on social media, requesting that he allow her husband to be transported to Germany, where a Berlin-based humanitarian organization said it would facilitate his medical care.

Speaking before the letter was sent, the Kremlin said Friday it was up to the Russian doctors treating Navalny to decide whether he was stable enough to be transported by a German air ambulance.

The 44-year-old lawyer fell ill on a flight to Moscow from the Siberian city of Tomsk on Thursday and was taken to a hospital after the plane made an emergency landing in Omsk.

A prominent member of Russia’s opposition, Navalny campaigned to challenge Putin in the 2018 presidential election but was barred from running. He has frequently been detained by law enforcement and in 2017 was attacked by several men who threw antiseptic on his face, damaging his eye.

Last year, Navalny was rushed to a hospital from prison with what his team said was suspected poisoning. Doctors said he had a severe allergic attack and discharged him the following day. (source)

Now I want to be clear, I am not looking to defend Navalny. Slavic nation politics at large is a very messed up thing, and Navalny is no wholesome candidate. To that, I am not seeking to discuss any of his positions because I am not concerned with them.

My only interest is noting that Navalny was most likely in an attempted assassination by the Russian government.

Now, there is no “clear proof” of this, and the Russians (of course) have denied anything of the sort, as it is to be expected. However, given that Russia is known for being great at bluffing but terrible at lying, there are more details of the case that point to this being an episode of poisoning.

One should recall that while the CIA and KGB both had their own “poisoner” divisions, the emphasis on either one was different. The CIA tended to use poisons as a matter of research, and in the tradition of the National Socialists which they hired following Operation Paperclip, poisons were used on prisoners, captured persons of interest, or just unwitting third-world suspects as a part of bizarre forms of human experimentation. Many of these were carried out on behalf of the CIA under the direction of the American Jewish “Poisoner in chief” Sydney Gottlieb. Gottlieb believed that poisons and other forms of physical abuse could be used to seize full control over a person’s mind and turn them into a slave, and based on uncovered documents, Gottlieb’s work from about 1950 to 1973 was the basis of the MK-ULTRA program as NPR reports.

Some of Gottlieb’s experiments were covertly funded at universities and research centers, Kinzer says, while others were conducted in American prisons and in detention centers in Japan, Germany and the Philippines. Many of his unwitting subjects endured psychological torture ranging from electroshock to high doses of LSD, according to Kinzer’s research.

“Gottlieb wanted to create a way to seize control of people’s minds, and he realized it was a two-part process,” Kinzer says. “First, you had to blast away the existing mind. Second, you had to find a way to insert a new mind into that resulting void. We didn’t get too far on number two, but he did a lot of work on number one.” (source)

This is not to say that the CIA did not kill people with poisons. Rather, from what information we know, the emphasis on poison was different. In the case of the CIA, it seems to have been used as a scientific “pursuit”.

The KGB was different, and they used poisons, generally speaking, as means of assassination. For example, the infamous National Socialist backed and Volhynian Genocide perpetrator Stepan Bandera was assassinated at the order of KGB head Aleksandr Shelepin acting on the command of President Nikita Khrushchev with cyanide. The Afghan communist politician Hafizullah Amin was assassinated by KGB agent Mikhail Talybov with poison in his soda, and Bulgarian anti-communist dissident Georgi Markov was killed with the famous “Bulgarian umbrella” that fired a bullet of cyanide into him. More recently, the famous Ukrainian opposition politician Vikor Yushchenko, known for his anti-Russian stances, survived a poisoning attempt by means of Agent Orange. The well-known case that remains unsolved of the murder of former FSB officer Aleksandr Litvinenko is another type of radiation poisoning a-la the “Bulgarian umbrella” example, and while Russia has continued to deny involvement, all evidence strongly points to her.

Both the CIA and KGB use poison, but the KGB (now FSB) has a history of being publicly tied to assassinations with poison. It is not the only means, but it is a well-known one, and thus are suspect of doing this again.

Second, Navalny is a major critic of Russia, and this comes at a time when Putin has been consolidating power, and as a part of any power consolidation, especially among despot-type governments (of which is the whole history of Russia), major leaders tend to eliminate any “opposition”, especially vocal individuals. This is not proof in itself, but is consistent with world and Russian history, such as with the infamous Cheka purges after the rise of the Bolsheviks and then the NKVD purges during the Stalin years. Remember that Stalin had most of his political dissidents put to death, and the rest fled for their lives or barely survived very abusive punishments in prison. We know for a fact that Putin sees himself and models his leadership style after that of Stalin, so it would not be a surprise to say that he is following Stalin in more than just his economic or social views.

Third, there is no clear answer as to what the medical condition actually is. Navalny says poisoning, possibly in his tea. The doctors at the hospital where he is in Omsk say that it was “low blood sugar”.

So who is telling the truth? Navalny or the doctor? Honestly, the “low blood sugar” sounds very suspicious. This also comes at a time when in May 2020, I reported that evidence has emerged that Russian authorities were threatening and murdering healthcare workers who talked about COVID-19 outside of the official government line.

I don’t like Navalny. It is possible he is lying. However, neither is the FSB a fortress of truth, and they also have a long history of lying. That said, it is likely that, in this case, it is more likely that Navalny is telling the truth than he is not, and more likely that the FSB is trying to assassinate him than they are not.

If this is the case, which it seems to be so, then we are seeing a repeat of twentieth-century patterns, with Russia attempting to become again like the USSR in a quest to “remake” herself. However, this comes at a time when she is weaker than she has ever been and more in danger of collapse, and possibly a permanent loss of large parts of her nation.

Navalny aside, the future of Russia is going to be something to watch over the next decade.

Head Of Australian Mint Prepares To Get Rid Of Coins In Favor Of Cashless Society
In A First Since The Great Depression, Two Tropical Storms Prepare To Hit The US
Follow