You are here: Home › Positive Drug Tests Skyrocket Among Employees 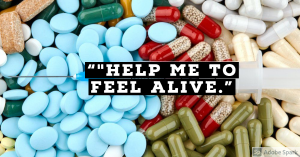 It is known that there is a lot of stress in society. But the Wall Street Journal reports that positive drug tests are exploding among employees.

The percentage of working Americans testing positive for drugs climbed last year, particularly for marijuana, according to a new report, indicating employee drug use was on the rise just as the coronavirus pandemic created new stresses.

Overall, the proportion of U.S. workers who tested positive for drugs in urine in 2019 rose to 4.5%, the highest level in 16 years, according to Quest Diagnostics Inc., DGX 0.43%▲ one of the largest drug-testing laboratories in the U.S., which analyzed approximately nine million tests last year on behalf of employers.

That percentage was 29% higher than the 30-year low of 3.5% a decade ago, in the early days of a resurgent heroin epidemic in the U.S. In more recent years, more positive tests for methamphetamine and cocaine have helped to fuel the increase in the share of employees testing positive for drugs.

But the greatest jump has been in workers testing positive for marijuana, which climbed 11% in 2019 in the general workforce from the year before and 29% since 2015. In that four-year span, the number of states that legalized marijuana for recreational use grew to 11 from four, plus the District of Columbia.

Whether more employees have tested positive for drugs amid the stresses of working through coronavirus shutdowns this year isn’t clear. Initial data suggest that both substance abuse and drug-related deaths are on the rise across the overall U.S. population.

“There is concern about the potential impact that Covid-19 is having on depression and people’s substance use patterns,” said Barry Sample, Quest’s senior director for science and technology, who pointed out that the rate of positive drug tests was already trending in the wrong direction before the pandemic.

Organizations need to consider the effects of the pandemic both on workplace safety and employee health “for some time to come,” he said.
National Institutes of Health experts say many traditional support systems to help people struggling with addiction aren’t in place amid the pandemic, and it is harder to access treatment programs and hospital emergency rooms that can initiate treatment.

“All of these aspects are translating into much more stress,” said Nora Volkow, director of NIH’s National Institute on Drug Abuse, in an interview with NIH Director Francis Collins earlier this month. “And stress, as we know, is one of the factors that leads people to relapse. Stress is also a factor that leads many to increase the consumption of drugs.” (source)

I want to be clear that I do not wish to justify illegal or immoral behavior. However, it is not a surprise that such is happening, and truthfully, can you blame the people fully taking the drugs given the current situation?

Drugs is like alcohol, pornography, or smoking in that it is a common coping mechanism for people with a lot of stress. When people are stressed out, they use it to help them either escape reality because their life is horrible, to calm down from the difficult realites they face so they can focus, or both.

Again, I want to be explicitly clear that I am not encouraging bad behavior. What I am noting is that America is a non-societal society. We are a nation of people with no community (there once was but has not been for arguably a century), no sense of roots or common heritage, and with no boundaries between personal life and social or work life. We are a bunch of isolated, largely overworked and underpaid people tossed in a mixing bowl by the spoons of fear and anger over and over so there is no state of rest or time to mix with the other ingredients to form a bond. There is nothing cohesive anymore, but a human soup splashing against other soup particles in a never-ending frezny of activity.

One of the nicknames for the Soviet Union was the “land without a Sunday” because there was no day of rest, but a constant workflow from one day to the next. Yet is this not what America has become, just with different names and a different place or application but the same principles?

People have lived this way for years, and it is the reason why Americans almost universally say they are always busy, never have free time, are never satisfied, are always worried, broke, sad, angry, and just miserable. This is generations of highly-calculated social programming at work funded by countless billions of dollars and armies of social engineers working around the clock, and the results are the mess that has been visible for years.

Now take that same mess, and throw in the fact that a lot of people are out of work, a lot may lose their homes, and a lot have no way of paying their bills, such as with putting food on a table, and what little they have is about to be lost.

I’m not saying that drugs are the answer. They are not. But what I am saying is that justice must be balanced with mercy, for this is the effect of masses of suffering people who are pushed so beyond their already overstretched limits that many are breaking down completely and just trying to feel alive as they see all things around them dying and with no way to fix the situation, and that includes themselves, their dreams, their hopes, and their futures.

The issue is not the drugs, as that is just the physical manifestation of the problem. The issue is one of the soul, and the abuse of people for power.