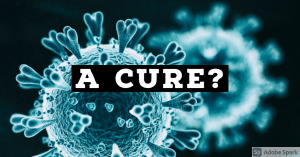 According to the NY Times by way of the San Francisco Gate, a woman may have become the first person ever to have been cured of HIV without extensive medical treatment.

A woman who was infected with HIV in 1992 may be the first person cured of the virus without a risky bone marrow transplant or even medications, researchers reported Wednesday.

In an additional 63 people in their study who controlled the infection without drugs, HIV apparently was sequestered in the body in such a way that it could not reproduce, the scientists also reported. The finding suggested that these people may have achieved a “functional cure.”

The research, published in the journal Nature, outlines a new mechanism by which the body may suppress HIV, visible only now because of advances in genetics. The study also offers hope that some small number of infected people who have taken antiretroviral therapy for many years may similarly be able to suppress the virus and stop taking the drugs, which can exact a toll on the body.

“It does suggest that treatment itself can cure people, which goes against all the dogma,” said Dr. Steve Deeks, an AIDS expert at the University of California, San Francisco, and an author of the new study.

The woman is Loreen Willenberg, 66, of California, already famous among researchers because her body has suppressed the virus for decades after verified infection. Only two other people — Timothy Brown of Palm Springs, California, and Adam Castillejo of London — have been declared cured of HIV. Both men underwent grueling bone marrow transplants for cancer that left them with immune systems resistant to the virus.

Bone marrow transplants are too risky to be an option for most people infected with HIV, but the recoveries raised hopes that a cure was possible. In May, researchers in Brazil reported that a combination of HIV treatments may have led to another cure, but other experts said more tests were needed to confirm that finding.

“I think that is a novel, an important discovery,” Dr. Sharon Lewin, director of the Peter Doherty Institute for Infection and Immunity in Melbourne, Australia, said of the new study. “The real challenge, of course, is how you can intervene to make this relevant to the 37 million people living with HIV.” (source)

There are two sides to this.

First, it is always good to hear about disease recover, especially from something so deadly has HIV and that has affected so many people for such a long time. It is a horrible illness, and there are a lot of people who through no fault of their own have it.

Second, it is that this raises questions about the future of HIV.

Can this cure be replicated? If so, to what extent?

If it can be, what does this mean for the future of the sodomites? Indeed, the LGBT is a major issue, since a lot HIV spread because of them. As Dr. Stanley Monteith famously noted, while there has been more than one place documented in connection to its spread, one of the main vectors were the sodomite “bath houses” in the San Francisco Bay area from which the virus was able to spread.

Since the cure of HIV is a major focus for the sodomites, a cure or the idea of a cure might mean more promiscuous behavior from them, as they would see it as ‘no big deal’ and just ‘get cured’ if they caught it. Right now there is a tremendous amount of very rampant sodomite activity taking place because they believe that PrEP can stop them from getting the disease, and it already risks a major spread of the virus as well as mutations of it.

What does this also mean for the future of this disease itself, since HIV is known to mutate and if a ‘cure’ was found, could eventually the disease take on a more virulent strain that may not be able to be cured?

These are some of the questions to ask, and there are not a lot of answers right now. However, as medical trends are always changing, developments to the field of HIV will certainly be something to watch for the future.

Trump Administration Says ‘Nobody Cares’ If He Violates The Hatch Act
Will Robotics Live Inside People Someday?
Follow