You are here: Home › 68% Of Republicans At CPAC Support Another Trump Re-Election Campaign 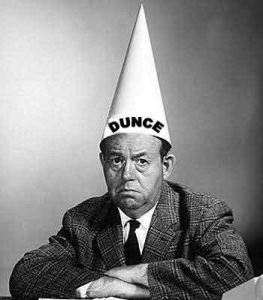 It is true that when a president leaves office, his responsibilities go with him and the focus shifts to the one in power. Regardless of who it is, it is not good to focus on the predecessor, but the incumbent. However, the Orlando Sentinel points out an interesting result from the recent CPAC conference, and that is how 68% of supporters there want Trump to run for the presidency again.

Donald Trump strongly hinted to CPAC in Orlando on Sunday that he might run again for president in 2024 and confirmed he would remain a Republican instead of starting a third political party.

After falsely claiming he had won reelection last year, he said, “Who knows? I might even decide to beat them [the Democrats] for a third time,” a statement that brought loud cheers from the conventioneers. He repeated the falsehood that he won the election several times.

The ex-president said he was sticking with the GOP to fight what he claimed was Democratic socialism, “which we know leads to communism.”

Trump spent much of the speech criticizing the Biden Administration for its policies on immigration, energy and other issues, which he called “a destructive agenda,” and said he would work to elect strong Republican leaders to regain control of Congress.

Trump called for eliminating early voting and mail-in ballots for everyone except the sick and citizens overseas. More than 100 million Americans either voted early or by mail last year, in part because of pandemic health concerns, in an election where Trump lost the popular vote by 7 million votes.

But in a straw poll of CPAC attendees revealed just before Trump’s address, just 68% said they wanted Trump to run again in 2024, a smaller number than expected considering his 97% job approval among participants. The other 32% either said he shouldn’t run or had no opinion.

In a separate poll of potential 2024 GOP nominees for president, Trump was the choice of 55% of attendees. Gov. Ron DeSantis came in second at 21%, with all other candidates in single digits.

With Trump out of the mix, however, DeSantis was first with 43%. South Dakota Gov. Kristi Noem came in second with 11%; Donald Trump Jr. got 8% for third.

The results highlighted the Florida governor’s difficult path of laying the groundwork for a potential campaign while at the same time still being seen as a loyal Trump acolyte.

U.S. Sens. Rick Scott and Marco Rubio both got 1% or less in both polls.

Cole Tucker, of Louisiana, said minutes after the speech ended that he expected Trump would run again for the White House, even though the ex-president stopped short of saying so.

“He didn’t directly say he was going to run in 2024, but he did,” Tucker said. “He was teasing us a little bit. Of course, I hoped he’d reveal more of whatever his plan his, but I understand why he probably can’t do that.”

Hours earlier, thousands of people both inside and outside the 2021 Conservative Political Action Conference eagerly waited for the remarks from Trump, who was closing out an event indelibly marked by his election falsehoods and grievances.

Crowds grew throughout the day starting with dozens in the morning, to thousands by 1:30 p.m., about three hours before Trump was due to speak. Most were not registered with the conference, so they wouldn’t be able to witness the speech.

Amid blaring car horns along International Drive and speakers on adjacent sidewalks blaring Trump anthems such as “YMCA,” Jeanette Mospaw of Winter Haven found a shady spot in the heat to wave her “Keep America Great” flag.

“There’s nothing better than all the Trump people together,” said Mospaw, who traveled with a friend to Orlando for the day. (source)

The only president to serve two non-consecutive terms in US history was Grover Cleveland in the late 19th century. This is not to say this cannot happen again. However, if it were to happen with Trump, it would most likely not be good.

I have said before that I do not hate Trump, and that my issue with Trump is not political, but principled. Trump was given a golden chance of history, and he utterly blew it because of his own arrogance and selfishness. Say what one wants, Trump was more successful at destroying himself by refusing to follow through on his promises more than anybody else.

I’m not praising the ideas themselves. I am saying that the left, generally speaking, will follow through on what it says. The Republican establishment, to the contrary, has made itself a joke by getting power after saying serious things and then utterly refusing or making every excuse that one can think of, and then some more, to NOT do what was promised. “The wall”? “Lock her up”? “MAGA”? Not unless it means mimicking Democrat policies but in a less complete way that angers the Republican base and is a poor copy of the Democrat plans.

Stop being a sucker for liars. Trump’s election was a cry for help from the GOP, he won, and the proceeded to abuse the same base, possibly worse than other GOP representatives in the past.

If a majority of the GOP is still looking to Trump for “leadership” and hope, they have a long way to go to remake themselves, because at this point, even a simple look at GOP politics can cause a man to reasonably guess that if he votes for said party, he will not get what was promised to him. Obama promised socialized medicine, and he did half of it and put the country long-term to fulfill the other half. Biden said he would print COVID checks, and he is moving as hard as possible to do this. Trump? He promised fiscal responsibility and the rule of law, and then did the opposite of the former and ignored the latter.

I want to be very clear, I do not like many of the Democrat policies. But it cannot be denied that the Democrats follow through on their words, generally speaking, while the Republican bloc tends to act like a bunch of dunces who love ear-tickling words but then are constantly disappointed when every time the new messiah’s they hail turn out to be charlatans while failing to realize their behavior was crucial to allowing and perpetuating their same party failures.

If Trump does run again, then that is on the GOP voter base. However, they should not be surprised what they will likely get if he wins, which would be the same failures but four years later and in a worse economic and political climate.

Will Biden Give “Reparations”?
China About To Face Massive, And Entirely Self-Inflicted Fertility Crash
Follow