You are here: Home › Christians In Yemen, Or Pulling The Wool Over The Eyes Of Christians? 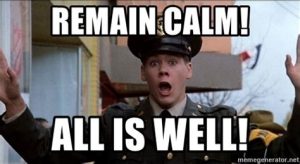 According to the Christian Post, the Biden administration is considering the removal of ‘terrorist’ as a designation for the Iranian-supported Shiite Houthi rebels, which some are saying will result in an increase in the persecution of Christians in Yemen.

The U.S. government’s decision to remove the terror designation from the Iran-backed Yemeni Houthis could lead to heightened Christian persecution, according to the head of a prominent international Christian human rights organization.

David Curry, the president of the Christian persecution watchdog organization Open Doors USA, told The Christian Post in a recent interview that removing the terror designation applied by the Trump administration in 2018 is a “mistake” that will only “embolden” Houthi militia.

“What we are seeing now is what would amount to an escalation,” Curry, whose organization monitors persecution in over 60 countries, explained. “It sets a legitimacy to the Houthis that they have the right to do this. We gravely disagree with that.”

The State Department released a statement on Feb. 7 condemning the Houthis and called them to “immediately cease attacks impacting civilian areas” and “halt any new military offenses inside Yemen.” On Saturday, Saudi Arabia said it intercepted a missile attack over its capital city and bomb-laden drones that it blamed on Houthi rebels.

On Sunday, the State Department condemned the reported attacks on population centers in Saudi Arabia and called on Houthis to end “these egregious attacks” and “engage constructively” with United Nations Special Envoy Martin Griffiths and U.S. Special Envoy Tim Lenderking to bring peace to the Yemeni people.

In making its move to remove the terror designation from Houthis, a State Department official argued in a remark to the Associated Press that the prior administration made a “last-minute designation” that international bodies and human rights groups argue “would accelerate the world’s worst humanitarian crisis.”

“I would say that removing the terrorist designation from the Houthis is a mistake,” Curry told CP. “It is going to embolden them. It is meant to be a signal to Iran that we [have] shifted our allegiance from the previous administration to balance over to Saudi Arabia down to favoring Iran and their Islamic regime.” (source)

Now we have reported for years about Christian persecution, and the reality of what happens to people who profess faith in Christ in many nations. However, there is something wrong with this story that does not make sense.

The actual numbers of Christians in Yemen I have seen range from about 3000 to 41000, with most of them being of Ethiopian Orthodox extraction. This is only natural because of Yemen’s geographic proximity to the ancient lands of Aksum, across the Red Sea. However, Yemen has a population of 29 million people. This means that Christians are, at most, no more than about 0.015% of the whole population.

Naturally, given that such Christians are living as a superminority in a country with a Muslim supermajority, persecution is expected to be frequent. This is not something new- it is a historical constant, and would exist no matter what the situation was.

Therefore, I must ask how the reclassification of the Houthis as NOT a terrorist group will affect Christians there differently than how they are being affected right now, because I do not see what difference there will be. I certainly do not see life getting better for them, and since it will likely get temporarily worse, it would likely be attributable to political instability with religion as a secondary cause, something that is not uncommon in any society where there is fighting between factions and unstable power transitions amid a history of long-term violence.

I don’t see how “Christian persecution” is going to change here. Perhaps I am wrong- I am open to this -but I simply do not see the evidence to support such claims, especially outside of a political context.

This brings me to a point I brought up a few days ago, and needs to be discussed in Christian circles, which is the manipulation of what seem to be the large masses of well-meaning but easily deceived Christians who out of good intentions want to help stop Christian persecution but fail to see that they are being manipulated for political ends by people who don’t care about them and then abandon them once their objective is achieved and ignore further persecution.

Right now, there is a lot of talk about anti-Christian violence in both Tigray at the hands of Ethiopia and Eritrea, and in China. In the case of the former, the simple majority are Oriental Orthodox Christians with a lot of generally secularized Moslems (and Christians), and in the latter, it is Chinese communism treating the Christians the way that she treats the Uyghur Moslems. Both are considered enemies of the USA and NATO for reasons of political power and economic control. In these areas, one hears constantly about “anti-Christian persecution”, which while especially real in China, is a harder sell in the lands of Aksum where Christianity has an ancient presence. It is, however, of note that Tigray has historically been a rebellious region in East Africa, and that also Ethiopia not only strives to be independent and does not want to take sides and has been abuse by both the USSR and NATO during the 20th century because of this, but Eritrea in particular has for decades ardently refused to take the “foreign aid” that the West tries to force on her and wants to produce goods and services by her own efforts, and yet is criticized for this.

Meanwhile, in India, not only are Indian scammers running amok on the phone lines across the US asking people if they want solar panels/have a missing car warranty/had their credit cards stolen/something else to the point that the IRS has began sending out form letters telling people not to contact them and providing account informtion any time IRS data is accessed, but Christians are violently persecuted in India daily and the US will say not a peep about it. It is without an exaggeration that there are Hindu terrorists burning up the phone lines in the US while burning churches and torturing Christians in the streets of India while chanting “Jai Shree Ram” and talking about creating a Hindu nationalist state that necessitates the forced conversion or mass murder of Christians no differently than how the Polish people were treated by Germany in World War II. Yet the US is silent.

Why is the US always talking about Christians in Tigray and China but never in India? Because those in Tigray and China can be exploited for geopolitical ends, while those in India cannot. It is that simple, because the US does not give a single care about Christians except how their naiveite can be used to further the interests of the select foreign companies and Cabal that controls US policy for their personal benefit at the expense and loss of the many.

So now here is a story about the “persecution of Yemeni Christians”, in a nation where there are almost no Christians, and it pertains to a group allied with a nation- Iran -that the US and in particular, lobbying groups associated with what can objective be called Jewish racism and Israeli political intrigue have been pushing for war against for years, and one is to believe that this story is just about persecution?

That seems very difficult to believe, because perhaps the real terrorists are not the Yemenis, but those who want to call others terrorists and then support blockades that have resulted in the mass starvation of possibly millions in Yemen.