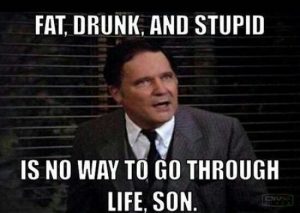 Baltimore is a scary place. Unless one is visiting select areas, much of the city has the appearance of an open-air prison, where people sit on their steps drinking from bags of unknown liquids, where curious street pharmacists dot the corners, and where whatever you do, you always keep your doors locked, windows up, an sometimes not even stop at the red lights. If you do stop for the red light, the people may shout at you, even making racist comments while you are waiting for a light to change. These ‘racist’ comments, mind you, are not levied by whites against blacks, but blacks against whites.

As noted, I say all of this from direct experience. Baltimore is not a diverse city at all, unless one means to say that the city is, for all purposes, a ‘black’ city. It is also an utter nightmare, as I noted earlier. One woman who ran as a Republican in the recent election and lost, Kim Klacik, who is black and grew up in Baltimore, pointed this out in her political advertisement.

If the city is a wreck, it also reflects the state of the people. According to a recent report from Fox Baltimore, it found that the high schools are so abysmal that having a 0.13 GPA- not an exaggeration -puts one in the top 50% of one’s class.

A shocking discovery out of a Baltimore City high school, where Project Baltimore has found hundreds of students are failing. It’s a school where a student who passed three classes in four years, ranks near the top half of his class with a 0.13 grade point average.

Tiffany France thought her son would receive his diploma this coming June. But after four years of high school, France just learned, her 17-year-old must start over. He’s been moved back to ninth grade.

As we dig deeper into her son’s records, we can see in his first three years at Augusta Fells, he failed 22 classes and was late or absent 272 days. But in those three years, only one teacher requested a parent conference, which France says never happened. No one from the school told France her son was failing and not going to class.

“I feel like they never gave my son an opportunity, like if there was an issue with him, not advancing or not progressing, that they should have contacted me first, three years ago,” said France.

Tiffany France thought her son would receive his diploma this coming June. But after four years of high school, France just learned, her 17-year-old must start over

In his four years at Augusta Fells, France’s son earned a GPA of 0.13. He only passed three classes, but his transcripts show his class rank is 62 out of 120. This means, nearly half his classmates, 58 of them, have a 0.13 grade point average or lower. (source)

This reminds me of the famous “grade scene” from the movie Animal House.

But seriously, there is something else going on here, and it is not the school. It is the parents, or rather, the lack of parenting.

The kid- really man at this point -profiled in this article in school, where was his mother? She can say all she wants that somehow her son’s failure to do anything in school is not her fault, but she is responsible for him. He goes home to her house every night. Excuse me, but where on earth was she the last four years while he was missing school and failing all classes?

There is constant talk in the US about how “urban schools are failing us”, and what is really meant by this in most cases is, too often, that “black kids are failing.” In response, a lot of people talk about “racism” and “discrimination,” or that somehow more money needs to be spend in schools. However, no one dares question the family unit, the fact that the idea of a “black family” is mostly non-existent except in history books in the US, the rampant mentality among black women of how a woman can be both a mother and a father as evidenced by “happy father’s day” cards for moms (among many examples), and how mothers are not raising their children.

If you want to see proof of this in action, go into your car and drive to the “black section” of any US city, large or medium, at about 1 AM. You will see, most likely and especially in the summertime, children between the ages of 8 and 14 on bicycles riding around with no parent in sight, or just walking in the same way. Ask yourself, what kind of parent allows this other than a parent who does not care about his children?

Likewise, I also want to be clear that what I am bringing up is not just limited to the Black bloc. You can go to many areas and see equally trash behavior- because that is what it is -among the White bloc, Hispanic bloc, and even (in a neighborhood that has a high enough concentration) Asian bloc. Trash behavior is not limited to one race, because the choice to be stupid, irresponsible, or just not care about one’s children knows no racial lines. The Black bloc is a particularly egregious example because there has been so much talk about anti-black racism for many years, billions in funding have been poured into causes that particularly focus on their demographic interests, countless initiatives have been focused strictly for them, and even there has been a consistent lowering of standards and raising of awards for their bloc alone and not given to other blocs or even to the detriment of other blocs (mostly the White bloc and Asian bloc). Instead of results, nearly six decades later there is just continual failure that gets worse with each year that are just ignored or drown out by the increasingly louder cries of “racism”, “discrimination”, and “more money”.

I bring this up because a lot of people are sick of this. Many among the White bloc have been sick of it for a while, but now the Asian bloc and increasingly, Hispanic bloc is expressing their anger.

A lot of Asians came here from hard circumstances and worked their way into business and have been very successful. Many Hispanics too, while indeed having legitimate claims of discrimination, have overcome this through the fact that many are known for their industry and have been able to raise the standards of living for their families because of this. Racism there may or have been, but that has not stopped either so many members of the Asian and Hispanic blocs from fully integrating in a normal, civilized way into the rest of society. There are good and bad members, but this is common to all blocs. What I speak of is the fact that, generally speaking, one does not go into a poor area that is a majority White, Asian, or even Hispanic, and have a generally existential fear of one’s life, where property values are in the toilet bowl, where no amount of money seems to better the conditions of the people, and where, as above, a 0.13 GPA puts one in the top half of his class.

Now there are many people in the Black bloc who are not like this. These people, however, seem to be a minority, and they seem to associate with members of the White, Asian, and Hispanic blocs more than members of their own Black bloc. The reason for this is not discrimination, but mindset. There will always be racism, but the more dangerous mindset it seems that is not discussed is the “crab-in-the-bucket” mentality that while found in all blocs, is so consuming of the Black bloc that it practically defines relations between a majority of members and those members who disagree with it are scorned while members of other blocs who point it out are called ‘racists’.

With the trends of nationalism, tribalism, and racism increasing, this observation in combination with claims of ‘racism’ are setting up a dangerous future. The trend may be not ‘racism’, but political violence on the basis of class, with members of the White, Asian, Hispanic, and Black blocs ganging up against the majority of the Black bloc and those of the other blocs who support the kind of policies and philosophies that have perpetuated the destruction and lack of education that defines so much of particularly American, inner-city, Black bloc life.

I understand poverty, frustration, bad neighbors, family problems, and more. But there comes a point when somebody cannot simply dump one’s responsibility on to others any more while claiming innocence. Unless this is addressed, and it unfortunately appears that it is not going to be, the trends of anger may grow against the Black bloc to the point it explodes into violence.

France Bans Génération Identitaire
Report: The World Is Running Out Of Sand
Follow