You are here: Home › Trump Appointee Arrested By FBI For Attacking Police Officers 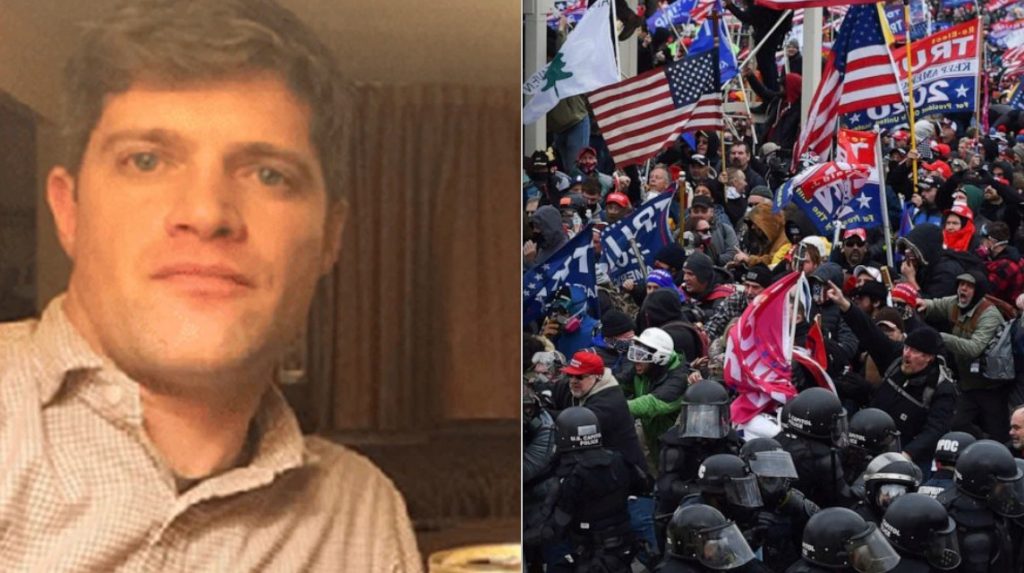 A Trump appointee has been arrested by the FBI for assaulting police officers during the January 6th breach on the Capitol, as we read in Politico:

The FBI on Thursday arrested Federico Klein, a former State Department aide, on charges related to the storming of the Capitol on Jan. 6, marking the first known instance of an appointee of President Donald Trump facing criminal prosecution in connection with the attempt to block Congress from certifying President Joe Biden’s victory.

Klein, 42, was taken into custody in Virginia, said Samantha Shero, a spokesperson for the FBI’s Washington Field Office.

An FBI lookout bulletin issued two weeks after the Capitol assault included a photo of Klein, prompting two tipsters to contact the FBI and finger him as the man in that picture, according to an affidavit filed in federal court in Washington.

The affidavit says video from police body-worn cameras on Jan. 6 shows Klein jamming a riot shield into doors at the Capitol as police were trying to secure them to keep the mob out. Klein was also heard on video trying to encourage others to clash with the police, the complaint says.

Klein is charged with several felonies, including assault on police officers, interfering with police during civil disorder and obstruction of an official proceeding, as well as lesser offenses.

Klein worked on Trump’s 2016 campaign and was then hired at the State Department. As of last summer, he was listed in a federal directory as serving as a special assistant in the Bureau of Western Hemisphere Affairs and was designated as a “Schedule C” political appointee.

I guess Right wingers will talk about “backing the blue” only when the police are attacked by the Left.

Enjoy The Summer, Because When Fall Comes, The COVID Axe May Drop
Watch Out Christians, You Are Marked And Your Days Are Numbered
Follow