You are here: Home › The Government Of San Francisco Is Now Prohibiting Cops From Using The Bus To Get To Protests 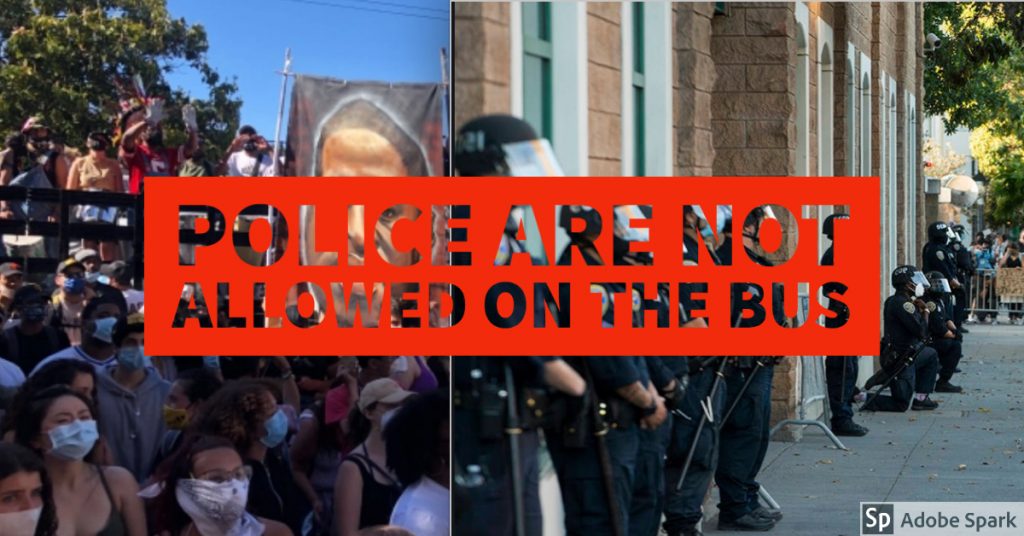 The government of San Francisco, in an act of rage against the police (and of course under the pretext of George Floyd), is now prohibiting police officers from using the bus to get to protests. According to Fox News:

The San Francisco Municipal Transporation Agency announced Tuesday it will no longer transport San Francisco Police Department officers to protests over the death of George Floyd after photos and videos on social media showed buses filled with officers in riot gear.

The agency first said, ‘We transport everyone at MTA and make sure our services are available for critical needs.”

But this week, the agency said it wanted to be “agents of change.”

Along with no longer conveying officers to “anti-police brutality protests,” SFMTA said in a statement posted on Twitter, it plans to “advance our agency-wide implicit bias training and other equity trainings that provide us with personal/professional tools to address the agency’s and our own bias to ensure that all are heard and included in our future.”

Christ warned that lawlessness will abound, and we see the seeds of this lawlessness germinating in the situation of the George Floyd fiasco.