You are here: Home › Report: Cancer Deaths Expected To Spike Due To Treatment Delays Caused By COVID-19 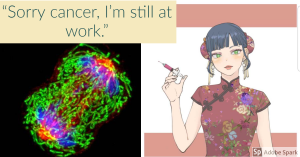 Cancer requires a lot of treatment to make it go away for many people who get it. Unfortunately, COVID-19 has delayed the process of treatment for many, and according to the Washington Post, there is a possibility that there will be a spike in the number of deaths from cancer.

The government’s top cancer doctor warned Thursday that delays in screenings, diagnoses and treatment because of the coronavirus pandemic are likely to result in thousands of “excess” deaths from the disease in coming years.

Norman “Ned” Sharpless, director of the National Cancer Institute, said new estimates by the institute show there will be 10,000 more breast and colorectal cancer deaths over the next decade than would have been expected without the coronavirus. Those deaths represent about a 1 percent increase in the almost 1 million deaths expected from those malignancies in the next 10 years. Breast and colorectal cancer account for about one-sixth of all cancer deaths.

Sharpless said his estimates were based on a “conservative” analysis of the two cancers — perhaps too conservative, he said. The researchers estimated, for example, that there has been a 75 percent decrease in mammograms and colonoscopies in recent months, but now think the number might be 90 percent or more. In either case, he said, the estimates show that even a relatively short disruption of screening and care can lead to more deaths.

The cancer institute head spelled out his views in an editorial published Thursday by Science; he elaborated on them in an interview. He wrote that while there has been a steep drop in cancer diagnoses in the United States since the start of the pandemic, “there is no reason to believe the actual incidence of cancer has dropped.” The result, he said, is that “cancers being missed now will still come to light eventually, but at a later stage (“upstaging”) and with worse prognoses.”

While delaying screenings and care was, to some extent, prudent during the height of the pandemic, “ignoring life-threatening non–COVID-19 conditions such as cancer for too long may turn one public health crisis into many others,” he added in the editorial. (source)