You are here: Home › It’s Not Just Us, Prepare For Future Shocks While There Is Still Time 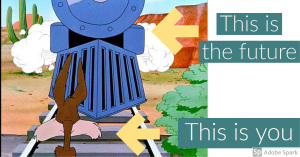 I have followed many websites over the years discussing various trends and ideas, as well as those which express a wide range of views. One of those are the sites run by Michael Snyder, an American Evangelical who runs a series of websites discussing the decline of the American economy. According to one of his recent articles that was picked up by Zero Hedge, he states that COVID-19 is just the beginning of a lot more troubles to come.

2020 has already been one of the worst years in modern U.S. history, and it looks like the next six months are going to be extremely challenging as well. But even though most Americans are expecting that things will return to “normal” in 2021 and beyond, the truth is that the “perfect storm” that we are witnessing is only in the very early stages. All of the old cycles are ending, all of the bubbles are bursting, and we are starting to experience the consequences of decades of incredibly foolish decisions. So even though the remaining months of 2020 will be chaotic, the truth is that things are going to get progressively worse as the years move along. That means that you should use this period of time to prepare for what is ahead of us, because at some point the window of opportunity to prepare will be closed for good.

COVID-19 should have been a wake up call for all of us. Lockdowns were implemented very suddenly once the virus started to spread in the U.S., and shortages of key items began to happen. To this day, many retailers are still limiting the number of items that you can buy in certain categories. Hopefully this has helped people to understand that if you have not stocked up in advance, you may not be able to go out and get what you need when a major crisis strikes.

During the initial stages of this pandemic, a lot of people ended up being stuck at home without enough supplies. In the event of a truly historic emergency, you can certainly survive without toilet paper, but if you run out of food you could find yourself in big trouble quite quickly.

The good news is that COVID-19 is not going to kill us all. About half a million people around the world have died so far, and the final death toll will be a lot lower than the tens of millions that died during the Spanish Flu pandemic of 1918 to 1920.

But if our society was extremely ill-prepared for a pandemic of this nature, what is going to happen when a pandemic that is much more severe hits us?

Scientists assure us that it is just a matter of time before a killer plague sweeps across the planet, and the Bible tells us that there will be “pestilences” in the last days. If you find yourself isolated at home for an extended period of time as millions of others are dying from a virus, will you be able to survive on what you have already stored up?

If not, you need to get to work. (source)

All of the above is absolutely correct. All of us, in our own ways, have been saying the same at Shoebat.com, but the importance of doing this now has never been more relevant.

There is no good way to put it- WE ARE RUNNING OUT OF TIME.

I’m not saying it is going to be tomorrow, next week, next month, or even next year.

What I am saying, as clearly as I can, is that the world stands on the edge of a major conflict, for as history tells the story, when there are no other ways to fix problems, governments bring people to war.

This is where the world is going. You are being dragged, like it or not, into a major global war, and you are not going to be able to stop this.

I write a lot about COVID-19, and I do not wish do downplay the serious nature of this. However, if I had to choose between COVID-19 and the chances of what are coming in terms of importance, COVID-19 is absolutely nothing just in the same way that the Spanish Flu was to World War II, for while both are notable events, the later is certainly more serious than the former.

This summer should not be a summer of ‘rest’. It should be a summer of work, for the future is upon us and it is not good, and if the economic shutdowns now are just a taste of what is coming, what will the future look like?

The answer is not good.

Life is NOT going to return to normal. Instead, take a look around you and take a deep breath, because this IS the new normal. This is what the future is going to look like, and while forms may change slightly, just as with the world before 9/11, the old is gone and a new paradigm has been ushered in.

Now is a ‘down’ time. If you are not preparing, you are only setting yourself up for a lot of trouble in the future because the government has already bailed out the citizenry once, and she is likely going to bail them out again with a second stimulus check. Outside of this, and barring a full-out ‘debt jubilee’ that results in a disowning of the debt, life is going to look a lot more like the Soviet Union and contemporary Russia, and there will be no one to help you.

Prepare while there is still time for the shocks that are going to hit the US economic system. At this point, it is not about ‘living well’ but about simply getting through the crisis, which will be a tremendous challenge, as this will not last weeks and months but many years until it passes.