You are here: Home › Report: Weather Extremes As One Of The Coldest Places On Earth Hits Record-Breaking 100 Degrees Fahrenheit 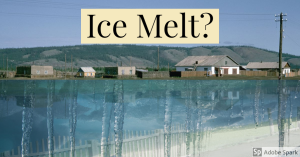 Verkhoyansk is one of the coldest places on earth along with her neighbor several hundred miles away in Oymyakon (the coldest place on Earth), located in remote northeastern Russia. However, Science News reports that the town had temperatures over 100 degrees, and while the matter is formally being investigated by scientists, if it is officially confirmed such, it will be a record for temperatures over the Arctic circle.

The remote Siberian town of Verkhoyansk is known for its extreme cold: Winter temperatures often dip below –50° Celsius. But on June 20, temperatures in the town soared to a high of 38° C (100.4° Fahrenheit). If confirmed by the World Meteorological Association, that marks the hottest temperature ever recorded north of the Arctic Circle.

Verkhoyansk has experienced extreme heat before: On July 25, 1988, the town hit a then-record of 37.3° C (99.1° F). The new high, which smashes that 32-year record, comes on the heels of a historically hot May around the globe, and especially in Siberia, which is in the grips of an ongoing heat wave.

Globally, May was 0.63 degrees C warmer than average May temperatures from 1981 to 2010, enough to set a new record, according to the European Union’s Copernicus Climate Change Service. But in parts of Siberia, particularly in northwestern Siberia, May temperatures were as much as 10 degrees C higher than average. The anomaly was so marked that the region’s heat wave would represent a 1 in 100,000 year event — at least in a world without climate change, climate scientist Martin Stendel of the Danish Meteorological Institute in Copenhagen, tweeted on June 9. With climate change, however, such Arctic heat waves are expected to become more common, along with melting permafrost and increasing wildfires

The new benchmark highlights how the Arctic region is warming twice as fast as the rest of the planet, a phenomenon known as Arctic amplification. Average temperatures in Siberia from December to May were also the warmest on record going back to 1979, according to Copernicus. When combined with data from NASA going back to 1880, the researchers suggest, this six-month period is likely unprecedented within the last 140 years. (source)

“Free Money” Is Turning Into Higher Taxes All Across The Country
It’s Not Just Us, Prepare For Future Shocks While There Is Still Time
Follow