You are here: Home › New York May Experience A Major Decline 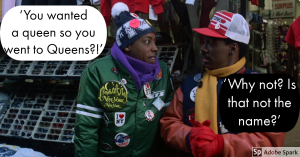 If there are two cities that one could say “run the world’, without question they are London and New York, for both are major financial, economic, cultural, heavily populated centers whose influence by direct action or indirect effect is felt in every home around the world. It is true the cities go through “good and bad times”, but according to a recent editorial by the New York Post, they foresee New York City in for a serious decline.

New York City’s relentless crime spike and chaos on the streets make it painfully clear: Gotham — significant parts of it, anyway — is headed for a steep decline. The big question now is whether it can be stopped.

As The Post reported Monday, shootings in the city are running at nearly twice the rate of last year. As of Saturday, there have been 821 outbursts of gunfire, with 1,000 victims this year; 2019 saw just 446 shootings, with 551 victims at this same point.

Police recorded a dozen gunplay incidents Saturday into Sunday morning alone. At least four people were killed over the weekend.

The Post’s Doree Lewak reported Sunday that even one of the most vocal anti-crime activists in the area, Elizabeth Carr (among others), is giving up and moving away.

“We reached our New York expiration date,” Carr sighed. “Things weren’t heading in the right direction.” A friend, she noted, couldn’t even find a broker to sell her apartment at 72nd Street and Columbus, a usually highly sought-after location.

De Blasio’s response is simply to rail that the crime and chaos are “unacceptable.” But his own policies — and new state and city laws — have fueled the problem.

Neither he, nor Gov. Andrew Cuomo, nor state lawmakers, all of whom share blame, care to address those laws and policies.

We hope he’s wrong. Because without public pressure, decline is inevitable. (source)

This is not the first time that New York City has had serious problems. One may recall that during the 1970s, New York City was a dangerous place, filled with crime, homeless people (of the worst kind), drugs, and physical trash leading to a proliferation of disease and “urban wildlife” that made the area an undesirable place to live. Even with efforts in the 1980s to control drugs and homelessness, there was still a lot of crime that was arguably not brought under control until the 1990s, and thanks to the continued economic “expansion” fueled by credit and financialization, it helped to “boost the economy” just as in previous years it helped prevent the city from decaying further into more chaos than what it was already inclining towards.

But what will happen now, as the US is experiencing serious financial problems, and there is no “cushion” to draw credit off of, save for money printing?

This is where it is likely that New York’s coming decline, fueled by political tensions aggravated for political reasons, could be more serious than in past years, since there is no real way to “come back” from the current crisis barring a crash in the dollar.

However, there is one exception to this- that is, if a crash were to happen, followed by the economic boost that would come from a major military conflict allowing for the production of good for war that would ‘boost the economy.’

There is a famous trend analyst, Gerald Celente, who has said for years, ‘When all else fails they take you to war,’ and his point here is of importance because right now, the systems created are failing (indeed, it is arguable they were created to fail), and given the rise in nationalism and militarism, it is likely that one will see the world return to war in probably a decade or so.

All cities go through cycles, and New York will likely be “revived”, but the question remains as to how, and if the patterns of history are correct, it might come at the cost of many innocent people. However, this has scarcely ever concerned “Wall Street”, as it has an infamous history of valuing profit over human life, and doing whatever one believe needs to be done in order to get power without care for who is harmed.