You are here: Home › The Man Who Murdered A Police Officer In Oakland During The George Floyd Protest Was A Right-Wing Militant 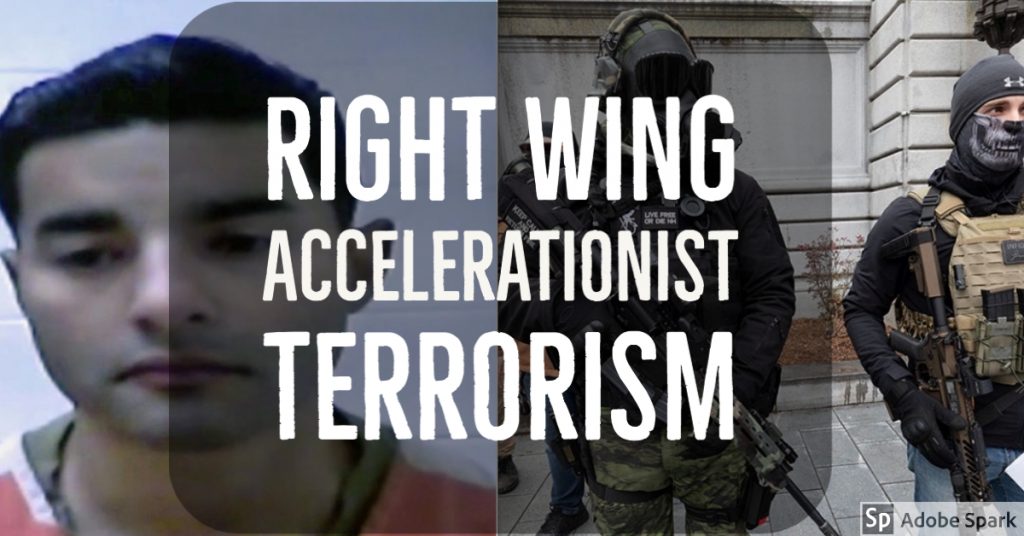 Steven Carrillo (left) murdered Officer Underwood during a George Floyd protest in Oakland. He was a part of the Right-wing fanatic anti-government Boogaloo movement

When it was reported that a police officer in Oakland, Patrick Underwood, was murdered as he was trying to keep the peace in a George Floyd protest, many of us assumed that the killing was committed by Afro-centric militants bent on killing police officers. Well, we assumed wrong. The FBI just confirmed that the murderer, Steven Carrillo, was a far-Right militant who was a member of the anti-government Boogaloo movement that wants to overthrow the State and spark another civil war.

The murder took place on May 29th of 2020. A white van drove in front of two officers who were on patrol outside the Ronald V. Dellums Federal Building during the George Floyd protests. The sliding door of the van opened, and the assailant, whose identity was not known, opened fire in a drive-by shooting. David Patrick Underwood, who was 53 years old, was shot and killed while his partner was critically wounded.

When investigators from the FBI discovered Carrillo’s white van, which had been abandoned, they found inside of it firearms, ammunition, and bomb-making equipment. They also found a ballistic vest which bore a patch with the boogaloo symbols of Hawaiian-style print and igloos. 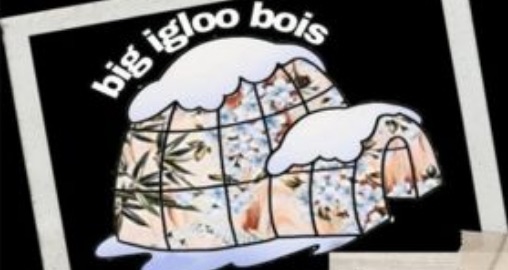 According to an ATF official, Cariloo used a homemade machine gun with a silencer when he murdered officer Underwood. The weapon was a “ghost gun” and did not have a serial number.

On June 6th of 2020, officers from the Santa Cruz County Sheriff’s Department came to Carrillo’s home in Ben Lamond, California. Carrillo was armed with an AR-15 and opened fire on the officers, killing Sheriff Sgt. Damon Gutzwiller. He also threw pipe bombs at the officers. Several other officers were wounded in the exchange. Carrillo was wounded and ran, later attempting to hijack a car. According to the criminal complaint, Carrillo graffitied on top the car, with his own blood, the words “I became unreasonable”, “stop duopoly”, and “Boog” (in reference to the Boogaloo movement). Carillo was eventually arrested. Another man, Robert Alvin Justus Jr., confessed that he was the driver of the white van during the murder of officer Underwood and is in custody.

According to the FBI, Carrillo intentionally targeted cops during the George Floyd protests to capitalize on a tense situation in which anti-police sentiment was high. According to a report from Forbes:

During Tuesday’s press conference, FBI agent Jack Bennett said Carrillo and Justus purposefully chose the protest as the locality of the killing to blend in better and to take advantage of community grief over the police killing of George Floyd.

According to Joel Finkelstein, director of the Network Contagion Research Institute:

“Elements of The Boogaloo have evolved from a gathering of militia enthusiasts and Second Amendment advocates into a full-fledged violent extremist group, which inspires lone wolf actors and cell-like actors alike … Given recent events and the inability of law enforcement to grasp and intercept this new mode of distributed terror, we think an increase in these kinds of violent attacks against police are almost inevitable.”

In an online chat on a Boogaloo Facebook, Carrillo specified that he wanted to kill cops and that the protests was their opportunity. In the chat he said:

“It’s on our coast now, this needs to be nationwide. It’s a great opportunity to target the specialty soup bois. Keep that energy going.”

“Soup bois” (a play on alphabet soup) refers to security agencies like the FBI and the ATF.Justus responded with: “Lets boogie … Starting tomorrow, Oakland be popping off. Maybe more.”

The Boogaloo movement subscribes to a violent form of Right-wing accelerationism, which hold to the idea that violence or crises could be used to accelerate society into their utopia. Brenton Tarrant, the Christchurch shooter who murdered over 50 people, wrote about this strategy in his manifesto. He specified that Right-wingers should vote for controversial politicians who argue against the status quo; even Left-wing politicians who are radically against the establishment should be for and, in the words of Tarrant, work “far more in your favour
than a vote for a milquetoast political candidate that has no ability or wish to enact radical change.” He also stated: “True change and the change we need to enact only arises in the great crucible of crisis. A gradual change is never going to achieve victory”.

In this time of Left-wing fanaticism, we must be wary and extremely vigilant of the reality of Right-wing agitators who are using such a situation as this to accelerate nations into violence, into hysteria and delusion. For reactionaries soon get tired of their fantasies, and they want their delusions to become reality. People are then deemed as obstacles, or a means to, the manifesting of their fantasies, and sacrifices must be made. Only problem is, these sacrifices are and will be innocent life.

Former Soviet President Gorbachev Denies Existence Of Past Plans To Sell The Region Of Karelia To Finland
Poll: Americans Are Unhappier Than Ever
Follow