You are here: Home › The COVID Legal Disenfranchisement Begins 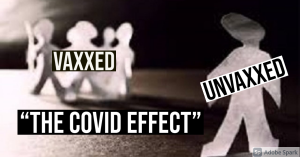 I have always tried to provide two warnings about COVID. The first is the obvious- to be careful because the disease really is something, and it really can make you very sick, and that it is not a joke. The second is that COVID is being used for the even deadlier purpose, separate from the medical aspect, to justify broad social changes that will long outlive the virus itself. Both are serious.

For this purpose, I want to focus on the latter, as laws are being passed and court or legal opinions being given and accepted that allow for the increasing social disenfranchisement of people who refuse to take a COVID vaccine. In Brazil, as I reported, social benefits (welfare, food stamps, etc.) can be taken away and people can be restricted in their movement if they do not take a vaccine. In the US, it recently came out that employers can bar employees from returning to work if they do not get a vaccine. Now according to the Malay Mail, France is seeking to ban people from public transportation who do not get the vaccine.

People who fail to get a Covid-19 vaccination could be banned from using public transport in France, according to a draft law sparking angry protests from opposition politicians today.

Prime Minister Jean Castex yesterday got his Cabinet’s backing for a bill that is designed to provide a legal framework for dealing with health crises, including the coronavirus pandemic.

According to the text, which will now be submitted to parliament, a negative Covid test or proof of a “preventative treatment, including the administration of a vaccine” could be required for people to be granted “access to transport or to some locations, as well as certain activities”.

According to opinion polls, 55 per cent of French people say they will not get a Covid shot, one of the highest rates in the European Union. (source)

I am not “anti-vaccine”. I do want to be aware of what I am putting into my body, what it is made of, and what the health effects are before I do it. For example, there are certain food products that I will not eat, such as most food imported from China, because of known contamination in the food, whether it be “fake food” to food being raised in literal sewers with human feces, to contamination with industrial chemicals. It is not that I am “anti-Chinese”, because I will eat food from anywhere else in Asia, including Taiwan, but that I care about my health, I know that while certainly not all Chinese-imported food products are bad, there is enough of an issue that I need to be aware of what I do before I choose to consume something.

The same is with this COVID vaccine. I am not a vaccine expert nor will ever claim to be, but simple observation and questions make one necessarily be concerned about it.

For example, why the rush to vaccinate? The virus is not good, but there are already many questions about the statistics being used to track it and the deaths attributed to it. It is not like the Spanish Flu, so why is there such a panic to vaccinate?

Likewise, what is in this vaccine, and what are the health effects? There are already questionable ingredients such as aborted fetal cell parts, and with that, not a few people who have become extremely ill from taking the vaccine, and yet with not explanation really as to why this happened from what I have seen.

Why for example was this vaccine found months ago, in a patent and tied to questionable financial and electronics programming as well as nanotechnology (more on this in a future article)? No one has yet to explain that even though one can find this information publicly.

Why are leaders such as Putin in Russia ordering all citizens to get the vaccine yet he will not take it, yet if a citizen does not take it, there seem to be concerted legal steps being implemented to force the average man to get a vaccine?

There is something wrong with this whole picture. The issue here is not about the concept of vaccines, but rather, the safety, logic, and strange events surrounding this vaccine that make it questionable.