You are here: Home › GM Moves To Stop Making Gas-Powered Cars By 2035 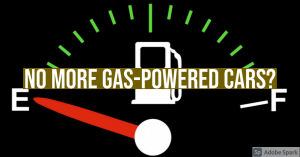 Time passes quickly, and while 2035 may seem as though it is a long ways away, it is not.

GM, the automobile giant, has according to Axios made a quiet move in her business model, in that by 2035, the company plans to stop producing gas-powered vehicles.

General Motors is setting a worldwide target to end sales of gasoline and diesel powered cars, pickups and SUVs by 2035, the automaker said Thursday.

Why it matters: GM’s plan marks one of the auto industry’s most aggressive steps to transform their portfolio to electric models that currently represent a tiny fraction of overall sales.

Transportation — including passenger cars but also trucking, aviation and other forms — is the largest source of U.S. greenhouse gas emissions and a huge source worldwide.
The big picture: The 2035 “aspiration” would put GM on the same timeline with the state of California, and an identical or similar path t0 several countries with plans to phase out sales of internal-combustion vehicles.

How it works: The target to make all light-duty vehicles zero-emissions is part of a wider climate pledge GM unveiled Thursday. The company said it plans to become “carbon neutral” by 2040.

CEO Mary Barra said Thursday that the target means “removing emissions from all our products, including every vehicle we produce, and all of our global operations in the next twenty years.”

“Where removing emissions is not possible — for example if the technology does not yet exist in those timeframes — we will compensate for those emissions through carbon credits or carbon capture,” she said in a LinkedIn post.
By the numbers: GM said that tailpipe emissions account for 75% of its carbon footprint. The new pledge comes as the automaker has been speeding up rollout of new EVs, with a number of models hitting showrooms in the next several years. (source)

Whether or not this happens is another issue, but the likelihood of this is rather high and should not be ignored.

Gas powered vehicles are comparatively cheap, efficient, and have over a century of reliability. However, electric and other ‘alternative’ technologies are expensive and for the foreseeable future, will be.

There are numerous effects this could have, but one to consider is on the nature of transportation. Since the ability to move from place to place is a key factor in not just economics, but personal freedom, putting limitations on this would directly affect people’s livelihoods.

There are a series of possibilites where this could go, but as I have noted, while there have been moves to the countryside, the trend for the future- and it will return stronger post-pandemic -will be concentration towards the cities for economic opportunities. The potential for the countryside to simply ‘rot’ is not just a theory, but can be seen in the decaying infrastructures of many small towns across America, a process that has not stopped since the Second World War.

If the power of the gas-fueled car was curtailed- forget about stopped -it would have a significant impact on the ability of people to function, and would force men to the cities save for the minority who can work from home, because no matter what one believes or thinks, most jobs require the physical presence of a person in an area doing a task at hand, and if most live in cities, men have to go where the jobs go.

This is an interesting long-term trend to plan for and take observation of, noting that while it does not affect the near future, or even possibly a Third Global Conflict, it could become a major factor after such a conflict, and should not be put out of thought.