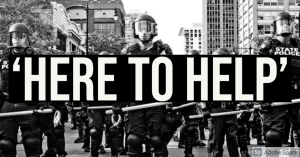 One of the most important tools for a journalist is to make requests from something called the “Freedom of Information Act” (FOA), which is an act passed in 1967 that ensures that public records are open to the public for inspection upon request. It is not a crime to request such records. In fact, not only is it entirely legal, but it is critical to academic research, public discourse, history, and just general honesty. The government at all levels has entire bureaus dedicated to fulfilling FOA requests, and many do it voluntarily and help with it, such as the CIA Reading Room.

However, according to The Washington Post and reported on by MSN News, the state of Louisiana found itself in a bind and had to make some major retractions after a reporter was sued and threatened with further legal action for filing an FOA request to obtain records about a state prosecutor charged with sexual misconduct.

“The records should be ready and released to you by early next week,” officials eventually told Gallo on Jan. 22, a few days after she reported the criminal division head of the Louisiana attorney general’s office had his pay docked for participating in “inappropriate” conversations.

Then the attorney general’s office came back with new arguments — and a lawsuit.

“You have demanded information which will compromise the rights of our employees and could lead to litigation over the violation of those rights,” staff for Attorney General Jeff Landry (R) wrote Friday in a letter to Gallo, a 28-year-old reporter at the Advocate and the Times-Picayune.

The letter added: “Allegations of sexual harassment that turn out to be unsupported, inaccurate and unfounded can destroy marriages, damage employee’s children, wreck families and ruin reputations.”

The lawsuit against Gallo asks a judge to weigh in against disclosure and requests that the defendant pay any legal fees, alarming journalists and experts in press law who called the move a threat to government transparency and accountability. Peter Kovacs, the Advocate’s editor, said he fears a “chill” on ordinary citizens’ ability to get answers from those in power.

“If a citizen filed a public records request and then was sued and had to pay the legal fees of the agency that requested it, you would have a lot less citizens feeling comfortable filing public records requests,” he said. “It becomes an intimidation measure that promotes government secrecy.”

“It should matter to every citizen of Louisiana who might become the target of the might of their government,” he said in an interview.

The attorney general’s office did not immediately respond to requests for comment, nor did the official who was sanctioned, Patrick Magee. Magee, who has led the criminal division since 2018, does not appear to have commented publicly on the allegations against him. (source)

What this reported did was completely legal and NORMAL, the latter to emphasize more than the former, because this is a part of standard journalistic investigation.

If there is something that a government does not want a person to see, they black it out. You can view this in CIA documents all the time. It is standard practice.

There is absolutely no basis for a suit or action of any kind for filing such a suit for making a legal request except to try and bully or intimidate the person making the request.

This is what makes the story so interesting, as it represents a trend taking place towards a rise in socialism and the shutting down of ‘free speech’ in the US from what it once was.

If people cannot make legal requests- especially ones relevant to public corruption and which they are entitled to do -without potentially suffering legal consequences from their own government, nobody is going to want to do them because they do not want to have their lives destroyed, and in the US, this is the most common way that people are ‘attacked’. Unlike the USSR, where one might die or be thrown off of a building, in the US the death is economic, as the spending of money and time on lawsuits is meant to destroy a man’s ability to provide for himself so he is left broke, penniless, and vulnerable, and then succumbs to his environment. It is a different way, but the effects are just the same.

The concept of free speech and free discourse is always under threat, but in the current time, it is perhaps the most endangered that it has ever been. It is not going to get better, and if more laws in the name of ‘hate speech’ or other needlessly politicized topics continue to be passed and accepted, it will not take much for cases such as this one above to go forward an eventually, shut down and snuff out what ‘freedom of speech’ is left.