You are here: Home › Report: Migrants To Germany Make Shift To Political Right 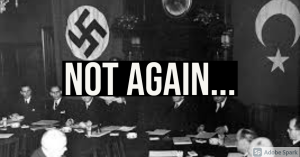 In the US, one can see how the changing nature of political discourse and demographics are working together. This is most evidenced through the Hispanic populations, which has seen a consistent rise in support for the political right with each year. Since they are the most consistent bloc in terms of fertility rates, a lot of the future of politics depends on their vote, and the move to the right will be interesting to watch for the future.

But in Germany, a similar phenomenon has been interestingly noted, where the children of migrants, many of them from Turkey or the Balkans, are shifting from the politically left-wing inclinations and are embracing the political right, so much that as the Wall Street Journal reports, Merkel’s Christian-Democrat Union is now made up one-third of migrant background, and celebrates Ramadan along with Christmas.

Germans with foreign roots are increasingly voting for the center-right, providing a new pool of voters for the party of Chancellor Angela Merkel as the country’s social fabric becomes increasingly diverse and traditional political allegiances dissolve with integration.

This could have significant political implications for the country, which was home to the largest group of migrants in the world—13 million—in 2019, just behind the U.S., according to the United Nations. It also shows how decades of immigration into Europe has transformed the continent’s demographics and is reshaping politics in unexpected ways.

The finding, in a new study by the Konrad Adenauer Foundation, a think tank linked to Ms. Merkel’s Christian Democratic Union shows a majority of people of migrant origin in the country favor conservative, free-market or even far-right parties.

“We are seeing a process of normalization,” said Viola Neu, the author of the study. As migrants become economically and culturally more integrated, get naturalized and gain the right to vote, they tend to shift support from the center-left to the center-right, she said.

Now, that pattern is breaking down because immigrants are becoming better integrated, Prof. Uslucan said. Meanwhile, conservatives are reaching out to migrant communities, which are often younger than the general population and therefore attractive to parties with an aging membership, he said.

In a recent essay titled “The CDU Is the People’s Party of a Diverse Nation,” Health Minister Jens Spahn, a prominent CDU leader, and Düzen Tekkal, an award-winning filmmaker of Yazidi origin, call for a “cosmopolitan patriotism” embracing all of Germany’s ethnic groups. (source)

Germany was once a Christian nation, but for all practical purposes, is no more. They are essentially returned to paganism.

Turkey is a Muslim nation, but with a lot of secular inclinations.

We know that just as in the past, pan-Germanism and pan-Turkism are on the rise again.

Both groups- Germany and Turkey, and paganism as well as Islam -have persecuted the Church aggressively. They have attacked the Church directly, even going to far as to invade and sack the city of Rome.

The culmination of history is the fight between good and evil, with Christ and His Church against the whole world eventually, in a world that has rejected Him. Just as Sacred Scripture warns, ‘when the Son of Man returns, will He find Faith on the Earth?’.

Since we know all these things, a question to ask here, from a political perspective, is are we seeing the first emergences of a trend that integrate Germanism with Turkism- an Islamo-Pagan union, if you will -that would come together to wreak havoc in Europe and persecute the Church? Perhaps also, to pit one group of migrants- “good” (Turkish) migrants against “bad” (African) ones? In other words, migrant against migrant in a political contest in the same old struggles but with a modern context and using modern weapons?

It remains to be see, but it is an important trend that must be watched, lest one be taken by surprise while ignoring the lessons of history.

Louisiana Attorney General Sues Reporter Over Freedom Of Information Request
Is Central Africa On The Edge Of A Major Famine?
Follow