You are here: Home › Students, Not Faculty, Are Driving University Censorship 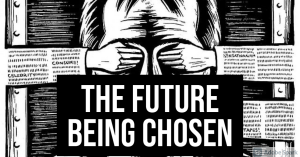 There has been a lot of talk and complaining for years about universities censoring speech or Christian groups from speaking. However, according to the Christian Post, there has been a change where the majority of this push is not coming from faculty members, but students, who are demanding censorship.

Threats to free speech on public college campuses are increasingly being driven more by students than administrators, a panel of experts who spoke at a virtual Baylor University event said Wednesday.

The event was held in coordination with the Institute for Humane Studies at George Mason University and the Initiative on Faith & Public Life at the American Enterprise Institute.

French recounted how the “speech codes” of many public universities that limited student rights “began to melt away” as they were legally challenged in the 1990s and early 2000s.

“A lot of university censorship was top-down. It was a dean stepping in; it was an administrator stepping in,” explained French. “Around 2014, 2015 you began to see students much more stepping up to demand censorship.”

French went on to state that while he believed there were strong “formal, legal protections” for free speech on campus, “the culture of free speech is less secure than it’s been in a long time.”

Rauch, the author of several books and senior fellow at the Brookings Institution in Washington, agreed, saying he believed “we have shifted from an environment where we have a lot of top-down pressure on freedom of speech to a situation where … the administration is defending free speech, often from students who are attacking it.”

“The problem has morphed from legal culture and speech codes to civic culture and peer pressure of students on each other,” continued Rauch, who noted that several polls have shown that most students feel “inhibited” from giving their opinions. (source)

One of the points I have noted for a while is that politics ultimately is a reflection of the desires of a particular people. Good or bad, how a people is governed reflects many times their values, not the other way around.

The rise in socialism in the country clearly is indicative of what many people- or at least, a notable bloc of people -want for themselves. People vote for values they believe in or desire. They always have. Thus, why is free speech, or the ability to laugh at oneself, or the concept of free and open discourse disappearing? Because that is what the people want. They don’t want these things any more. they want socialism, direct control, and a ‘mommy government who they can go to and cry on his/her/its shoulder.

This is exactly what they are going to get too, with the changes being obstructed by the Boomers, who are dying, and as Millennials and Zoomers take power, will institute these changes. It is but a matter of time at this point.

The culture was is over, because barring a major change in values, most of the ideas have already been set, as this is what the people want. The danger however is always the same, because as the saying goes, ‘be careful of what you want, you just might get it.’

France Is Intensifying Its Anti-Islamic Laws
MMT In Action As Us Budget Debts For 2021- Even Before BidenBux And KamalaKash -Hits $2.3 Trillion
Follow