You are here: Home › Thailand Seeks To Turn Pot Into A Cash Crop 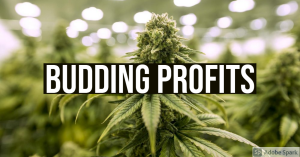 One of the trends that I have noted on Shoebat.com that is going to be important to watch is the legalization and legitimization of marijuana consumption, possibly to the point of smoking cigarettes or consuming alcohol. This is not just limited to the US, but is a global trend with potentially major economic consequences.

According to Channel News Asia, the southeast Asian nation of Thailand is now pushing marijuana farming as a new “cash crop” for its citizens.

Thailand is promoting cannabis as a cash crop for the country’s farmers as another source of income, a senior official said on Sunday (Feb 21).

“Everybody has the right to grow marijuana by partnering up with provincial hospitals for medical use,” deputy government spokeswoman Traisulee Traisoranakul said, adding that those interested would have to also seek approval from authorities.

“So far, 2,500 households and 251 provincial hospitals have grown 15,000 cannabis plants,” she said. “We hope that cannabis and hemp will be a primary cash crop for farmers.”

Others that can seek licences to grow cannabis include universities, community enterprises, medical professionals and traditional medicine professionals.

The announcement comes after Thailand last year removed certain cannabis and hemp parts of from its narcotics list.

Cannabis can also be used in food and beverages at restaurants, as long as it came from an approved producer, Traisulee said, adding that the Medical Marijuana Institute will hold information sessions for investors and the public this month.

The state drugmaker, the Government Pharmaceutical Organization, said it would buy cannabis from approved community enterprises for up to 45,000 baht (US$1,500) per kilogram, for those containing 12 per cent cannabidiol (CBD). (source)

There is already a move in the US to make marijuana into a cash crop. It is slower, but very present, and a part of the trend of marijuana legalization to watch. Considering that major companies are investing into it and trying to seemingly corner the market early, marijuana farming could become very profitable and common in the US as a commodity just as corn, soy, chickens, cattle or other items.

Open Your Wallets, More “Stimulus” Is Coming Because If It Doesn’t There Will Be Massive Homelessness
The Rejection Of The Beauty Of Christianity Is A Pandemic That Needs To Be Destroyed
Follow