You are here: Home › Open Your Wallets, More “Stimulus” Is Coming Because If It Doesn’t There Will Be Massive Homelessness 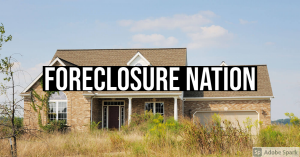 Ready for buck from President Biden? Open your wallets, because the bill that would permit for a third stimulus check has just cleared another major hurdle and the chances of it passing are going to significantly increase.

I will go further and say that there almost a guarantee this bill is going to pass, because it is political. The answer summarized, as I have given longer and more detailed explanations in the Shoebat archives, is that the economy is not getting better, the problem is the debt, the debt is not going away, and as such business cannot function because no one can pay their bills. As a result, the government has stepped in to subsidize individual private debts for people now just as with what happened in 2007 and 2008 but for corporations. The stimulus cannot go away because if the money flows stops then bills do not get paid and the economy will fall apart.

One of the most serious areas for stimulus payments to assist is with housing, for as Time Magazine reports, countless numbers of people across the country are unable to pay their rentals and barring the recent intervention from the government forcing a moratorium on evictions, many would be on the street.

Nearly 12 million U.S. renters were expected to owe an average of almost $6,000 in late rent and utility payments per household by January, according to a December analysis by the economic research firm Moody’s Analytics.

So far, many of those tenants have gotten a reprieve. Several cities, like Seattle, and states, including Washington, have made it temporarily illegal for landlords to evict most tenants for nonpayment during the pandemic. In September 2020, the Centers for Disease Control and Prevention strengthened these protections by issuing a federal ban on most evictions through January, which President Joe Biden extended through March 31. But these short-term fixes leave open the question of what happens when the eviction moratoriums expire in the coming months. Housing advocates predict both a tsunami of evictions and a significant rise in homelessness. “If we do not find a way to keep people in their homes, it’s going to be overload,” says Jeanice Hardy, regional director of family and related services for the YWCA serving Seattle and King and Snohomish counties. “There’s not enough shelters to go around.”

More than 70% of properties with four or fewer rental units aren’t owned by fat cats at all, according to the National Association of Realtors, but rather people like de Laat: mom-and-pop landlords who often live nearby; manage the property themselves; and rely on the rental income to pay their own mortgages, health care bills and monthly expenses. Almost half the nearly 49 million rental units in the U.S. are owned by individuals, who tend to offer more affordable housing in their communities than the billion-dollar conglomerates that build high-rises with marble counters and rooftop pools. (source)

But as Time magazine notes, there is another side of the pandemic situation, and that is the landlords. Remember debt does not affect just tenants, but the landlords too, who also have to pay their bills. As Time astutely points out, there is no good answer because while it is necessary to keep people in their homes, the inability to pay bills to the bank by a landlord may result in foreclosure on the property from a bank. This is of course an exception if one owns the property being rented, but it also raises the question of income, or if one’s income derives from real estate and that is temporarily stopped, how does one make up the gap in earnings and to that same question, how does it affect one’s life?

It is important to understand, as it cannot be said enough, that there is no solution to this problem because it is related to the debt and is systemic. The only way it can be solved is with a complete annihilation of the debt, either by paying it off (which it mathematically cannot be paid), disowning it (leading to a deflationary depression), or printing the money to pay it (and destroying the value of the currency bringing about hyperinflation).

The politically expedient answer is to print money, because it can be used to pay debt and bills and keep the economy going as well as people- for now -off of the streets. I emphasize the “for now” part because ultimately, it may just delay people from being thrown from their residences and to the streets as they don’t have the money to pay.

I am not saying that a homelessness crisis is guaranteed. I am saying that a homeless crisis is a part of a large problem, which is the bills cannot be paid, and it is serious affecting the economy, and there is no painless way to solve the problem. Therefore, the best solution is to prepare now as there is still time for the inevitable reckoning that is going to be forced to come and will spare no one.