You are here: Home › Study: Most Zoomers Believe In Moral Relativism 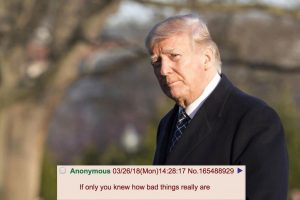 Each successive generation of Americans is as a general rule found to come out less religious and more indifferent than the previous one. It does not matter the race or time, as this is a consistent pattern that can be seen. In the case of the Zoomers, the Barna Group has published a recent study that, in addition to the known studies showing them to be the least religious, they are as a majority indifferent to absolute truth and instead embrace a philosophy of moral relativism.

Moral relativism is the “majority opinion” of Gen Z, with most teens and young adults holding to the belief that many religions can lead to eternal life, a new study has found.

“That’s a dramatic shift because as Jesus clearly taught and John 14:6, ‘I am the way the truth and the life and no one comes to the Father except through me.’ So exclusivism in that way is part of historic Christianity. Yet the surrounding cultural context says, ‘No, many religions can lead to eternal life,’” Jonathan Morrow, director of cultural engagement and student discipleship at Impact 360 Institute, said during the unveiling of the study Wednesday.

Additionally, 31% of teens and young adults “strongly agree” that what is “morally right and wrong changes over time, based on society,” compared to just 25% in 2018. Another 43% agree “somewhat.”

“That means literally moral reality … moral truth shifts as society shifts,” Morrow said. “That will have devastating consequences for everyone trying to live according to God’s good design and flourish as He designed them to function in this world as image-bearers.”

Just 10% of young people surveyed “strongly disagree” that what is “morally right and wrong changes over time, based on society.” Morrow described this minority as a group of “convictional people in Gen Z who actually think that objective truth and morality really exist and don’t change depending upon people’s desires or feelings or society over time, but there is an ultimate reference point, there is an ultimate anchor to moral and spiritual reality.”

“But the simple fact of the matter is, moral relativism hasn’t just crept into the worldview of Gen Z,” he stressed. “It is now the majority opinion.” (source)

The reaction of many Christians to this will be to respond with shock and surprise, and to ‘react’. However, there is nothing to really ‘react’ to. This has been building for a long time and is going to grow as a trend.

However, there is also an opportunity here, depending on how people respond to it.

Gunmen Kidnap Over a Hundred Children To Get Ransom Money
Will A Global Internet Tax Be Implemented?
Follow