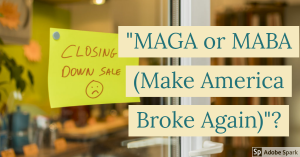 As the number of new coronavirus cases in the United States rose to a single-day record, fresh government data on Thursday showed another 1.3 million Americans filed for jobless benefits, highlighting the pandemic’s devastating impact on the economy.

More than 60,000 new COVID-19 infections were reported on Wednesday and U.S. deaths rose by more than 900 for the second straight day, the highest since early June.

The grim U.S. numbers come on top of extraordinarily high jobless figures, although they came in lower than economists had forecast.

Initial unemployment claims hit a historic peak of nearly 6.9 million in late March. Although they have gradually fallen, claims remain roughly double their highest point during the 2007-09 Great Recession.

With coronavirus cases rising in 41 of the 50 U.S. states over the past two weeks, according to a Reuters analysis, many states have had to halt and roll back plans to reopen businesses and lift restrictions. From California to Florida, beaches and bars have been ordered to close. Restaurants in Texas have been told they can have fewer diners.

Earlier this week, President Donald Trump criticized his health agency’s recommendations for reopening schools in the fall as too expensive and impractical, insisting that all schools must open for classroom instruction. Vice President Mike Pence said on Wednesday the Centers for Disease Control and Prevention would issue a “new set of tools” next week.

Many Americans cannot return to work if schools do not open for in-person learning, as they are a major source of childcare in the country.

The CDC’s director, Robert Redfield, on Thursday defended the guidelines but gave no details on what the CDC was changing. (source)

The economic problems right now are not Trump’s fault, but rather have been under development for a long time, and it was inevitable that they would be exposed at some point.

The fact that it is happening during an election year, and also with the problems that Trump’s campaign has, means that he is in real trouble.

Will Trump be re-elected? At this point, it is anybody’s guess. Either way, one might as well just sit back with a bowl of popcorn, grab a soda, and watch this show when one is not working. But the rest of the time, one should continue to work as much as possible in preparation for the future, since it is likely that the economic situation will become significantly worse, and one needs to prepare now while there is still time to do so, for there will come a point when it is too late.