You are here: Home › Money Shower 2.0 Coming In As The US Approaches Hyperinflation 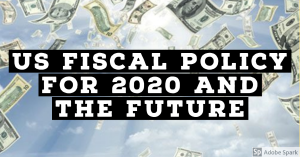 Shoebat.com and many other sites have been warning, for a long time, that once the money printing starts, it is very unlikely that it is going to stop. This is what makes the recent COVID-19 round of stimulus printing so fascinating, because the fact is that once the government starts printing money, she is not going to stop because she cannot lest the economy stop, and this will continue even if it means that the money printing until the value of the money itself becomes worth the paper that it is printed upon, which is nothing.

The recent passage of the Families First Coronavirus Response Act was the largest single expense in American history, totaling almost 40% of the total 2019 federal budget. Noe the Trump administration is preparing to spend another equivalent amount of money with a second COVID-19 stimulus bill for the public, according to Business Insider, and the bill advances in Congress.

As expanded unemployment benefits are set to expire amid a new increase in jobless claims, lawmakers appear to be nearing consensus with the White House about how to further aid the United States’ ailing economy.

In an interview with CNBC on Thursday morning, Treasury Secretary Steven Mnuchin said a Republican bill would extend a reduced level of federal unemployment income and include a second round of $1,200 direct payments very similar to those sent four months ago.

President Donald Trump, who has pushed a payroll-tax cut in recent months despite little support from his own party, “wants to get money into people’s pockets now, because we need to reopen the economy,” Mnuchin said.

“The president’s preference,” he added, “is to make sure that we send out direct payments quickly.”

Senate Majority Leader Mitch McConnell had said that any direct payment should be narrowly focused on Americans with lower incomes — specifically, he targeted a $40,000 income ceiling.

Congressional Republicans have decried a $600 weekly unemployment bonus, which is set to expire at the end of the month as the pandemic rages in the United States. About 70,000 new coronavirus cases were reported on Wednesday, with the death toll reaching over 142,000.

Democrats sought to continue the full $600 unemployment bonus beyond July 31, as well as extend the stimulus payments to more people than included in the first round, like students and adult dependents.

There’s ample evidence that the expanded unemployment payments coupled with the stimulus payments helped consumer spending rebound earlier this year despite record unemployment. Research has found that the government aid helped to keep about 12 million Americans out of poverty. (source

Congress is not going to do anything to stop this because it does not matter at this point. They have given money to major corporations and themselves for years, so now that the public has finally figured this out and wants it, and since all politicians want to be re-elected, why should they stop now?

Understand very clearly that the country is heading for hyperinflation. Now I am not saying just “spend money,” but saving this or other monies long-term is a very bad idea since the more a currency is printed, no matter what it is, the more its value decreases. This is a simple fact of economics.

Politicians will likely hyperinflate the dollar before they allow a natural deflation, and given the massive debt load that the US is carrying, it is very likely that, Alan Greenspan has said before, the government will simply print money to fund her obligations even if it completely destroys the life savings of the common man. It is one of the biggest wealth transfers in history and is a horrible form of stealing, but at this current point, it is not going to be stopped because of policy reasons. The only real way to stop it at this point is to force the process to continue so that the currency does collapse and after collapsing, it can be rebuilt by most likely issuing a new dollar and buying back into the old currency at a discounted percentage of the previous value prior to massive inflation driven by printing.

The wisest move at the current time is to spend what money one has on preparations for surviving the next ten to fifteen years, which are going to see a lot of social turbulence and instability. Savings works well under normal conditions, but these are extreme times, and extreme times call for not necessarily extreme, but creative solutions to see a way forward.