You are here: Home › Seven Pakistani Teens Take Kitten, Violently Sodomize It For A Week Until It Dies Of Organ Failure 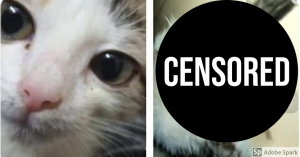 From time-to-time, I try to report on various crimes around the world of a particularly horrendous nature, simply because it is about awareness of the horrible things that go on around us, and realizing that no man is exempt from sin or its consequences. Human problems are not contained just to particular races, and while certain tendencies may be found in higher concentrations or repeated more often in certain groups, this does not mean that “X group only does thing A”, or that “Z group can never do thing A because they are Z”. If anything, when such an observation is true, it usually means that while “X” group may do something more frequently than Z, when Z does that same thing, it may be more violent than when X does it.

In an example of horribly disordered behavior, a story from OPIndia reports that seven Pakistani teenage boys have been arrested on charges of animal abuse for taking a kitten and raping it for a week to the point that the animal died of organ failure.

In a shocking incident, a kitten was reportedly raped by a 15-year-old teenager and 6 of his friends for over a week in Lahore, Pakistan. The information about the gruesome incident was shared on Sunday by a Pakistan-based NGO named JFK Animal Rescue and Shelter.

The post by the animal shelter read that the kitten was bought by a family in Lahore and the boy who, with other friends, had committed the crime is the 15-year-old son of the family. A local girl who was suspicious about the abuse had kept an eye on the kitten and the boys. The girl had also reportedly offered the family to take the kitten but she was refused.

The animal shelter page had also added that it was the fifth case of animal sexual abuse they have faced.

As per the report, the kitten was abused to such an extent that she died due to multiple organ failure. The carcass was then left in a nearby dumpster. While the veterinary doctor conceded that the feline was raped, he refused to give it in writing to avoid involvement in the case. However, the mother of one of the accused has dismissed all allegations of rape. She said, “My son did not do this. Someone from the street must have done it.” A girl, under the assurance of anonymity, reported about the incident to the NGO. The animal rights organisation has condemned the heinous crime and demanded that all culprits be brought to justice.

“Some rapists will get another dog or cat or a monkey. Because it is so much easier raping the voiceless and weak as they wont even be able to tell what you devils did to them right? You know this voiceless don’t have laws and are not taken seriously here, so you chose them to rape,” the post emphasized. The NGO demanded serious therapies and sex education programs urgently to fix the issue of animal abuse, despite the opposition of orthodox mullahs.

“The kitten is buried and surely speaking to God up there about what ever happened to her in this cruel world. This is Pakistan, and these are Pakistani men. Men are choosing animals for rape now after women and minors,” the Facebook post emphasised about the grim situation. (source)