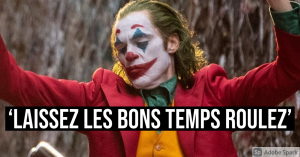 I said this was going to be a fun election, and indeed the fun is just beginning as the Milwaukee City Wire reports that seven wards in Milwaukee are reporting more votes than actual registered voters.

Seven City of Milwaukee voting wards reported more 2020 U.S. Presidential election votes than they had registered voters, according to an analysis of results and Secretary of State files.

Five of them are in the city’s eleventh aldermanic ward, on the city’s far Southwest Side.

Biden ran up gaudy margins in many Milwaukee voting wards.

Trump received 15 or fewer votes in 16 Milwaukee voting wards including a total 7,389 registered voters. Biden defeated him 5,217 to 151 in them.

Trump won nine of 327 Milwaukee voting wards in his inaugural presidential run. Clinton won the other 318.

Wisconsin is one of 21 states that allow same-day voter registration at the polls. (source)

I have nothing to say on this than just to sit back and watch the show, because at this point, as they say in Cajun French, Lassez le bon temps rouler.

Biden could be our next president, but we’ll wait and see
Federal Judge Criticizes The US Postal Service For Losing Track Of Hundreds Of Thousands Of Ballots, Some Of Which From Pennsylvania, Michigan And Wisconsin
Follow