You are here: Home › UK Moves To Outlaw Petroleum-Powered Cars In Favor Of Electric Ones 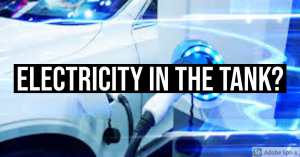 The future is always in motion, but with each industrial revolution, it seems more “here” than in a story, but that the stories of the past become reality. In the case of transportation, one of the trends to watch for will be increasing urbanization combined with newer “technologies” for vehicles, such as electric cars. The Financial Times reports on this, where the UK is now moving to outlaw petroleum-powered cars in favor of electric ones.

The sale of new petrol and diesel cars will be banned within a decade, Boris Johnson is set to announce this week as part of a broader package of green initiatives.

In February the prime minister said he was bringing forward a ban on the sale of new petrol and diesel cars from 2040 to 2035.

Now Mr Johnson is expected to move the date to 2030 in an attempt to jump-start the market for electric cars in the UK and propel the country towards its goal of net zero emissions by 2050, according to government and industry insiders.

However, ministers are expected to keep the less stringent date of 2035 for an end to the sale of hybrid cars that are powered by electric batteries as well as traditional motors.

While electric car sales are rising strongly, they were still below 7 per cent of all new vehicles bought across the UK last month, according to the Society of Motor Manufacturers and Traders, a trade body.

The car industry has long argued that significant funding for infrastructure is required to help convince motorists to switch to electric cars, which are currently more expensive than petrol or diesel vehicles.

Some £500m of government funding for charging infrastructure is due to be rolled out from next year.

There is still widespread consumer confusion about the differences between electric cars that have batteries but no engine, and various forms of hybrid vehicles that involve traditional motors.

Last week, the Department for International Trade wrote on Twitter that Nissan’s new Qashqai model would be an “electric” car, when the model is actually a hybrid.

The car industry has lobbied for the sale of new hybrid vehicles to be phased out at a later date than petrol and diesel models, arguing that they are a way of getting more consumers acquainted with battery technology.

One in four cars sold in the UK contains some form of hybrid technology. (source)

Now this is an older piece- from almost a month ago -but I am putting this up because I believe- strictly my opinion -that it is relevant for the future.

Talk has been around for years about getting rid of vehicles powered from petroleum derivatives, and it is largely a political thing. Pollution centuries ago was far worse globally than it is now, and yet one would think the world is on the edge of an environmental disaster.

In the case of vehicles, the issue is simple. Electric vehicle, aside from the fact that they simply are not as good are more prone to break, and have very expensive repairs, is that they require a constant electrical source nearby in order to keep them in use. A gas or diesel engine just needs the liquid fuel, which once it is delivered, doesn’t need electricity to keep such engines running. It is also difficult to produce electricity to sustain these cars at the necessary rate, meaning a possibility for shortages if not addressed.

This is, to me, an important emphasis. I have said before that the shift into the cities is not an accident, but a long-term trend that is part of eugenics, impoverishment, the UBI, AI, and the turning off of the radio stations. Essentially, it is not directly forcing people, but putting people into a position where those who want to not partake of the negative coming social consequences may have to avoid as much as possible the major urban areas. However, if one cannot have a job, nor are there even minimal services (I speak of road services save for main roads and the like, forget about police protection)

This isn’t something to worry about- for now. Rather, like the Mathusian acolytes of the 1970s but whose dreams are potentially more realistic now than ever before, the fact is that long-term trends suggest more control, urban consolidation, increased costs, a loss of freedom, and more restrictions on movement. Electric cars do move people, but given how they function and their complexities, could play an important role in furthering this general trend. The automobile industries do not care ultimately because of profit reasons- if they are state subsidized, which many are, their money is going to come from the government and not sales so much, so it is in their interest to keep their own checks coming in by supporting whatever the policy being advanced is.

The ultimate loser here is the common man, who is pushed into accepting more losses to his freedom, more consolidation in one sense and at the same time, isolation in the other, as he is isolated from his ability to move as he wants and forced into an environment he does not want to be in, leaving city such as Los Angeles looking less like what one knows it today, and more like how it did in Blade Runner.