You are here: Home › Swedish Scientists Prepare To Blot Out The Sun In Experiment For ‘Cooling’ The Earth 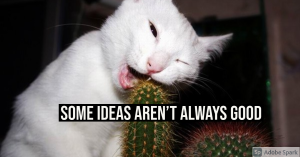 There are a lot of, frankly, crazy ideas associated with science. One needs only to think of the mad “Dr. Frankenstein” and his infamous monster immortalized in Shelley’s tale, or of the eugenic madman in The Island of Dr. Moreau, who creates his own race of mutants to rule over on an island, only to be destroyed by them. Science is good, but science done with bad or misguided ideas can create disastrous results.

Such an interesting disaster, or perhaps potential disaster, was reported on by ThomsonReuters, which documented how Swedish scientists are preparing to experiment with blotting out the sun in order to induce ‘global cooling’, a presumed ‘solution’ to the ‘problem’ of global warming.

Harvard University scientists plan to fly a test balloon above Sweden next year to help advance research into dimming sunlight to cool the Earth, alarming environmentalists opposed to solar geoengineering.

Open-air research into spraying tiny, sun-reflecting particles into the stratosphere, to offset global warming, has been stalled for years by controversies – including that it could discourage needed cuts in greenhouse gas emissions.

In a small step, the Swedish Space Corporation agreed this week to help Harvard researchers launch a balloon near the Arctic town of Kiruna next June. It would carry a gondola with 600 kg of scientific equipment 20 km (12 miles) high.

“There are very many real concerns” about the risks of climate change and solar geoengineering, said David Keith, who is involved in the project and is a professor of applied physics at the Harvard School of Engineering and Applied Sciences.

“Understanding them requires a range of activities including experiments,” said Keith, who is also a professor of public policy at the Harvard Kennedy School.

The unmanned flight had originally been planned for the United States but was moved, partly because of U.S. restrictions caused by coronavirus.

The flight, which requires approval from a Harvard project advisory committee, will test how to manoeuvre the balloon and check communications equipment and other systems. It would not release any particles into the stratosphere.

Still, if successful, it could be a step towards an experiment, perhaps in the autumn of 2021 or spring of 2022, to release a tiny amount – up to 2 kg – of non-toxic calcium carbonate dust into the atmosphere, Keith said.

Studying that material’s effects on high-altitude sunlight could help advance understand of how solar geoengineering might work.

But opponents see the Swedish balloon as a step on a slippery slope towards engineering the climate with an artificial sunshade – something with potentially large and hard-to-predict risks, such as shifts in global rain patterns.

“There is no merit in this test except to enable the next step. You can’t test the trigger of a bomb and say ‘This can’t possibly do any harm’,” said Niclas Hällström, director of the Swedish green think-tank WhatNext?

“Swedish society is increasingly calling for real, immediate solutions to climate change,” he said – such as a rapid transformation away from fossil fuels and toward a zero-carbon society.

He said the Harvard project “represents the polar opposite”, as it could create the impression that continuing use of fossil fuels is possible.

“They don’t want to stop at this small experiment. The reason is to get bigger experiments,” she said.

She and Hällström said the plan would violate a global 2010 moratorium on geoengineering under the U.N. Convention on Biodiversity.

Officials of the Harvard project, the Stratospheric Controlled Perturbation Experiment (SCoPEx), said they did not believe it needed any special approval from Sweden for the flight.

Anni Bolenius, spokeswoman for the Swedish Space Corporation, also said “We comply with all applicable international and national legislations.” (source)

Nothing about this idea seems good. Everybody needs the sun in order to live. The Earth gets warmer and cooler naturally. Interfering with this cycle seems potentially to be a very disastrous thing. I can recall the film “The Second Renaissance,” where scientists attempt to blot out the sun to stop a robot takeover of the world, only to instead further snuffing out much of the rest of what remains of the human race.

As a trend, however, it is not inconsistent with strange experiments, especially that can affect a lot of people. It also fits with trends on eugenics, which is something that has seen a strong comeback globally.

If this experiment is successful (or in theory if it was to go wrong in a large way), it could result in causing major crop or environmental damage, intentionally or not, in the name of ‘stopping global warming’.

With the rise of nationalism and other political trends, experiments such as this are something to pay attention to when they arise, since they may be signs of greater projects taking place that, while unknown to the public, may have serious consequences for many.

Brazil Rules Everybody Has To Get A COVID-19 Vaccine Or Else Lose State Benefits, Face Movement Restrictions
The Ancient Aryans And Mankind’s Destructive Spiral Into Paganism
Follow